Ben started karate back in December and has been working hard for the last couple of months learning the basics and getting ready for his first belt testing.  Friday night he was ready to test for his yellow belt. 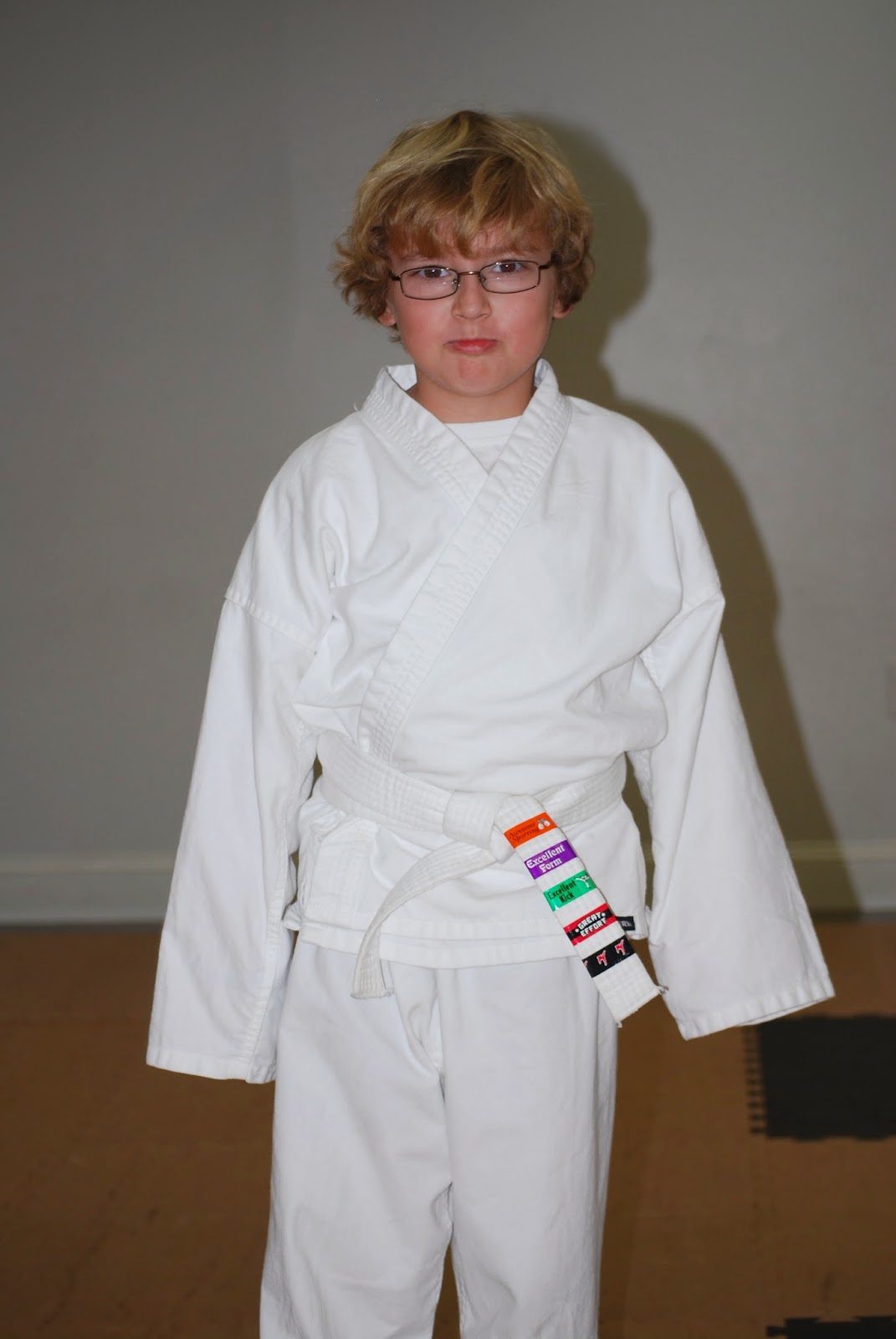 All of the white through orange belts test together so there was lots of waiting for his turn! 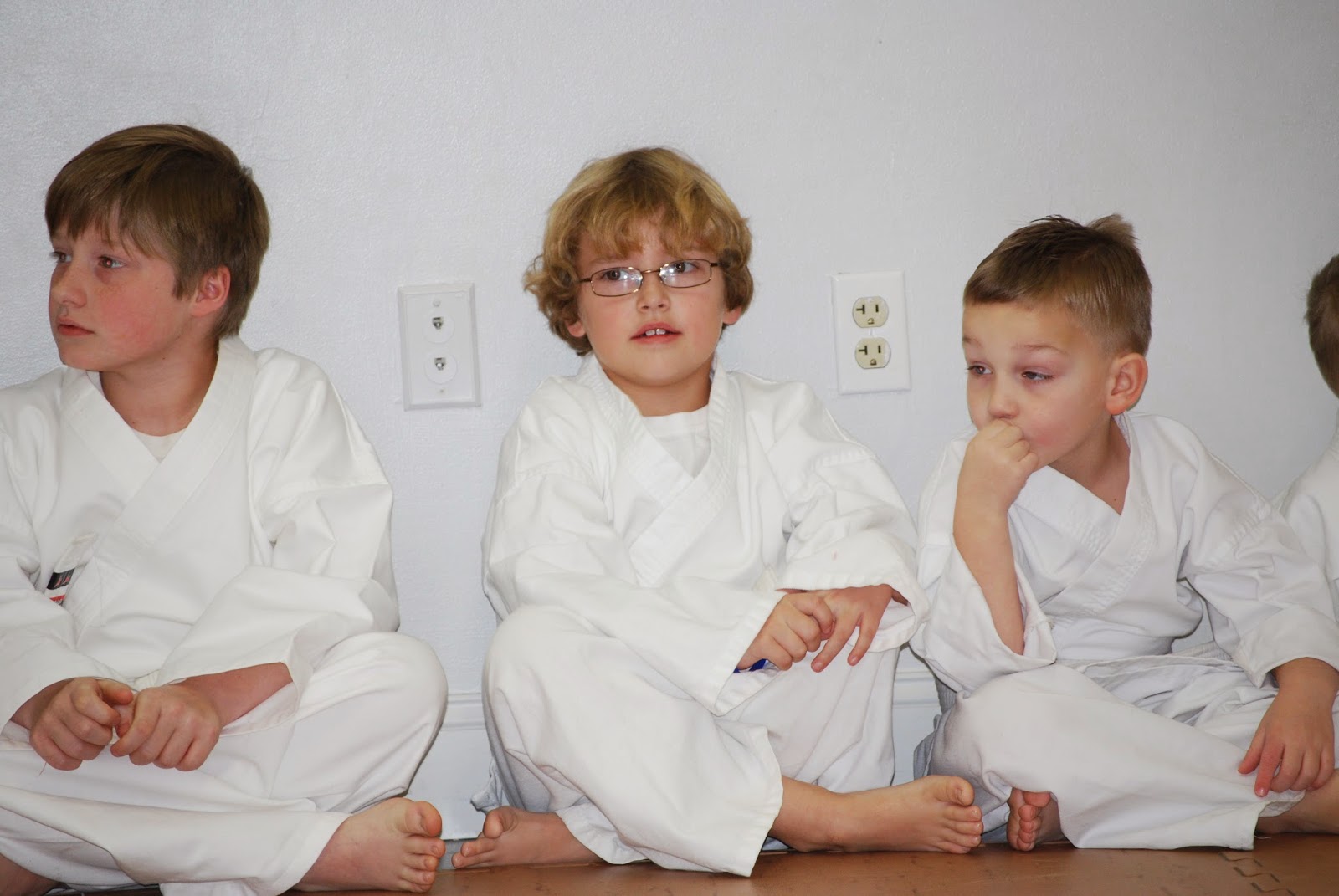 Then it was time for him to face the panel... 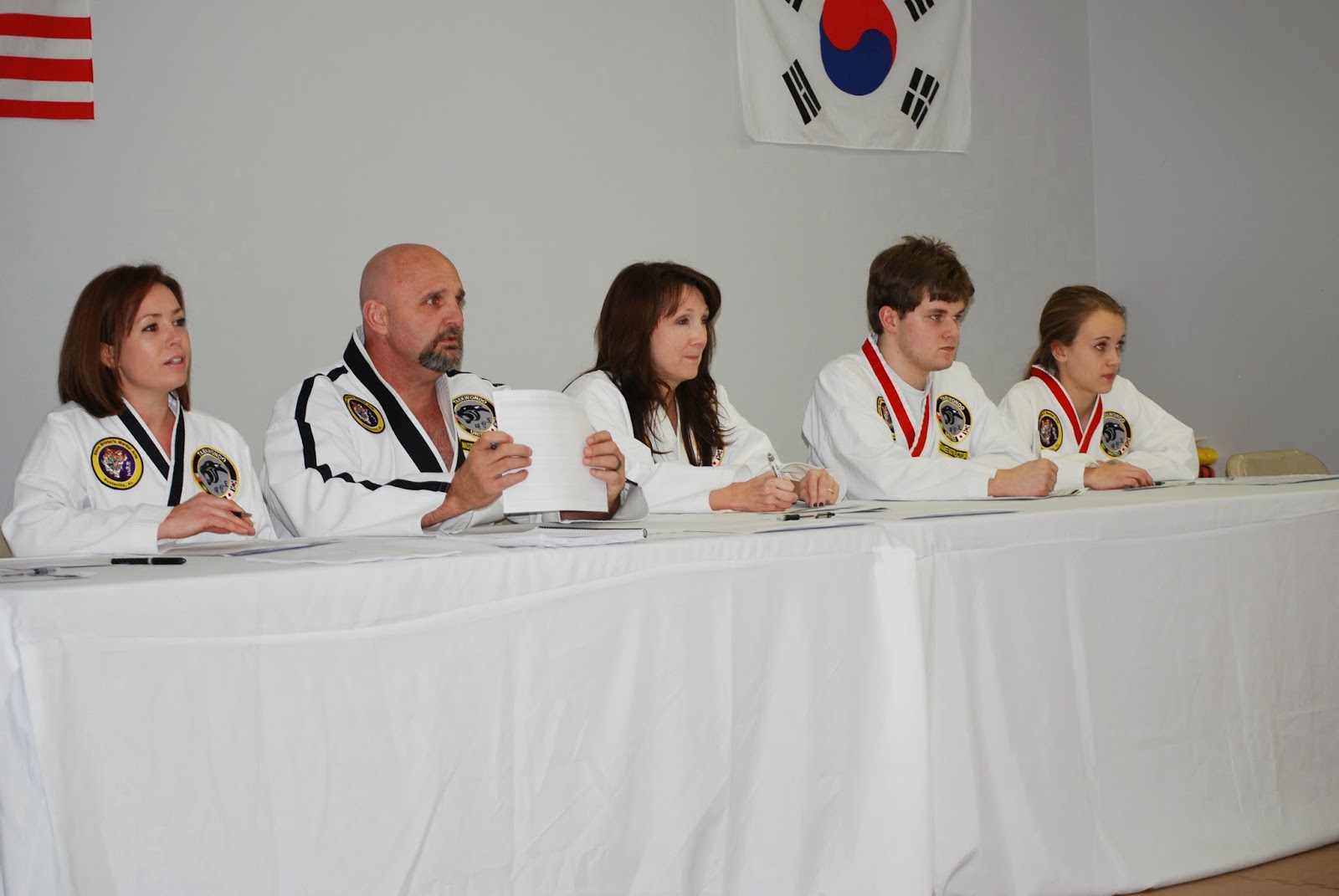 It was actually not that scary.  He was with 3 other people and they first had to show off their form. 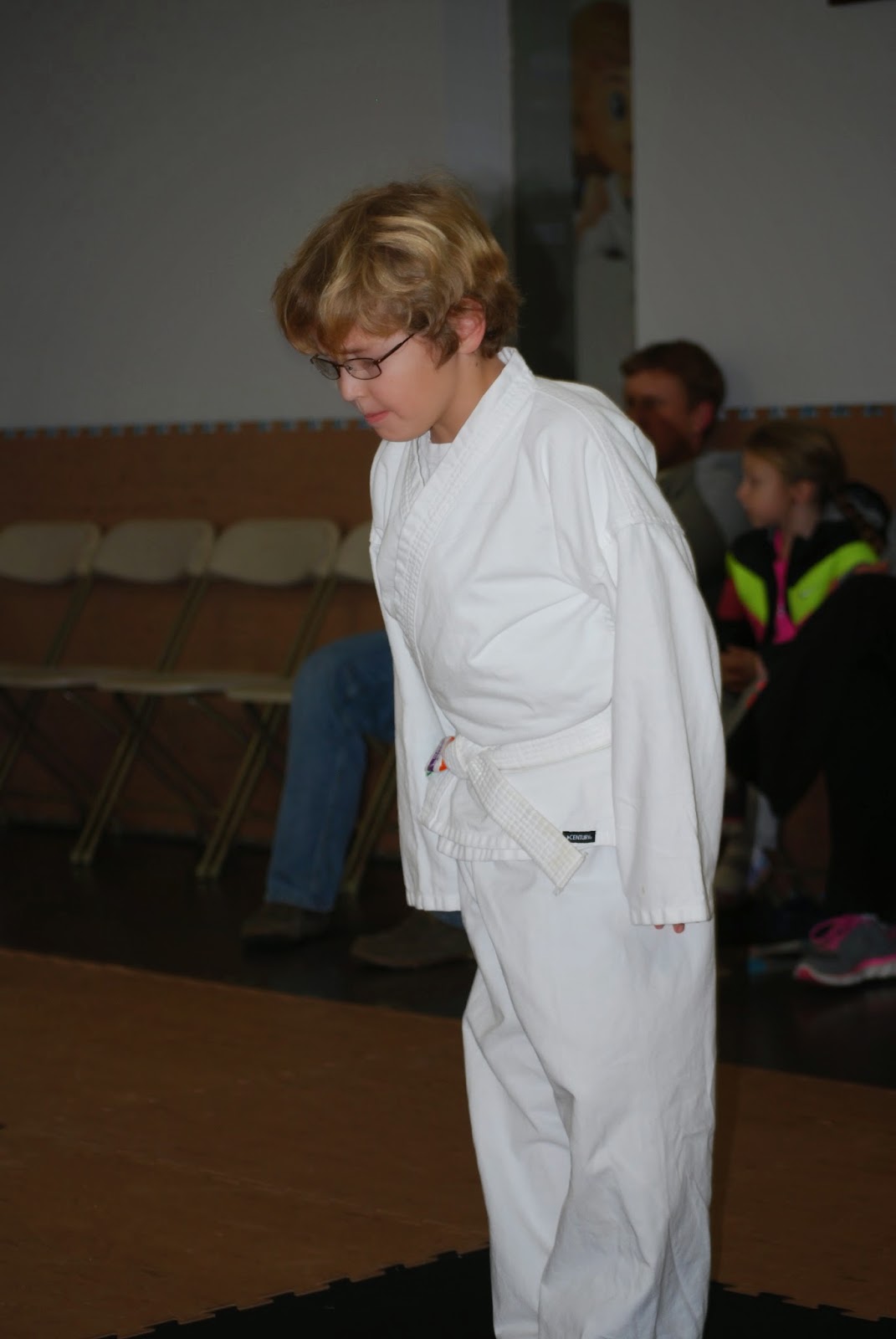 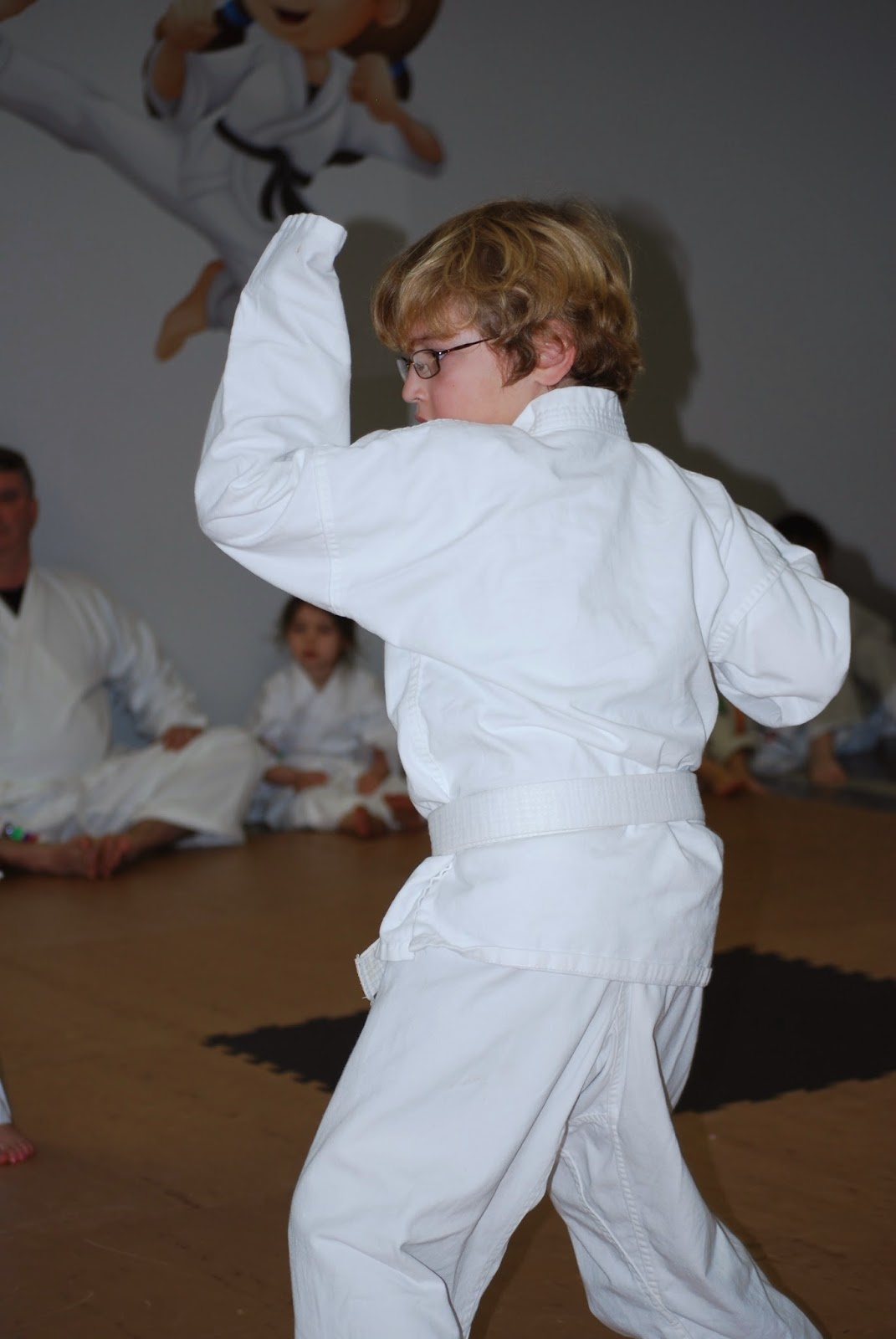 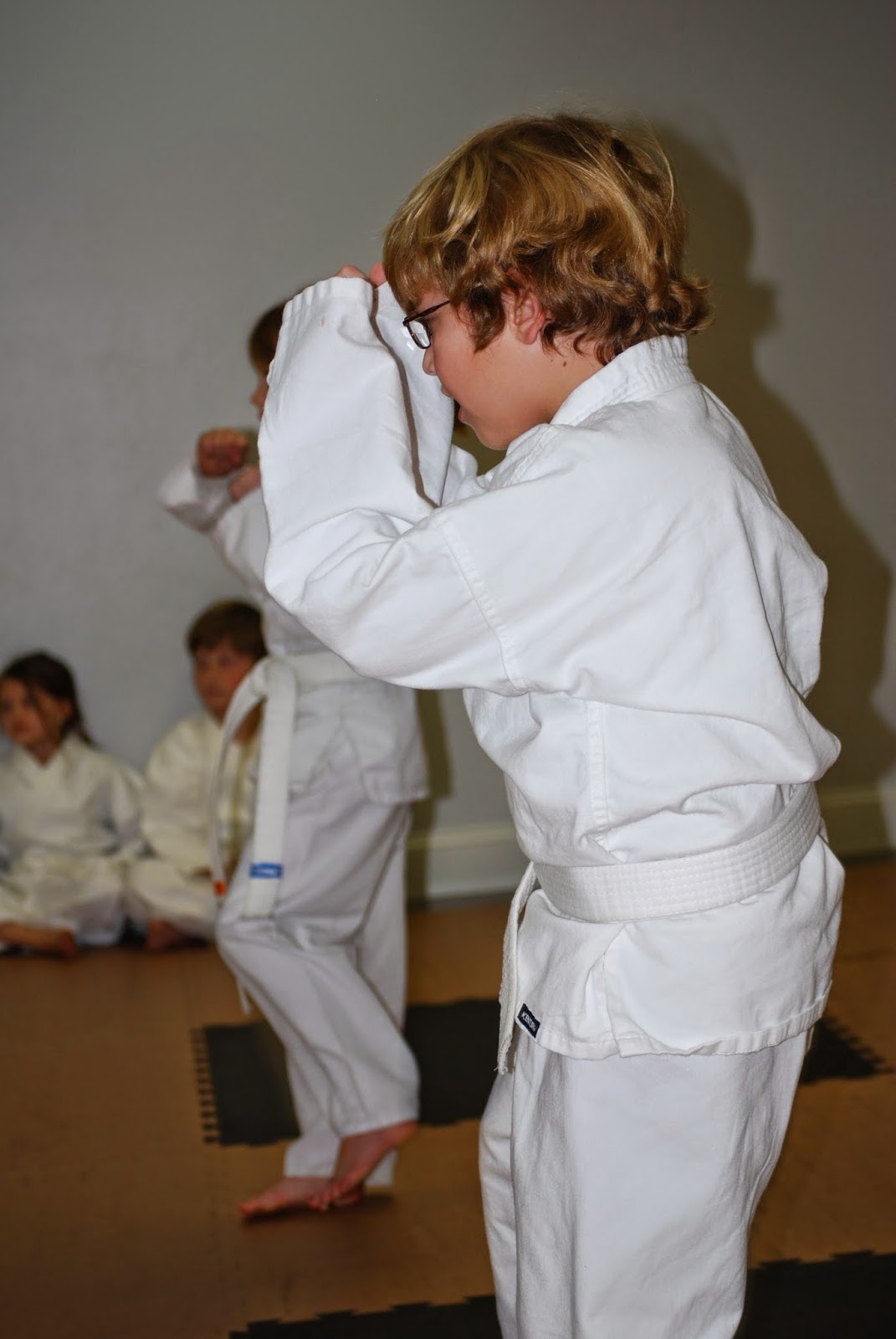 And then do some one step sparing. 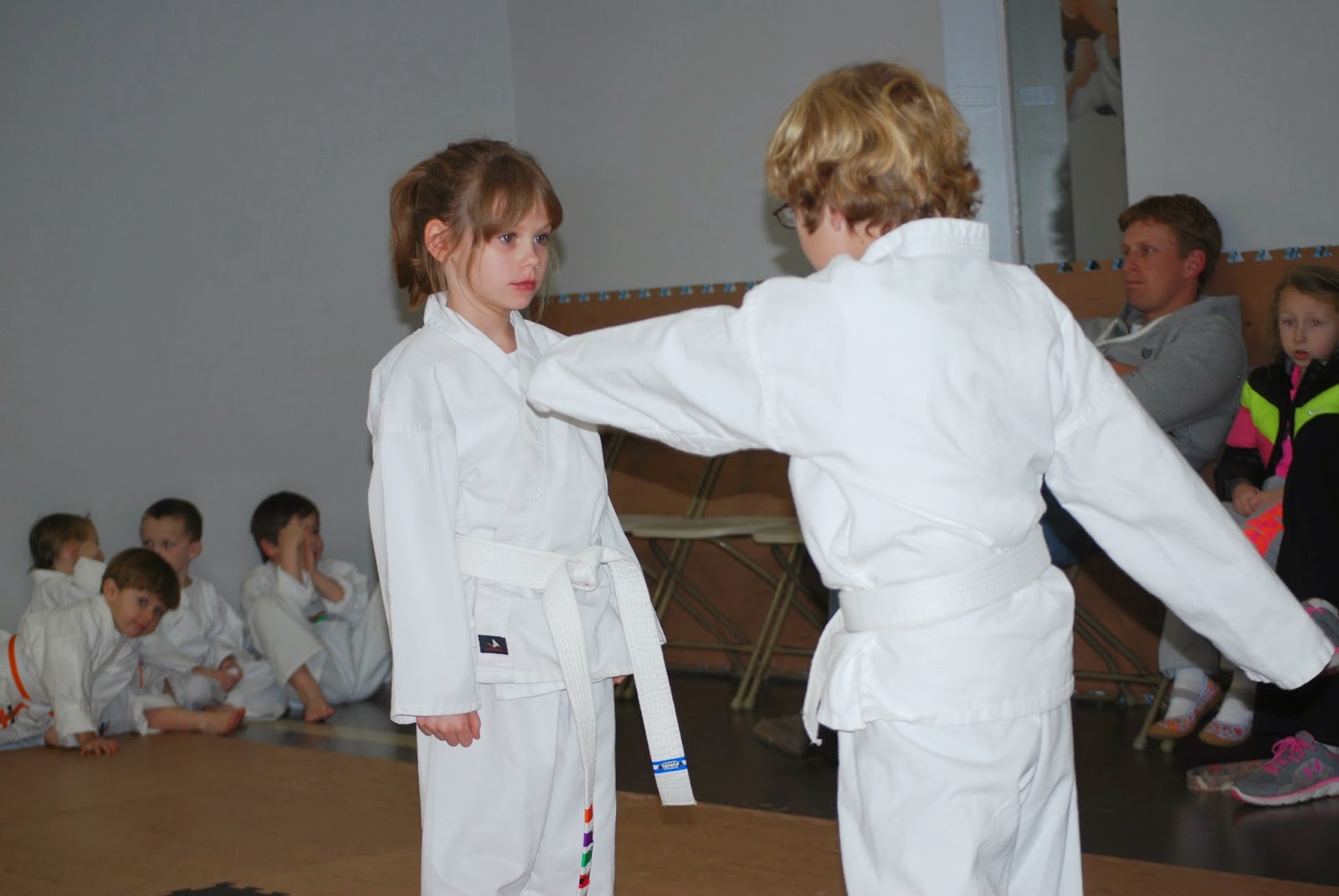 Ben did awesome!!  He passed with flying colors and received his yellow belt! 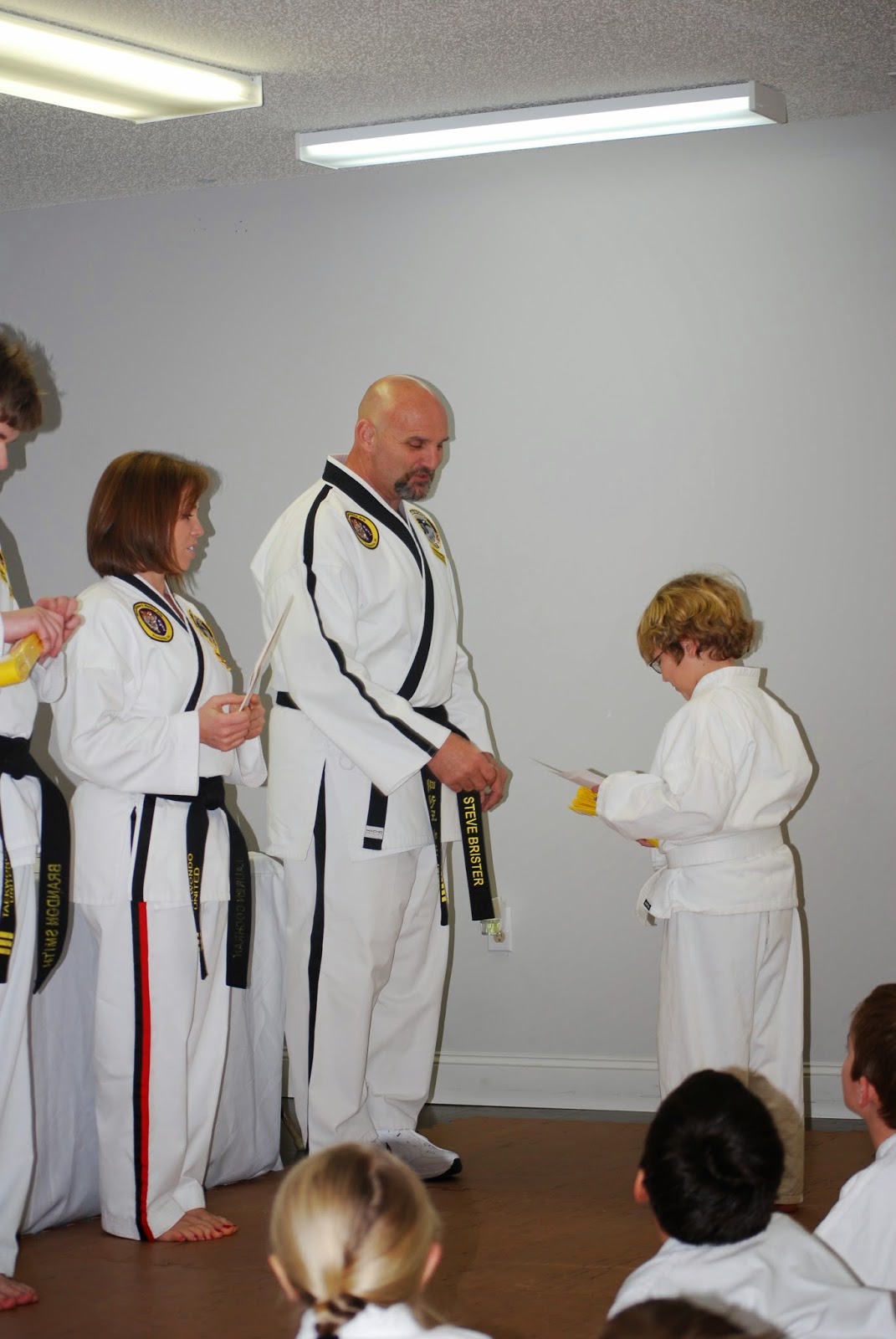 His buddy Hunter got his senior orange belt and they had to take a silly picture together. 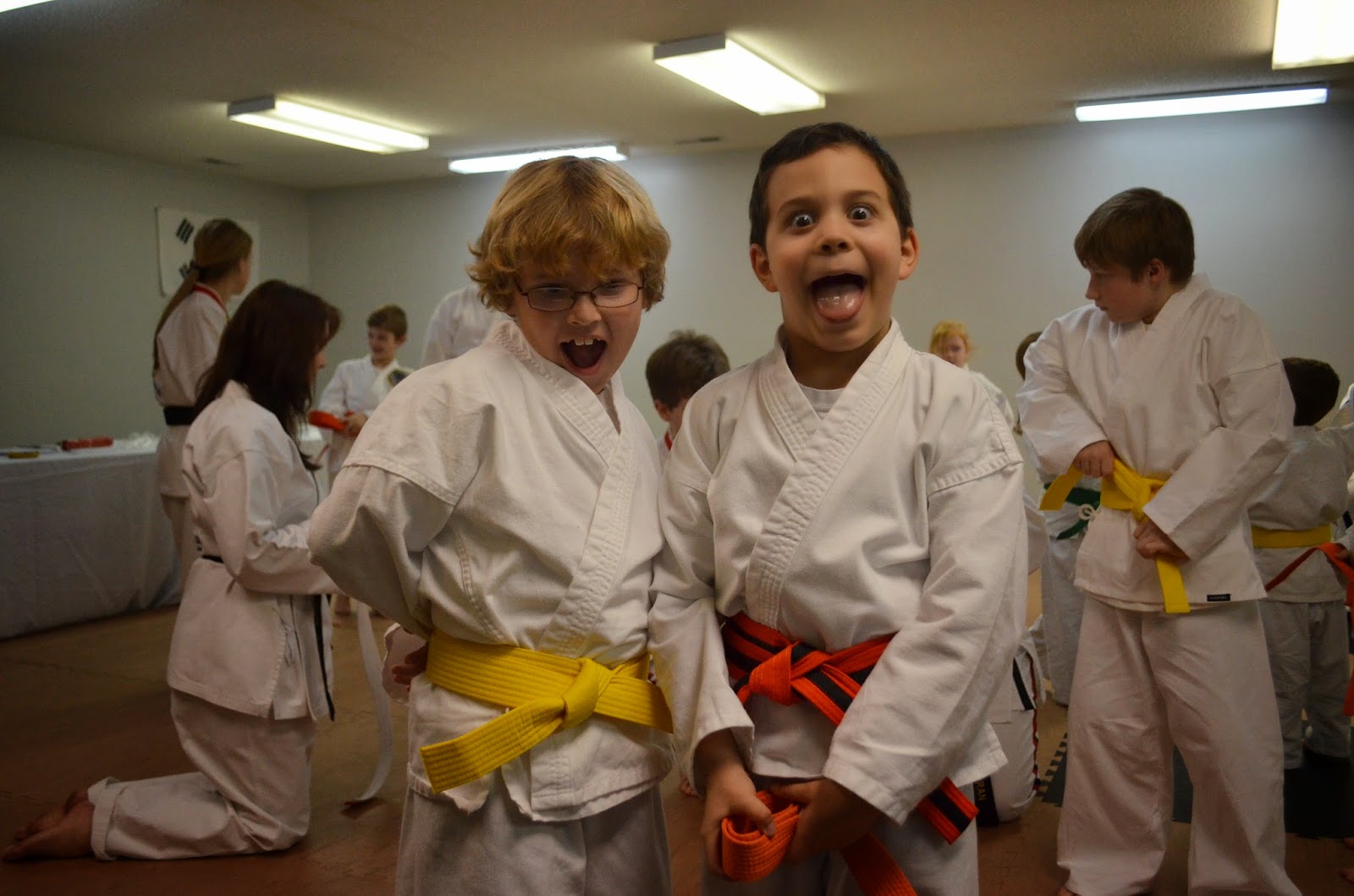 They all threw their old belts up into the air at the end! 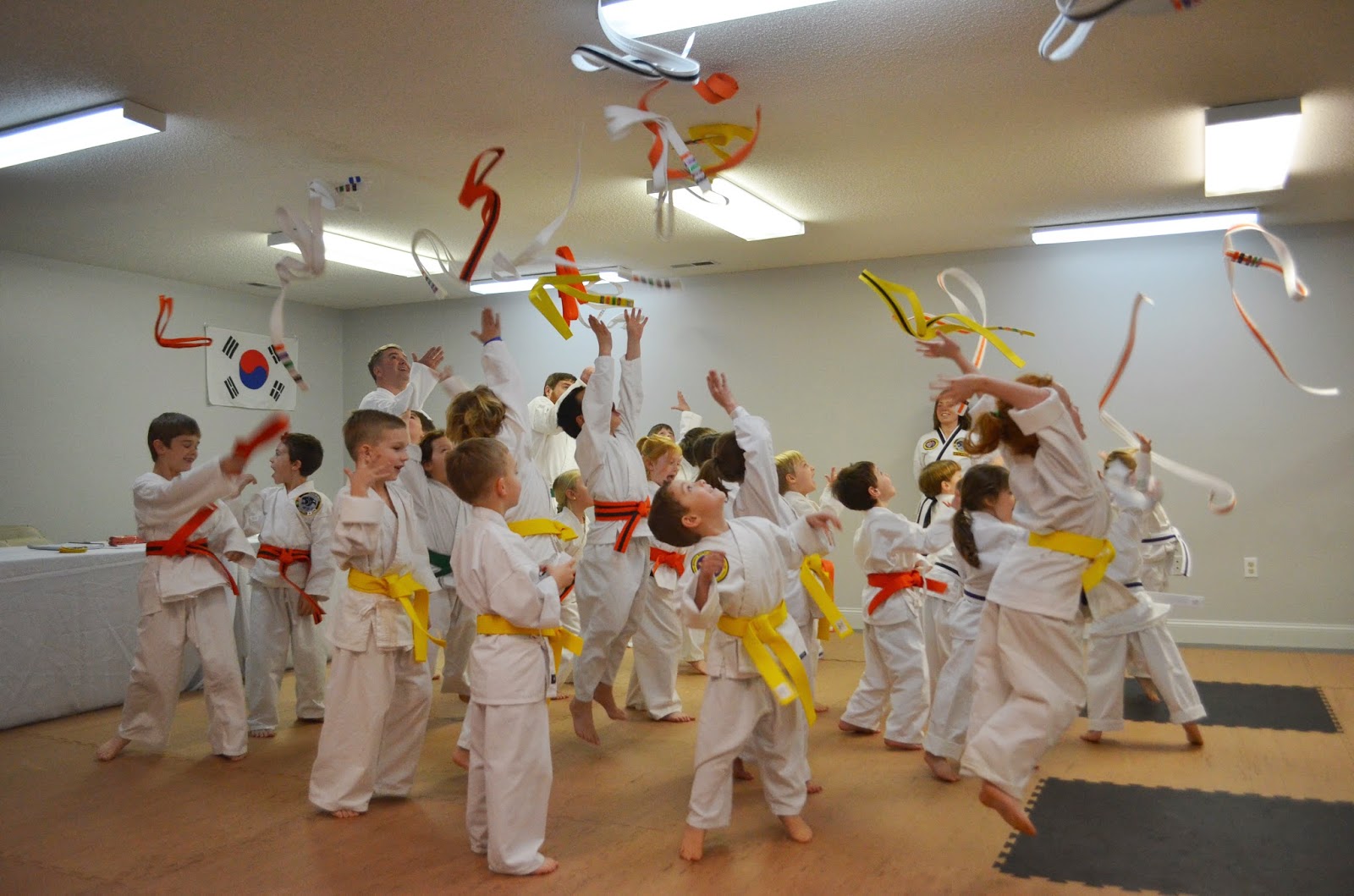 We are so proud of how well Ben has done with his new endeavor.  It has given him a lot of confidence.  Now it is time to work towards that orange belt! 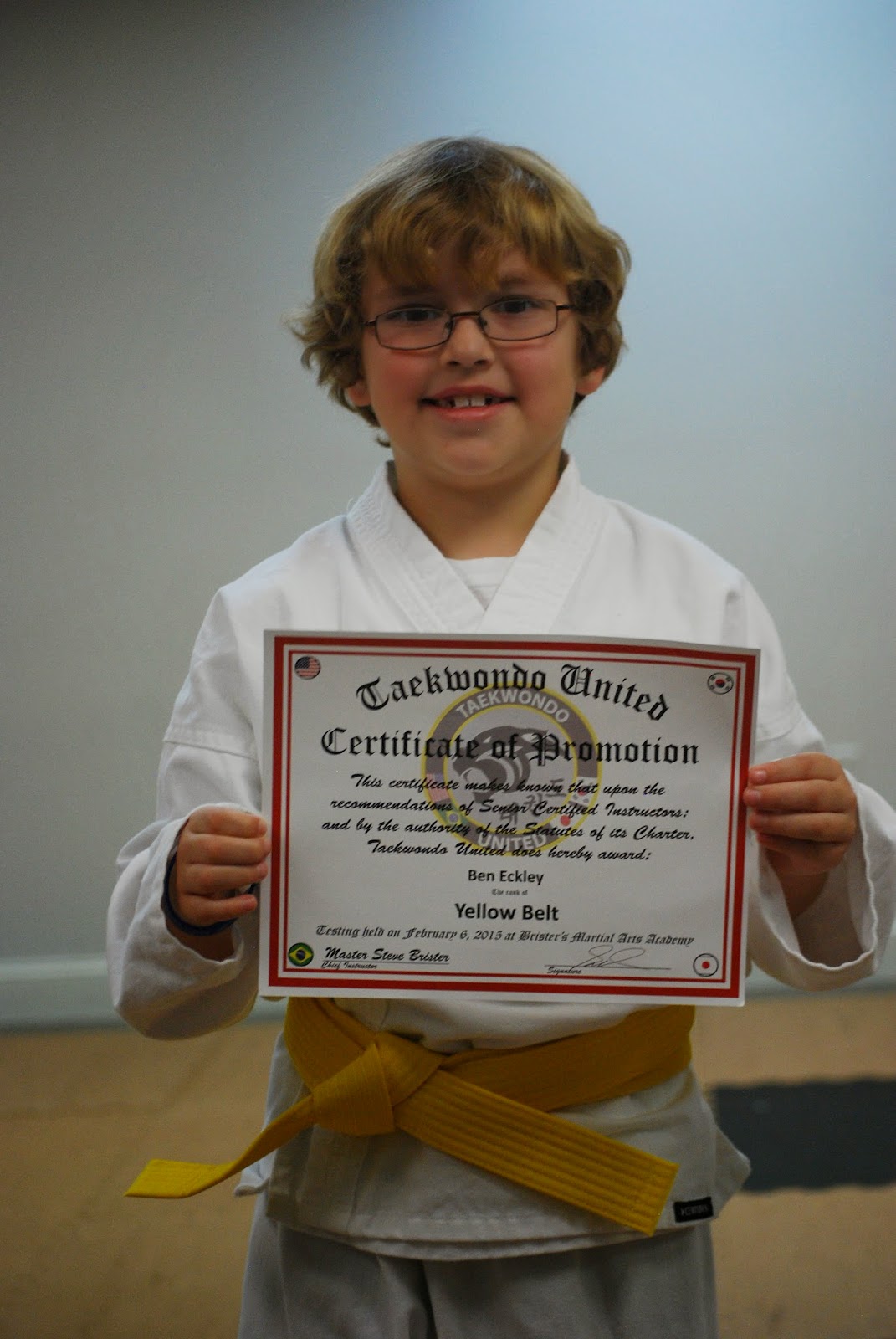