We should have called this past weekend the party weekend. The kids had a birthday party everyday.  It is just that time of year.  It is so much fun.  I love seeing their friend's personalities come out through birthday parties.  Up first on Friday afternoon/evening was Hunter's party.  He invited 4 boys to head out to his grandparent's farm.  They had a BLAST!!!  I think they played hard for hours. 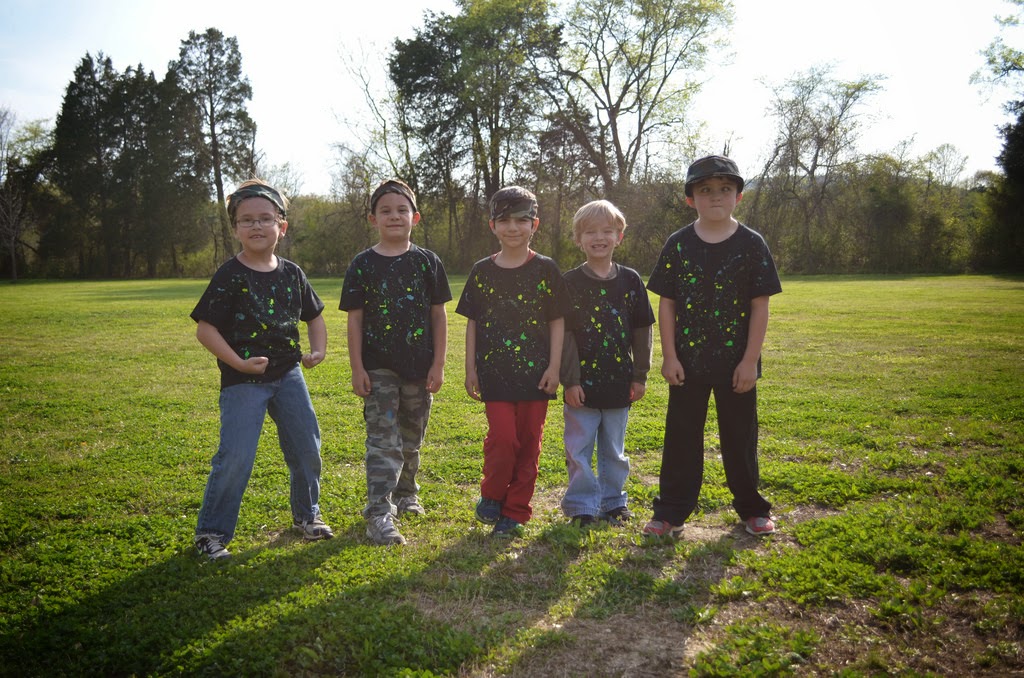 Fishing was a highlight for Ben.  They also played games and just ran around and did "boy stuff" on the farm.  They stayed out very late.  We got a glimpse at what life with teenagers will be like.  They didn't get home until after 9:00 so we were trying to stay awake so we could go get him.  Ha!! 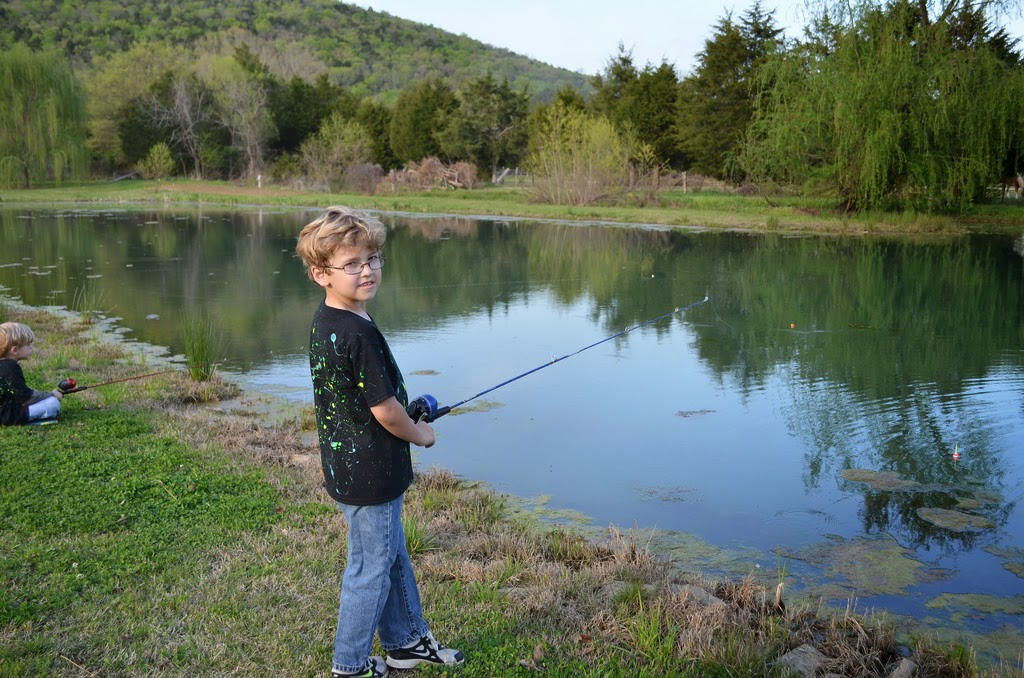 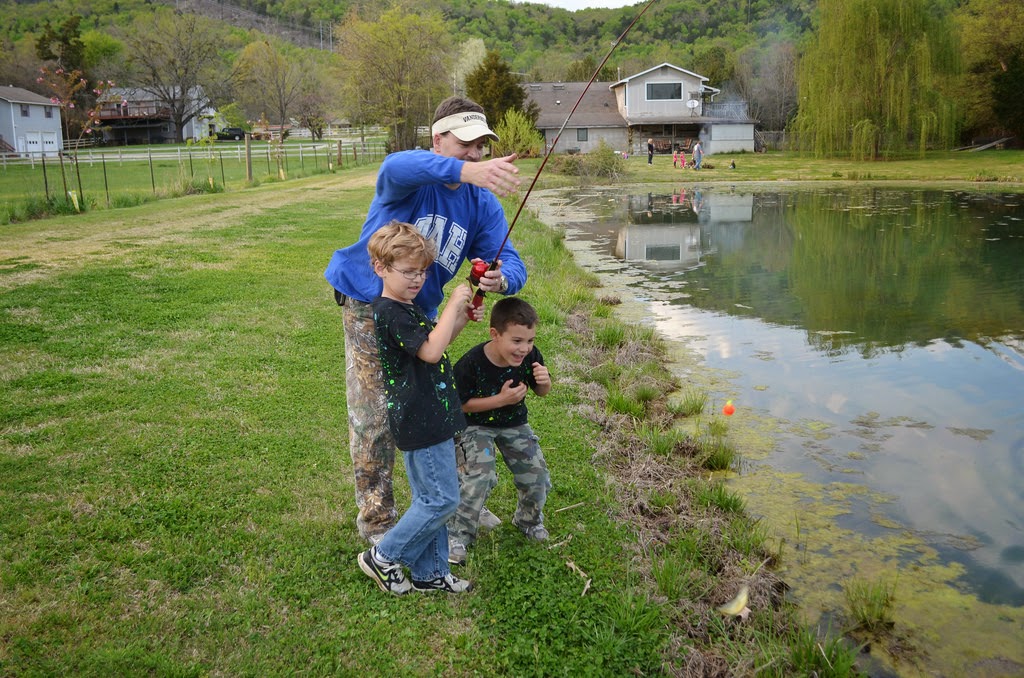 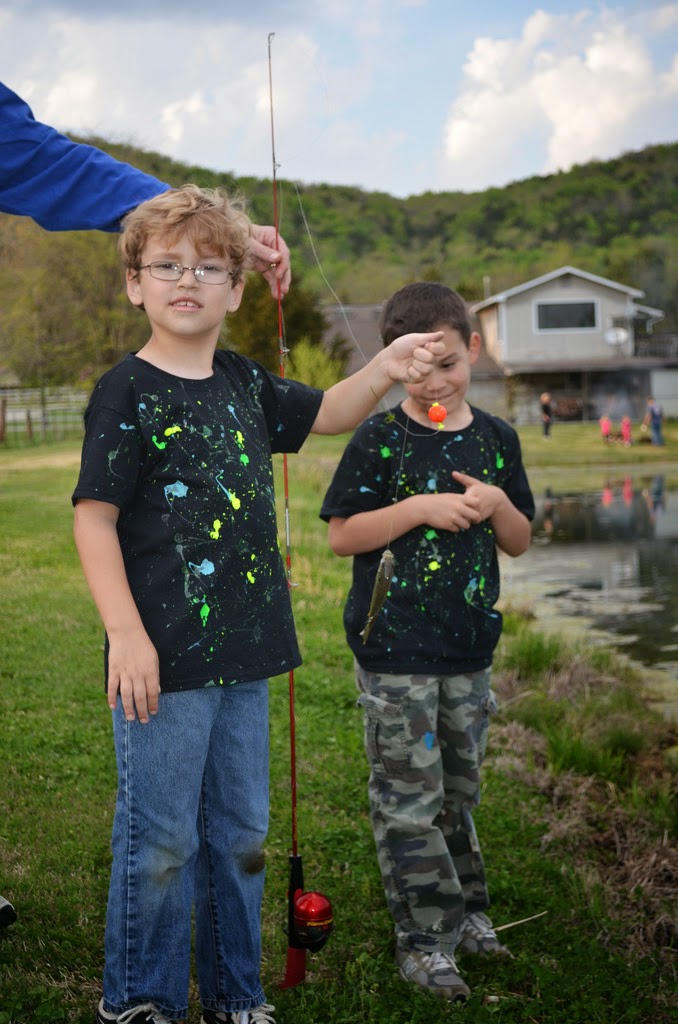 Saturday Kate went to Cole's dinosaur party.  Cole is in Kate's school class, Bible Study class and Sunday School class.  They are together pretty much everyday.  Kate knew Cole was a huge dino fan so she wanted to get him dinosaurs.  It was a sweet little party where the kids just played outside and had fun.  It was fun seeing her interact with her school friends. 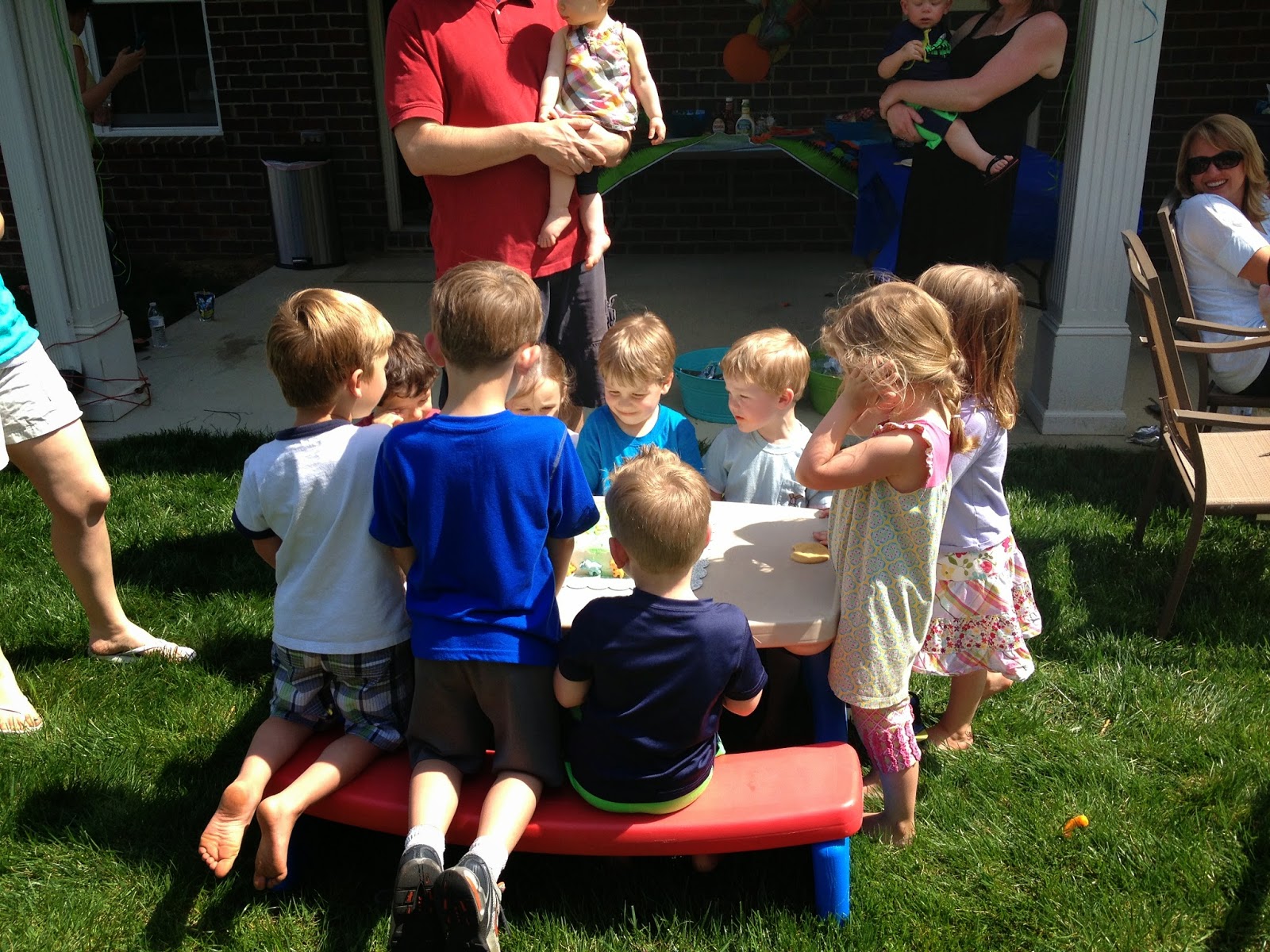 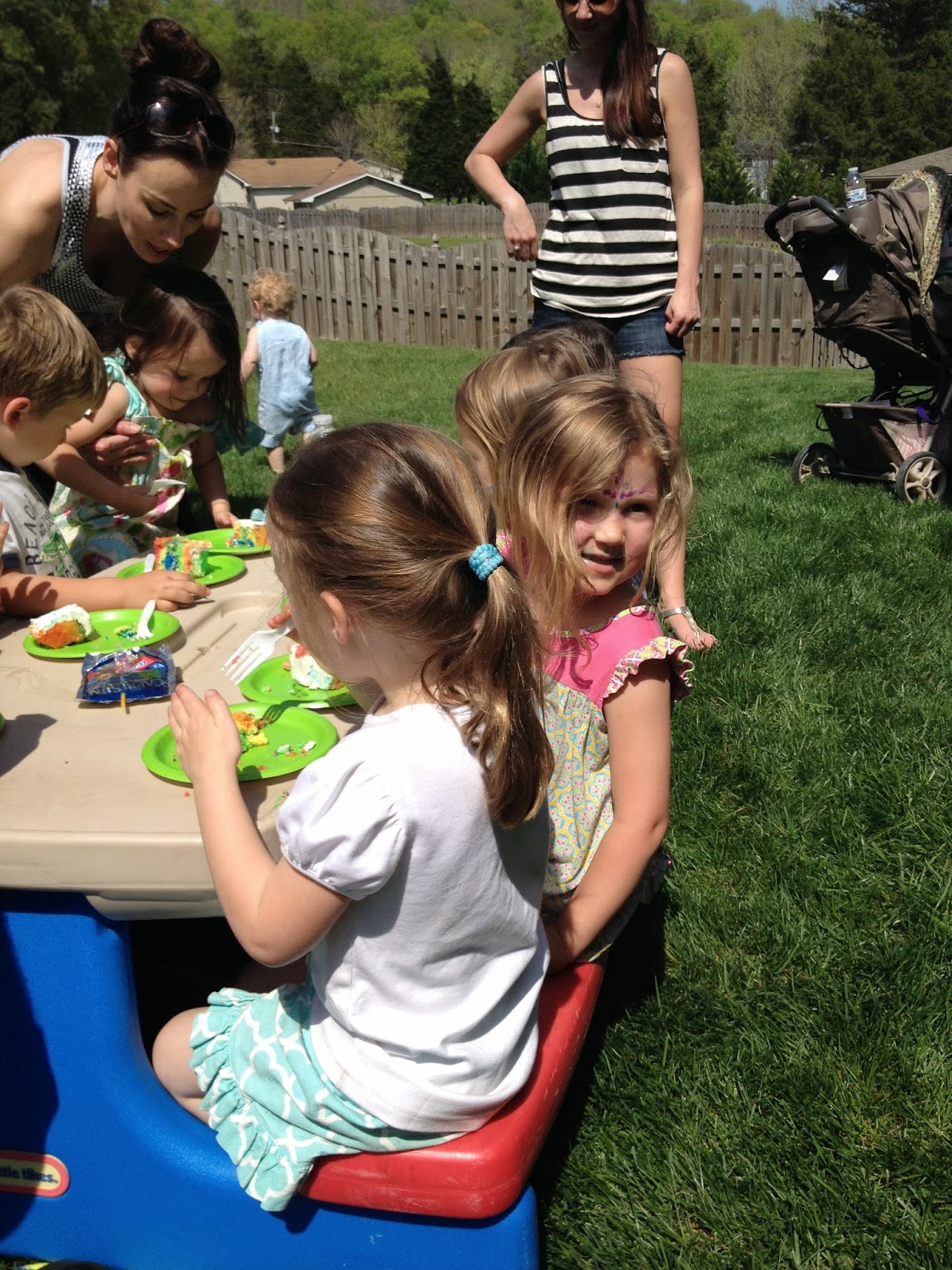 Sunday afternoon Kate went to her buddy Garrison's party.  It was carnival themed.  Garrison loved Mr. Matt doing balloon animals for Kate's party at school in the fall.  His mom asked Matt to come make animals for the party.  Matt said it was lots of fun but crazy!  They also had some really awesome face painting. 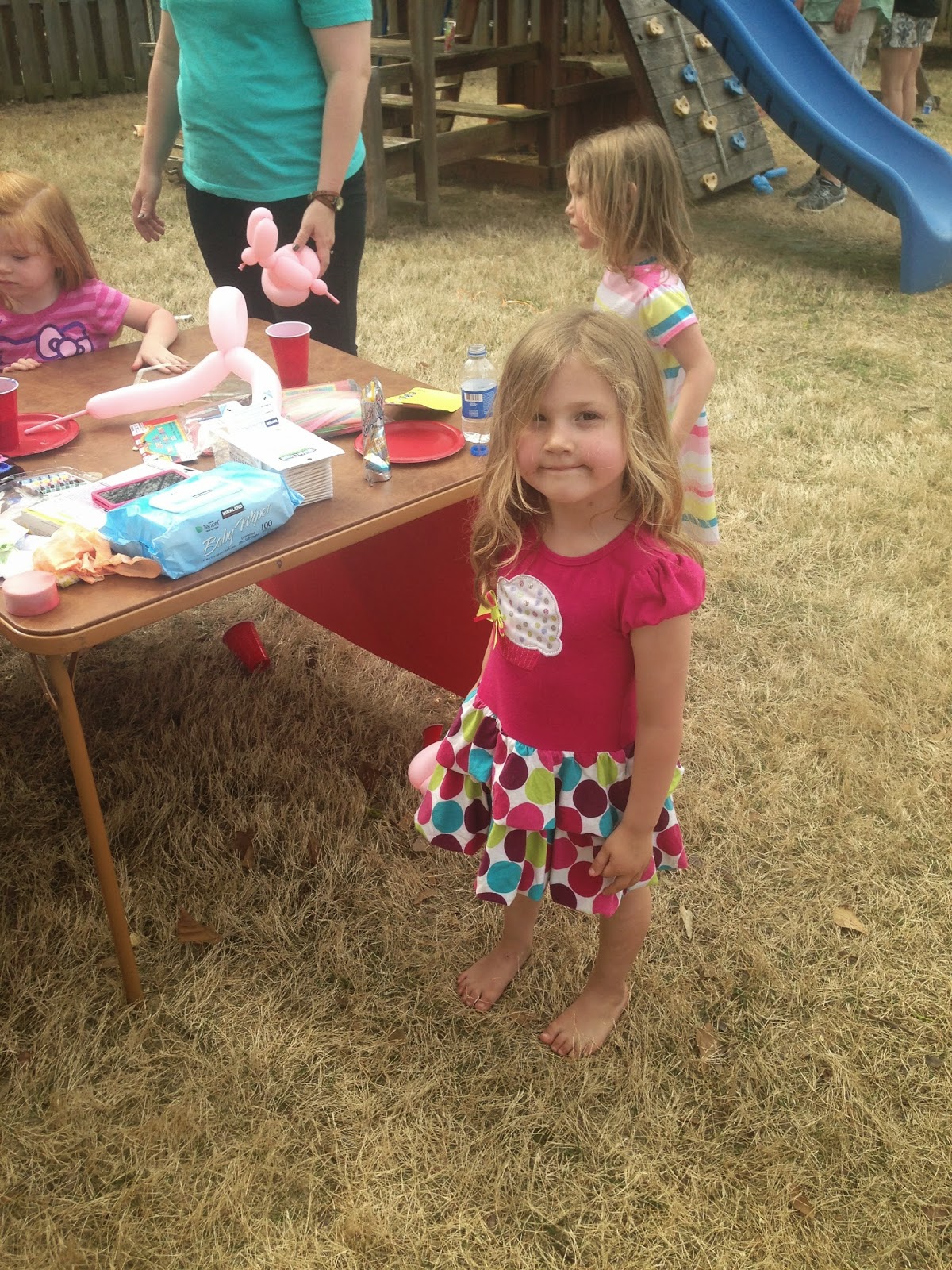 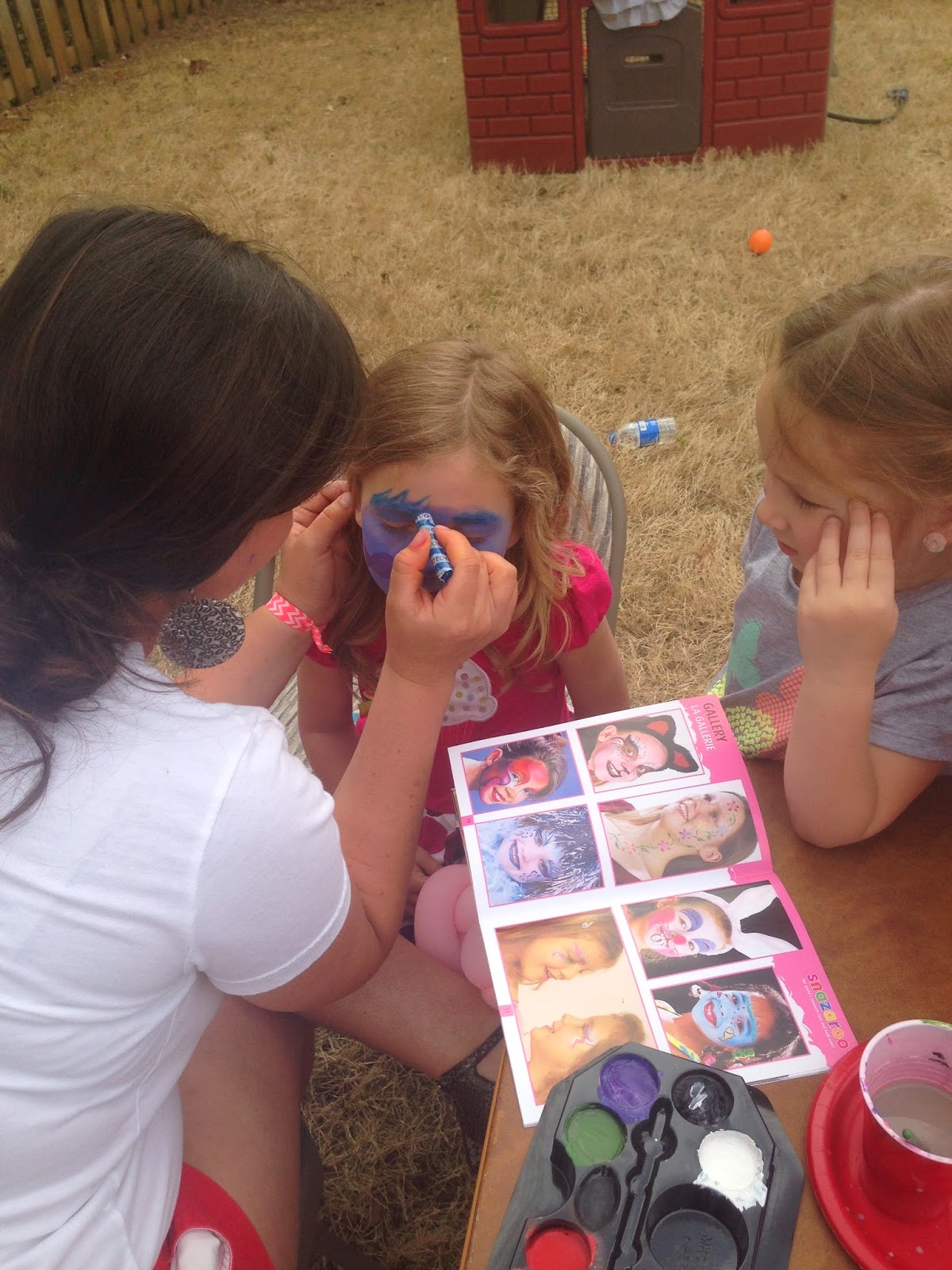 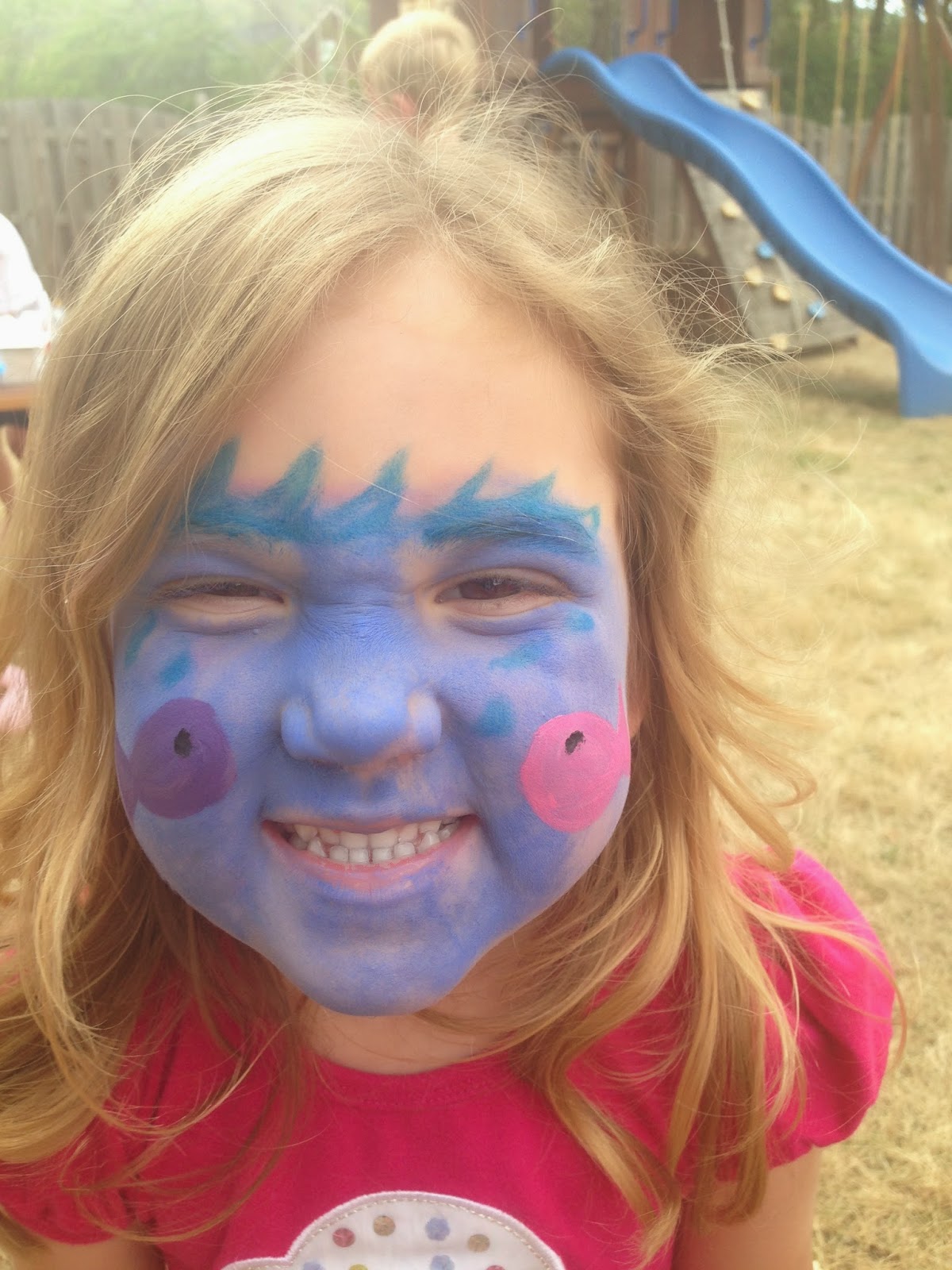 It was a busy weekend.  I think we were all worn out with all the partying.  So thankful for Ben and Kate's sweet friends!