We made it home last night after a long few days of traveling.  We had a wonderful time!  It started on Wednesday when we headed down to Auburn for the memorial service for my Mema.  The service was really simple and sweet.  All of the grandchildren that were there sang or spoke.  The great grandchildren even sang.  It was really special and a great way to honor her.  The weather was really nasty and it was outdoors so that was a little rough.  The great grandchildren enjoyed running around in the rain!  They got to release balloons at the end of the service which they loved.  There was even a game of ring around the roses!  It was a great time with family and celebrating my grandmother. 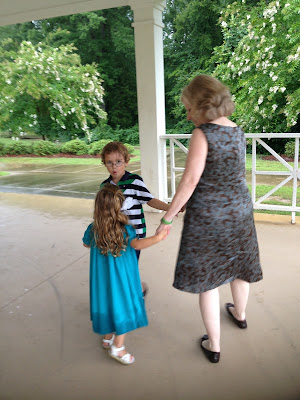 Kate and Joy (my cousin's daughter) wore dresses that my grandmother made.  They looked so precious! 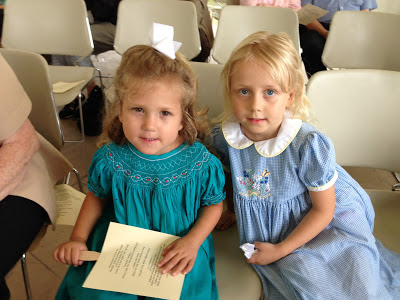 Later that night we traveled on to Atlanta to spend the night.  The kids LOVE hotels so they were so excited to stay in a hotel.  Have I ever mentioned how much we love our Starwood credit card and points?  It is so nice to have hotel points for when we need them.  We were able to stay for free in a hotel for the night.  So great! 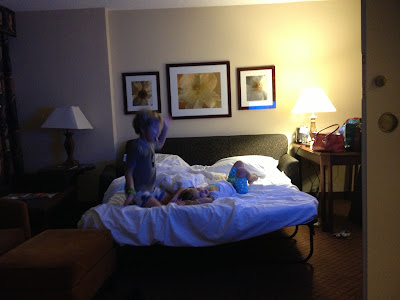 We got up on Thursday and headed out for our next adventure.  We had been planning a family trip to Big Canoe, Georgia for several months.  Kelly has a cousin that has a cabin in the mountains.  We didn't know if my parents would get to go but my dad was feeling really well so he was able to join us! The kids were excited about their 4th of July shirts we had tie dyed! 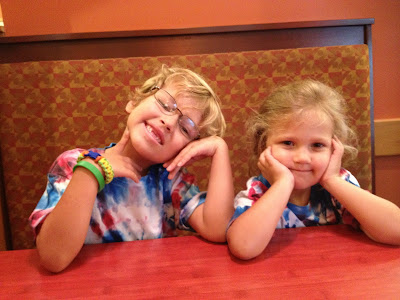 The cabin was PERFECT!!!  It had a huge living room and eating area where we could hang out.  The weather was terrible the whole time we were there.  It rained and rained and rained.  It was actually really cool.  Probably the first time it was only in the 70's on the 4th of July.  But the bad weather did not dampen our good time.  We watched movies, played games, ate lots and just had fun together! 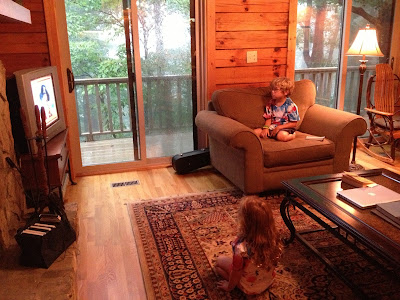 Even in the rain and cold we had to have burgers and hot dogs for the 4th of July!  Andrew and Matt braved the rain to cook them. 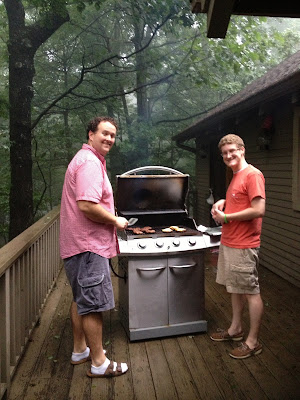 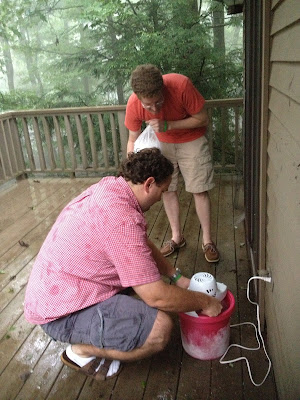 Thursday night we had a little 1/2 birthday party for Perry who turned 6 months old.  Can't believe he is getting so big! 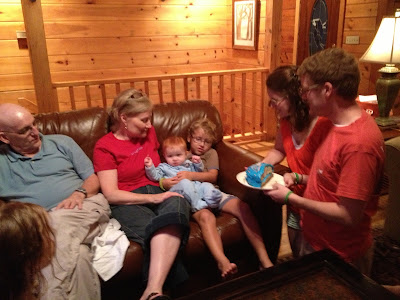 A big lap full of love!  Kate is so crazy!  Look how good Ben and Perry look.  Then there is Kate. 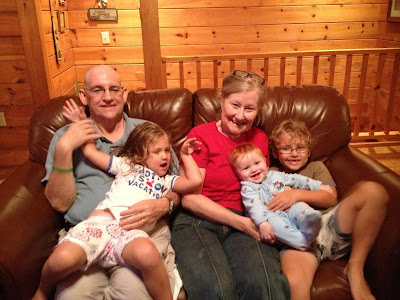 We played so many games!!  I am so glad everyone in the family loves to play games.  It is such a fun thing to do as a family.  Even Perry got in on the game action. 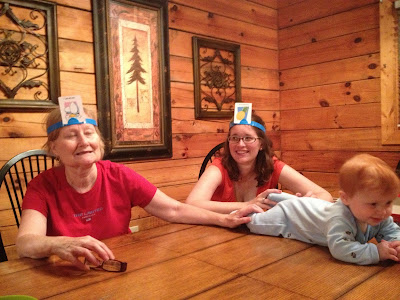 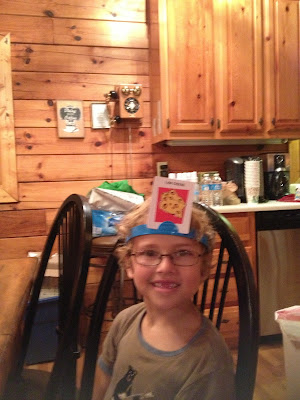 Ben is starting to learn some of the games the adults play.  He loves playing 5 Crowns. 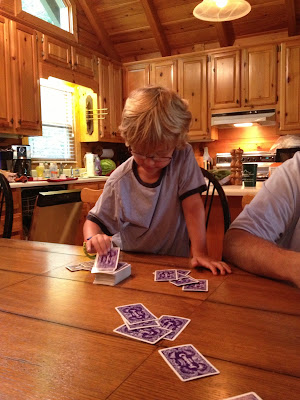 I am so thankful my dad was feeling well enough to come.  He has had his second treatment and it has been a much better experience than the first one.  He has only had a couple of bad days.  He tires easily but overall is doing great.  It was so great to get to hang out with him! 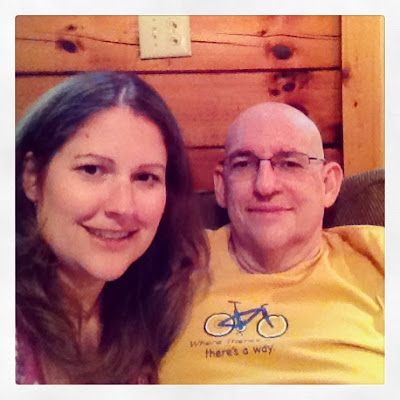 Saturday it was still raining but we decided to brave the rain and head down to the lake and do some of the activities.  We had to get a Team Gary picture!  We each got to design our own letter in the sign.  Our family work of art! 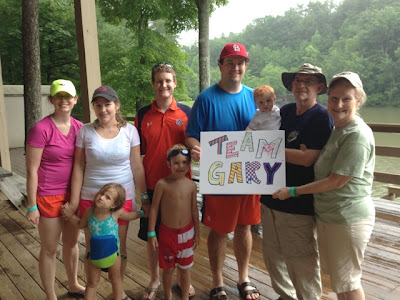 The weather was on and off raining but we still had fun.  The kids swam in the pool.  The adults went down the natural rock slide which was crazy due to all the rain (and it was really cold).  We did some paddle boating as well.  It was so fun! 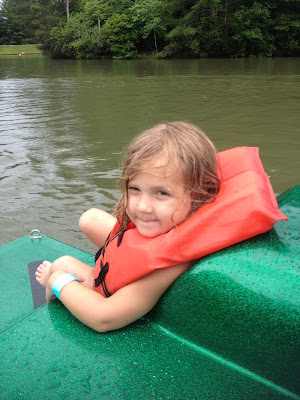 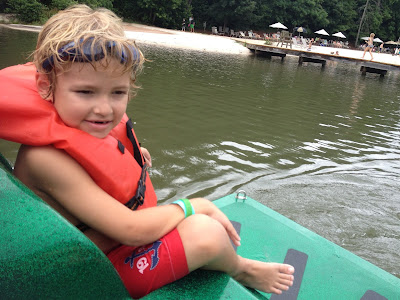 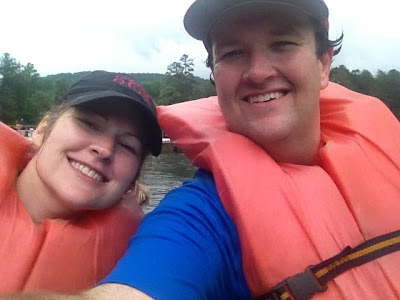 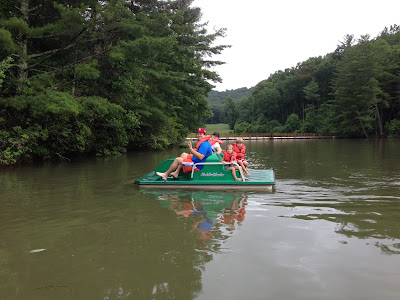 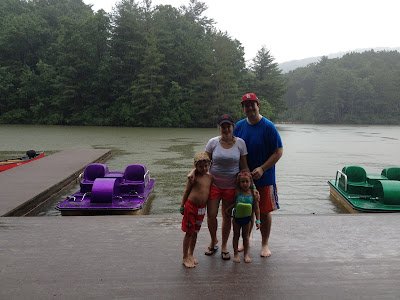 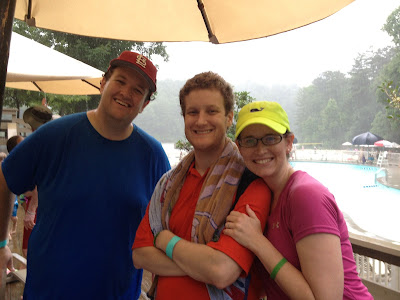 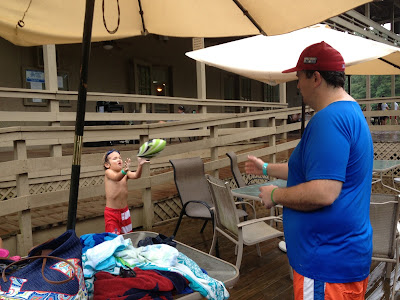 Love this picture of my parents!! 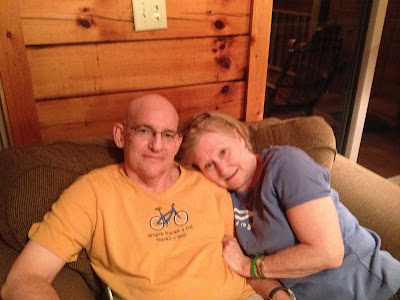 Sunday we fit in a few more games before leaving!  So fun! 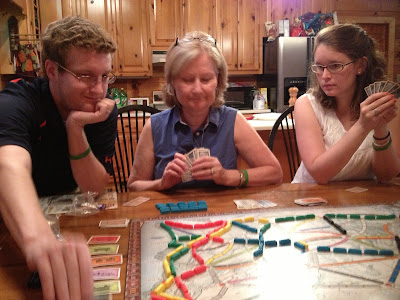 We headed home yesterday afternoon.  It was a full few days of travel and fun!  We were all a little tired but sure did have a great time.  So glad we could go! 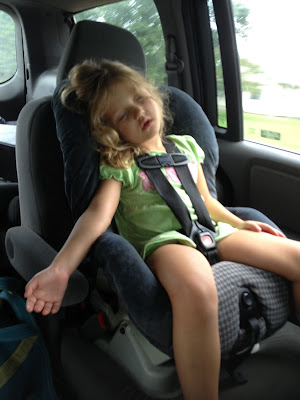