The Rest of the Busy Week

Not only was last week busy with camps but we also had lots of other things going on...

Paige and I started back running.  We have signed up for a 1/2 marathon in February (we are crazy I know) so we had to get back to training.  Starting out slowly but I guess we will work up to 13.1 miles.  So it was back to waking up at 5 am to go running! 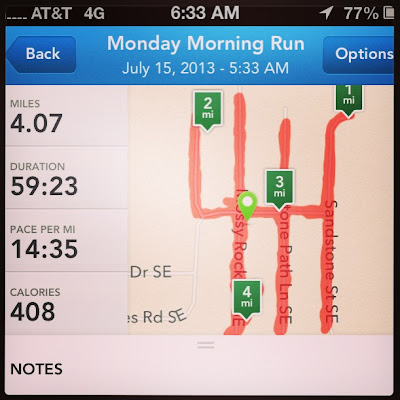 The kids had dentist appointments on Monday.  They did great and had good reports - no cavities. 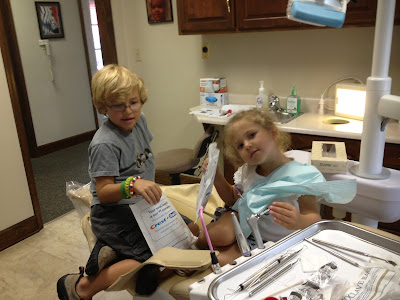 We had a fun Lego night on Monday.  We dumped a giant bucket on Legos on the table and enjoyed making fun creations. 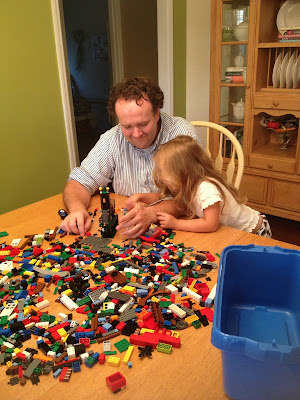 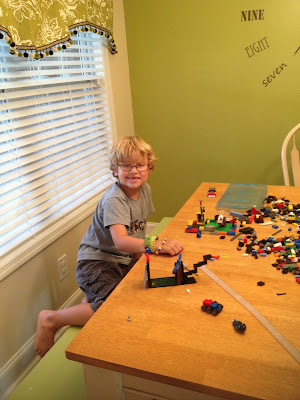 The giant tower that we made that was taller than Kate. 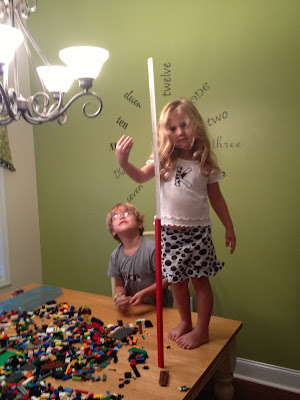 Tuesday afternoon we got haircuts.  Ben needed one so bad!  He looked like a shaggy dog.  He looks so much better. 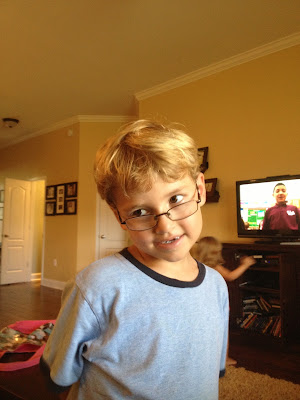 I had to work on Wednesday afternoon so Kate enjoyed time with Granna and Grandaddy (and Grandaddy's ipad).  Ben spent the night with Mema and Opa where he played golf and went swimming. 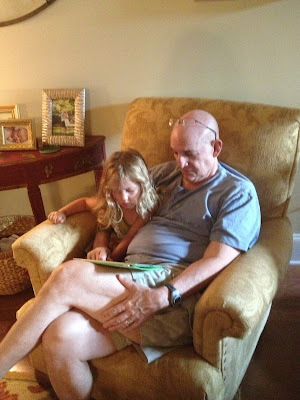 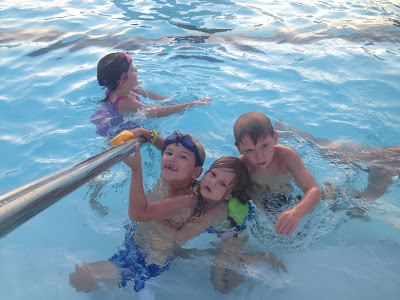 I think that gets us caught up.  Hoping next week is a little more low key!