I was going to write a post yesterday about football since it was the official start of the season but I didn't get around to it. We went to the pool for the last time this summer and spent 4 hours soaking in the sun and fun. We were exhausted last night. But the end of summer means the start of my favorite season... FOOTBALL SEASON!!!!!!!!!!!

I LOVE college football. My dream day would be to lay on the couch all day and watch every game that is on TV while eating yummy football food! It doesn't matter who is playing if it is college football I am all about it!! So needless to say this weekend is the beginning of the best time of the year!!

Auburn football of course is my love. I am a 3rd generation Auburn graduate for those of you who don't know. My grandfather, both of my parents, all my aunts and uncles on both sides and pretty much everyone else in my family have all graduated from Auburn. I was indoctrinated into the love at a very young age!! Matt on the other hand grew up an Alabama fan. He had to go to Auburn for pharmacy school and he said he was going to stay an Alabama fan. That lasted all of 1 day. After his first day at Camp War Eagle he was singing the fight song an loving it all!! He even played in the Auburn marching band for a couple of years. Such great times!!! We went to every single game during our time at Auburn. It was amazing! Rain, sleet, snow or broiling temperatures - it didn't matter we were there!

Having kiddos has made it a little harder to get to the games these days but we still love every minute of it. I am so excited to watch the game tomorrow night! I thought I would take a little walk back through time to look at some of the fun we have had at Auburn games over the years...
The college years!! It was back before digital photos so this is the only one I have scanned in from that time. We look so young! Matt and I were talking the other day about which were our favorite games we have attended. It is a toss up for the best - either the 2001 Auburn/Florida game or the 2002 Auburn/Alabama game. In 2001 Florida was ranked #1 we weren't ranked or were really lowly ranked. There was no way we were going to win. It was miserably raining. We won with a last minute field goal! It was awesome!!!!!!!! The 2002, Alabama was expected to kill us. We drove to Tuscaloosa to see the game and the whole way we were wondering why we were even going. We ended up winning because of Trey Smith. It was awesome!! I must also discuss the worst game ever - 2003 game against USC. We were ranked #1 preseason and everyone thought this was "the year." We drove 7 hours from Knoxville to be at the USC game. It was about 105 degrees. It was miserable. We ended up loosing so bad. We never even scored. Gotta love the Auburn Tigers. Good or bad! That is what we can say. We have been there for the good and the bad! 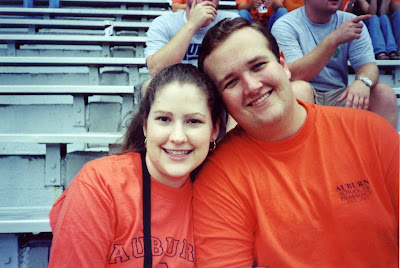 Before kids we went to an away game every year with Brad an LeeAnn. We went to Georgia, Alabama, Kentucky, Tennessee and Ole Miss. One day we will pick up the tradition and go to more away games. Our goal is to hit all the stadiums in the SEC. This is us at the Kentucky game in 2005. 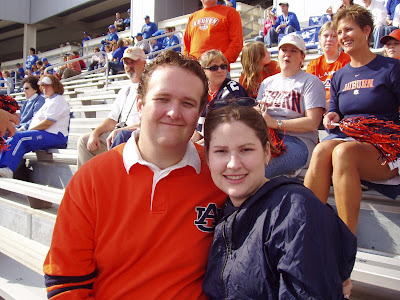 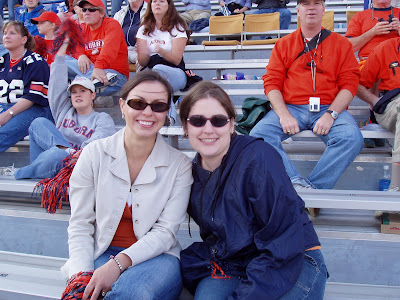 We actually had season tickets in 2005 so we went to all the games!! Woo Hoo!! Loved it. Tailgating before the games is so much fun!! Here is LeeAnn, me and my college roommate Ashley before one of the games! 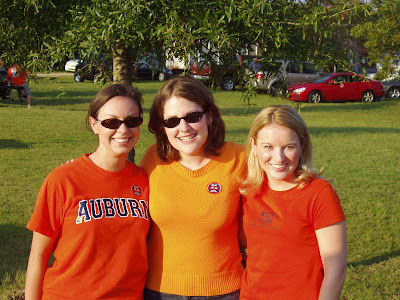 My brother and SIL before one of the games in 2005. Kelly was in the Flag Corps - gotta love the "sparkle butts." 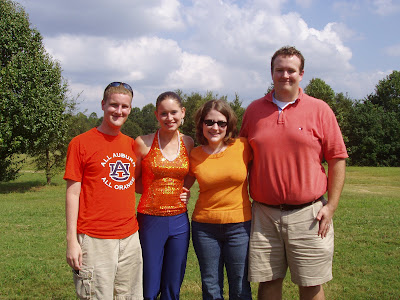 Another great game for the ages - the 2004 game at Tennessee. I was a UT student at the time so I got student tickets to the game. I walk into Neyland stadium student section dressed in my Auburn gear from head to toe! The security guard gave me some funny looks. It was a great time. We killed them!!! 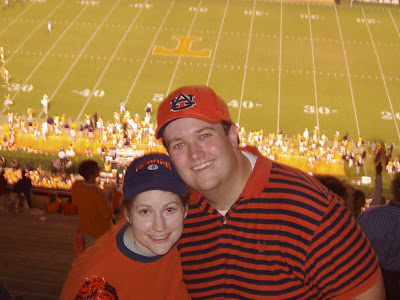 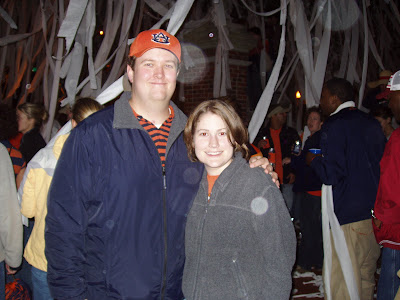 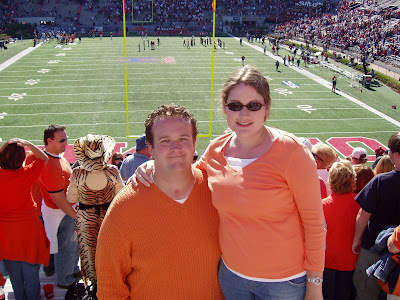 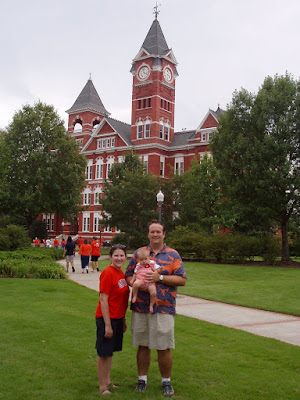 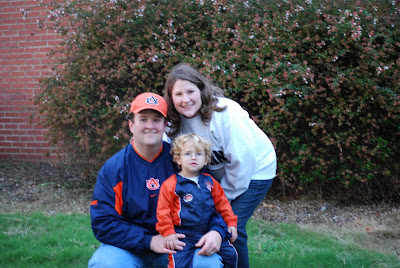 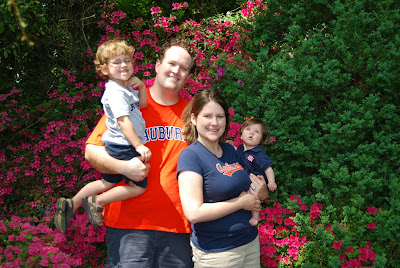 Such great memories!! The best thing about football is the time spent with family and friends doing something we love. The 2010 season is going to be awesome! WAR EAGLE!!!

Love everything about the post and too comments to actually leave in the comments section! I love all of the pictures and all of memories (mainly b/c we were there together - wahoo!). We can't wait for the game tomorrow night and can't for yall to come to a game this year and yes, we will have to pick our away game tradition back up...maybe next year with the SC game? Knowing my luck it will be in the middle of year end at work. War Eagle!!