Is it really already July?  Where did the first half of 2012 go?  We are still in the middle of a massive heat wave.  Days on end of 100 degree temperatures is getting really old.  We spent the weekend trying to beat the heat.  Saturday morning we went with a couple of neighborhood families to a little local water park.  I had never been to it before and it was really fun.  The kids had a great time.  The water was really cool which was wonderful. 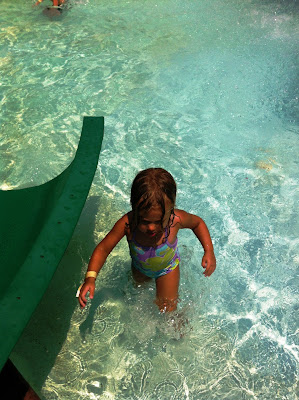 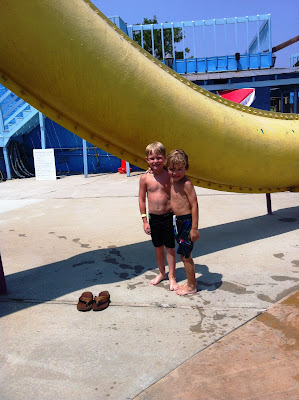 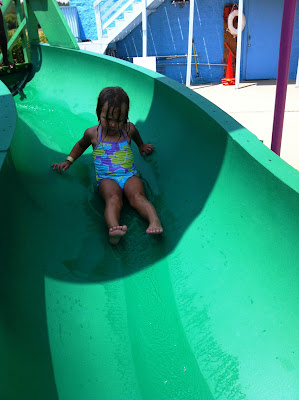 We had to bribe Ben to try the big water slides (yes we had to buy him a lego).  We knew once he got on it he would love it which he did!!  He probably went down them 40 times. 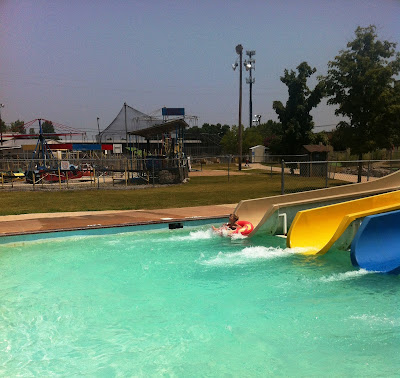 This is me going down the waterslide.  It was a blast! 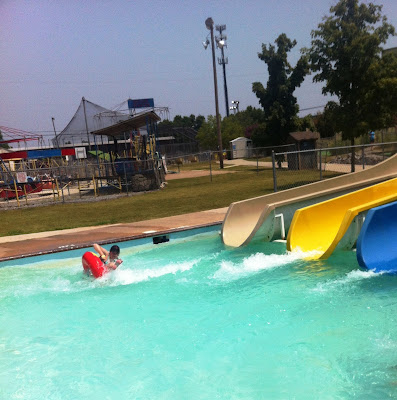 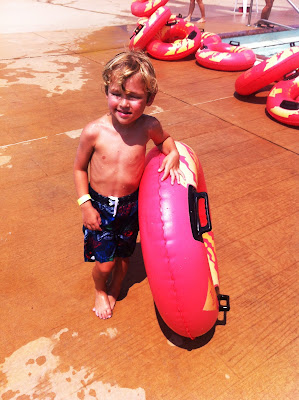 We spent about 4 hours at the water park and then everyone took great naps!  After napping we went over to some new friend's house.  The Burkharts recently moved to Huntsville.  They live on the Arsenal so we braved the security and went over to their house for a cook out.  We had a great time visiting while the kids played in sprinklers.  It was HOT!!!  Kate enjoyed some yummy watermelon to stay cool. 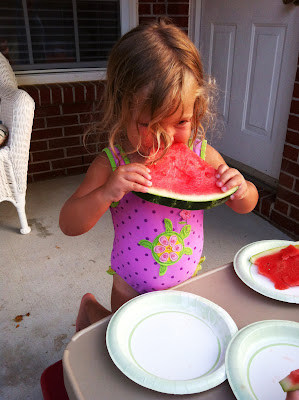 Ben loved chasing the bubbles from the bubble machine. 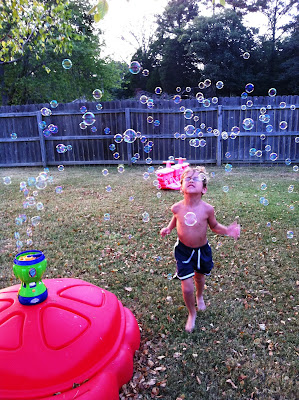 The kids ended the evening crowded around a little phone screen.  It made us all laugh. 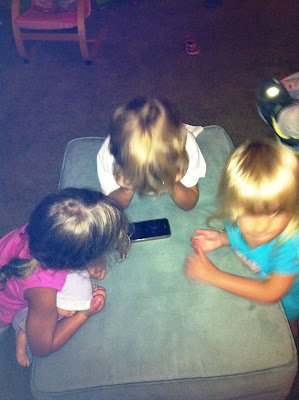 It was a busy Saturday!  Ben woke up really sick on Sunday morning.  He got dehydrated on Saturday and it made him feel terrible.  We were finally able to get some fluids in him mid morning so we avoided an ER trip thankfully.  So Sunday was a day of recovery.  Ben watched Star Wars all day and rested.  We made him drink all day long! 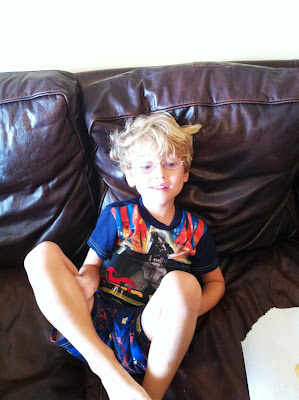 Other than our epic parenting failure of letting our child get dehydrated, we had a great weekend!  We are now just praying for a break in the heat and maybe some rain.