Tonight was Ben's last basketball game.  It has been a wonderful season.  His team the Spurs finished the season 10-0!!!  It has also been a wonderful season of learning the game and having fun.  His coach was amazing and did a great job of teaching and playing all the players.  In the last game Ben took lots of shots and got several great rebounds! 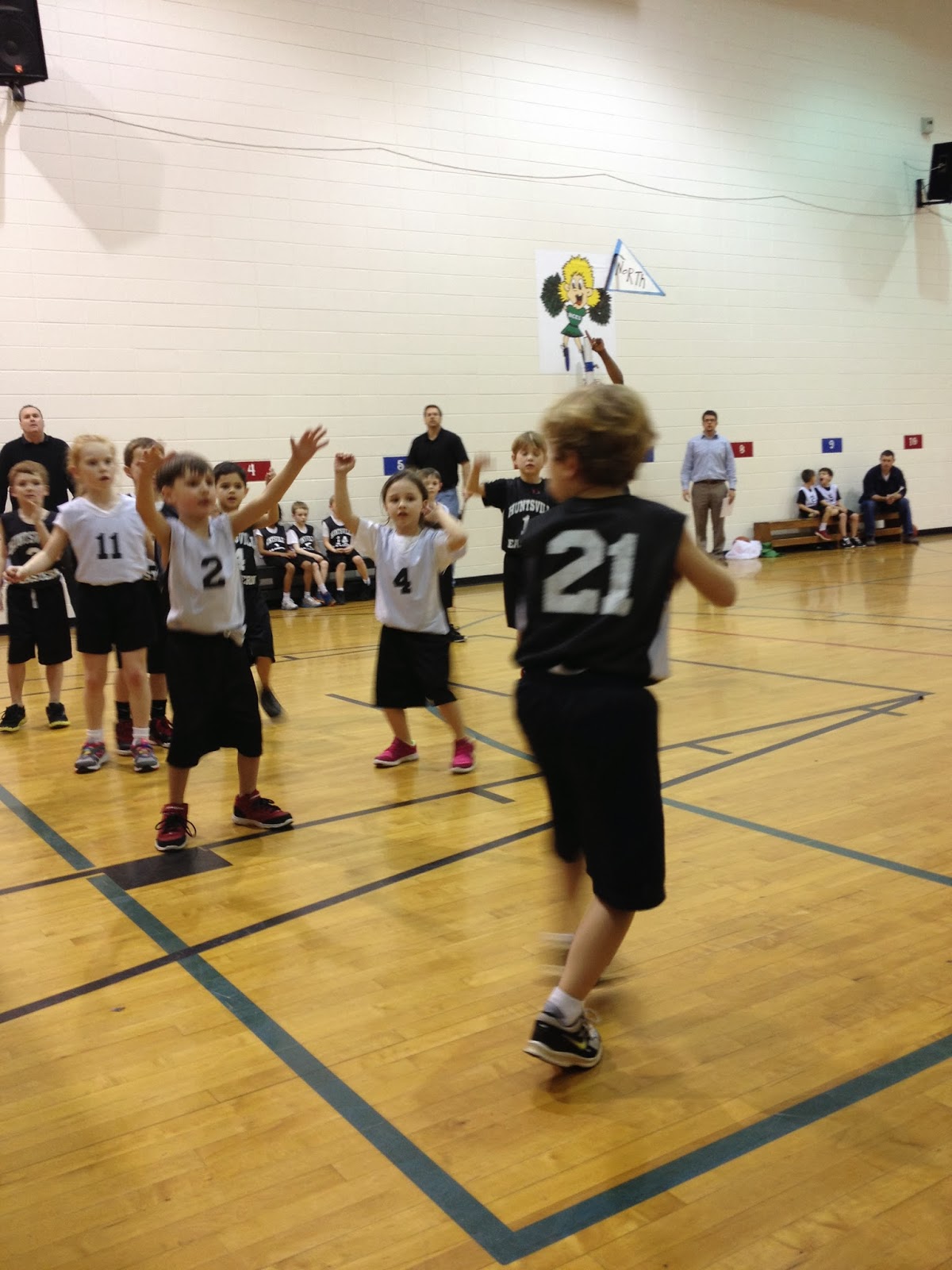 This is his team with the amazing ref.  He does all the little guys games and is amazing!  He teaches them how to play as he refs.  He is hilarious!!  The boys all love him. 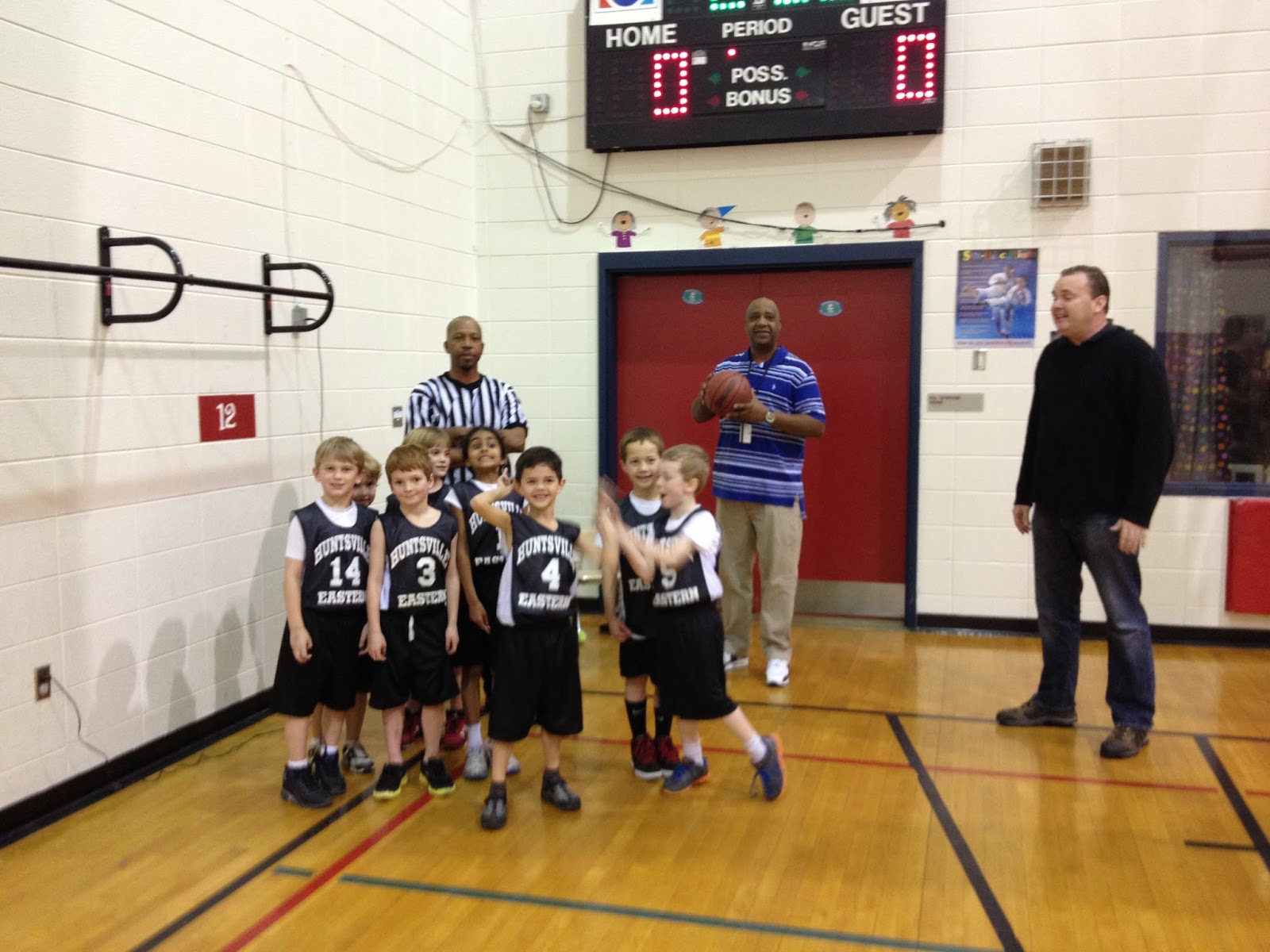 After the game, we went to Chic-fil-a for a little team party.  The coach was sweet because he said they will get lots of trophies for participation but they actually earned these trophies.  He said they were undefeated because of Ben's game saving rebound in one of the last games! 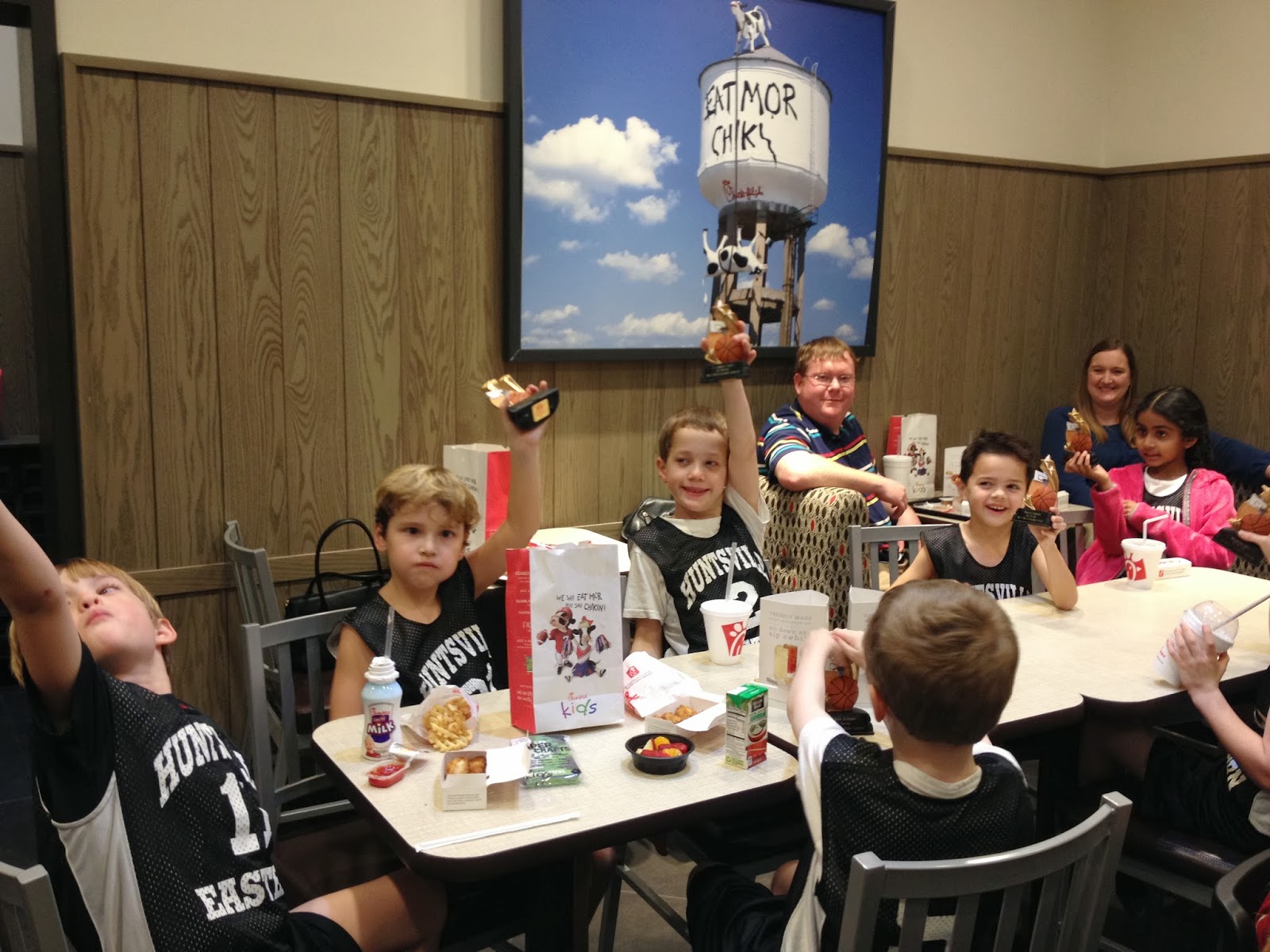 So proud of our little basketball player.  He worked really hard all season and had such a great attitude. 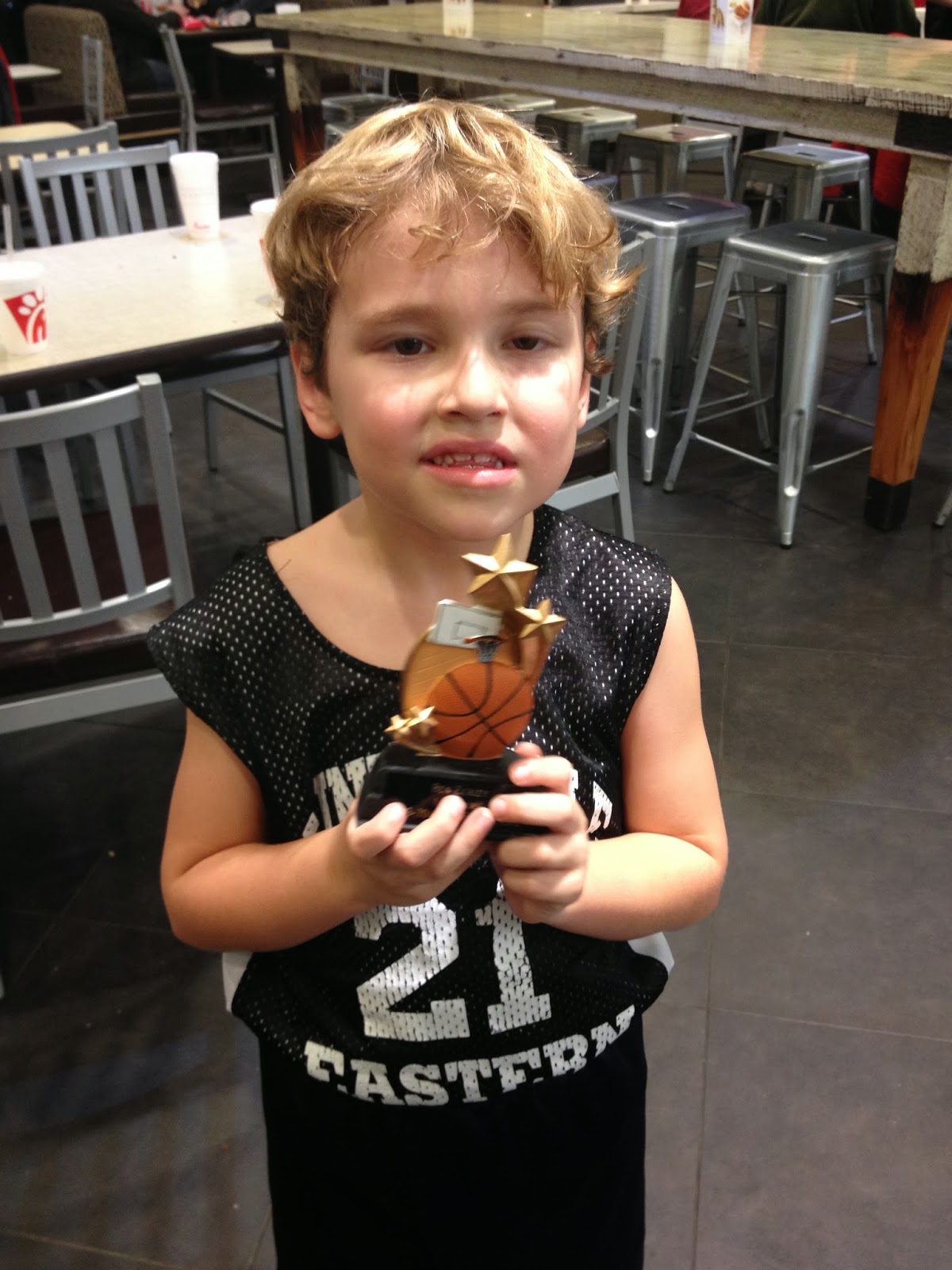 We get a few weeks off before baseball season starts...