Well, we finally got that snow we have been wanting!!!  Woo hoo!!!!  They had been downgrading the snow for several days so I was thinking we wouldn't get much but I woke up at 4:15 to an alert on my phone that we were under a Winter Storm Warning.  I quickly woke up Matt and turned on the TV to see that roads were already icy and there was more snow than they thought.  Matt quickly got ready and headed off to work.  He slipped and slid his way to work but safely made it.  The kids woke up around 6:00 and I was excited to to tell them about the snow.  We were lazy for a while but finally all got bundled up and headed out.  We got a little over an inch.  Not a ton but enough for some fun. 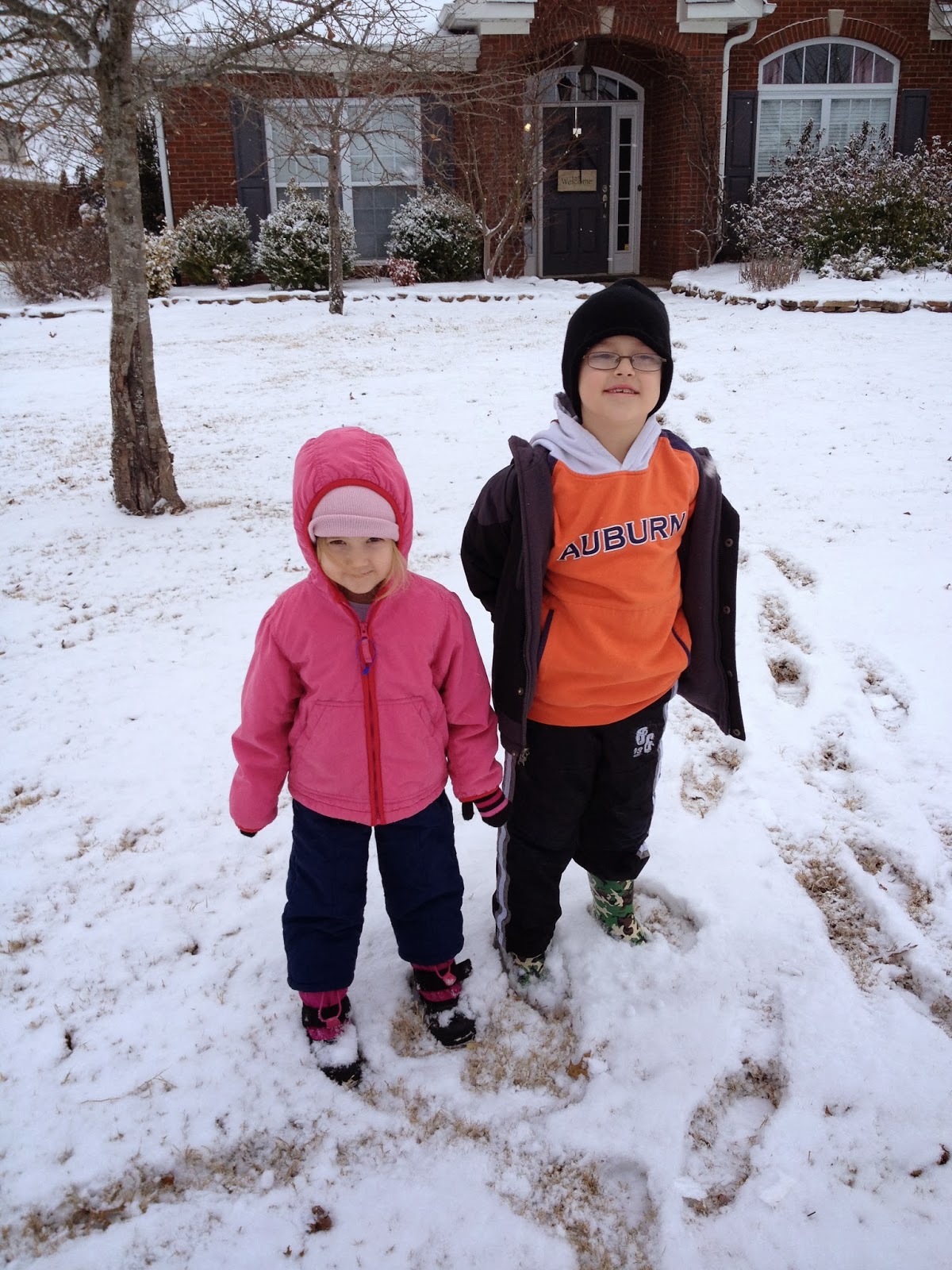 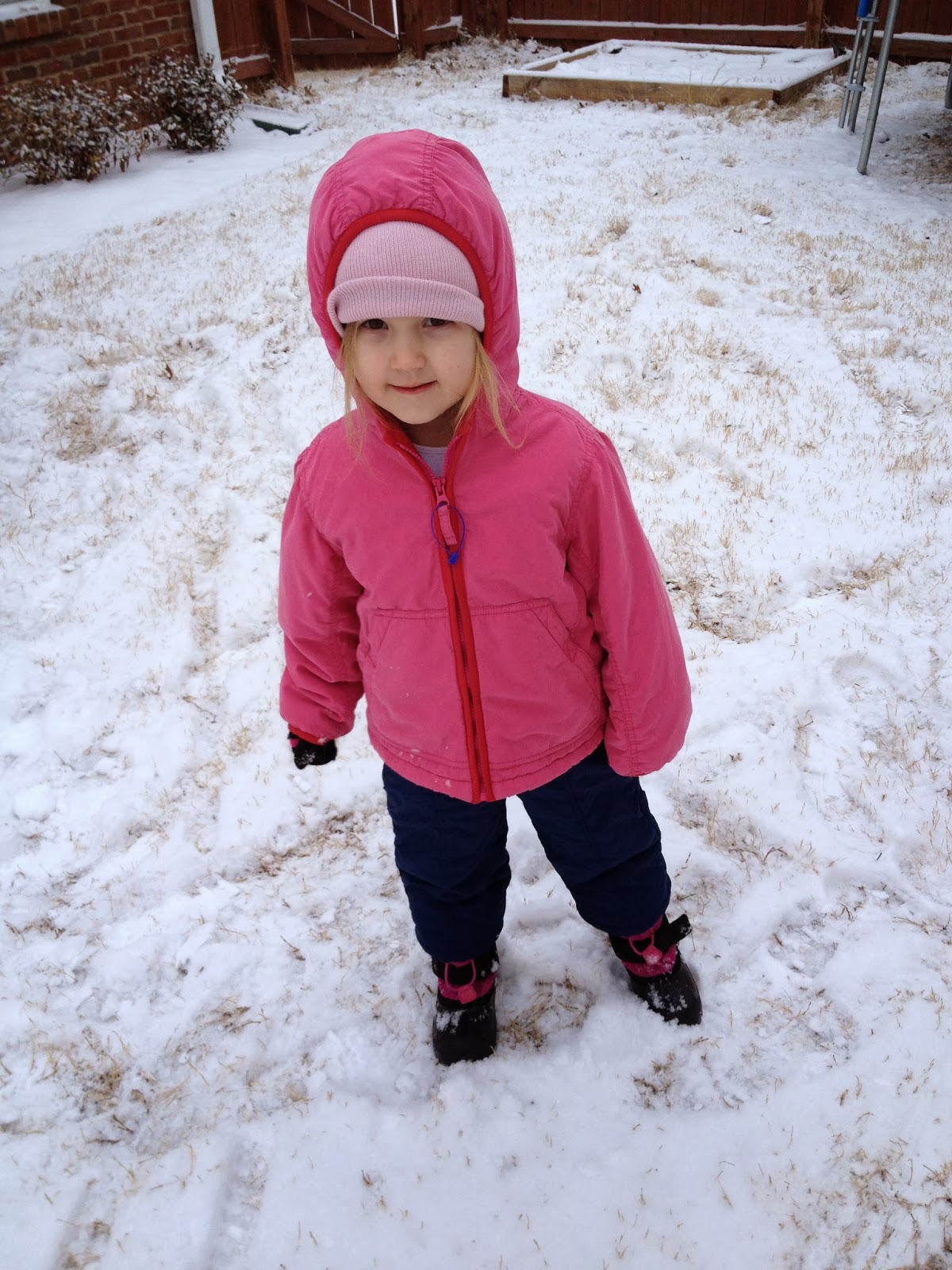 Ben and Evan loved jumping on the snow covered trampoline. 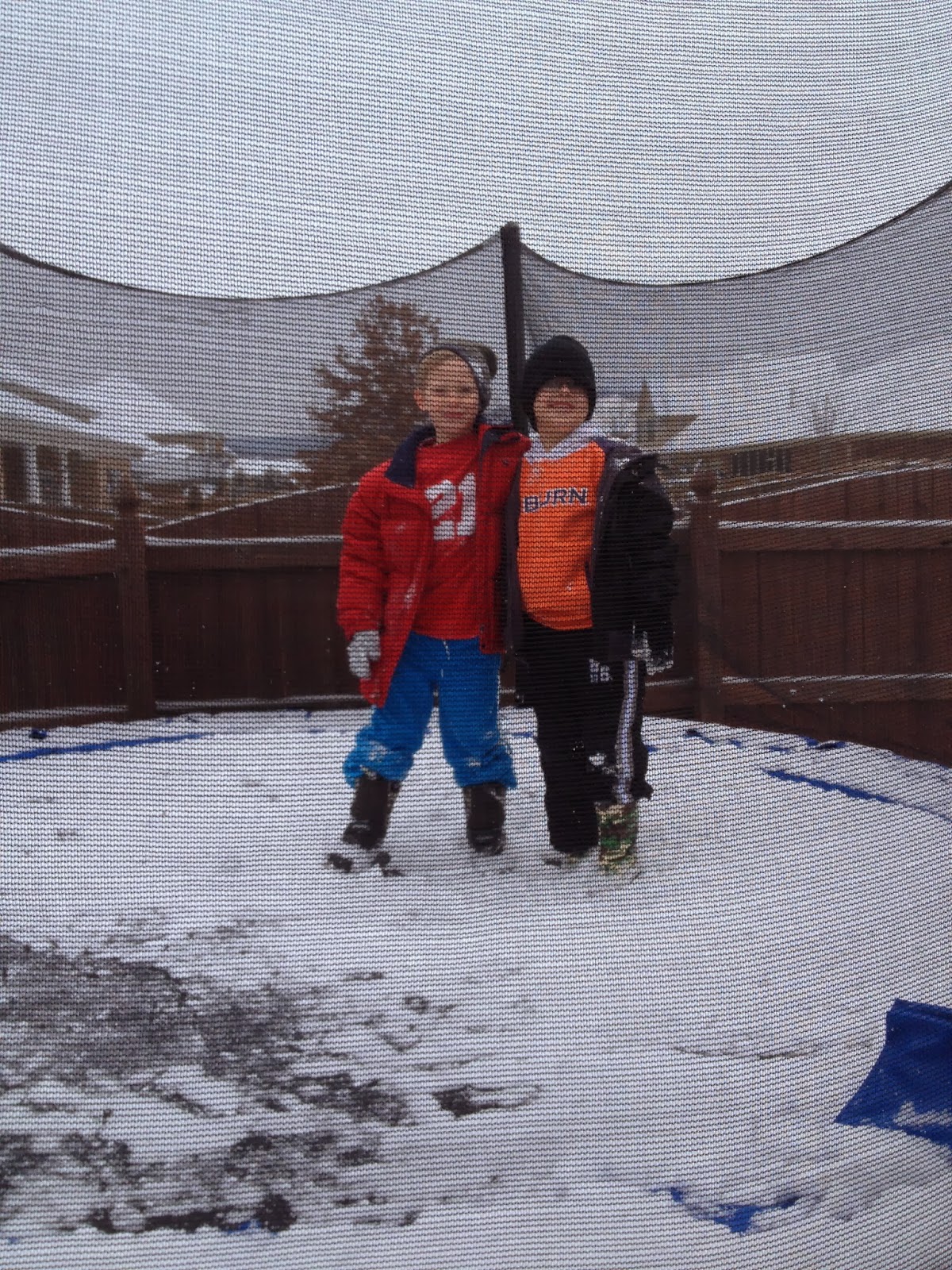 I love footprints in the snow... 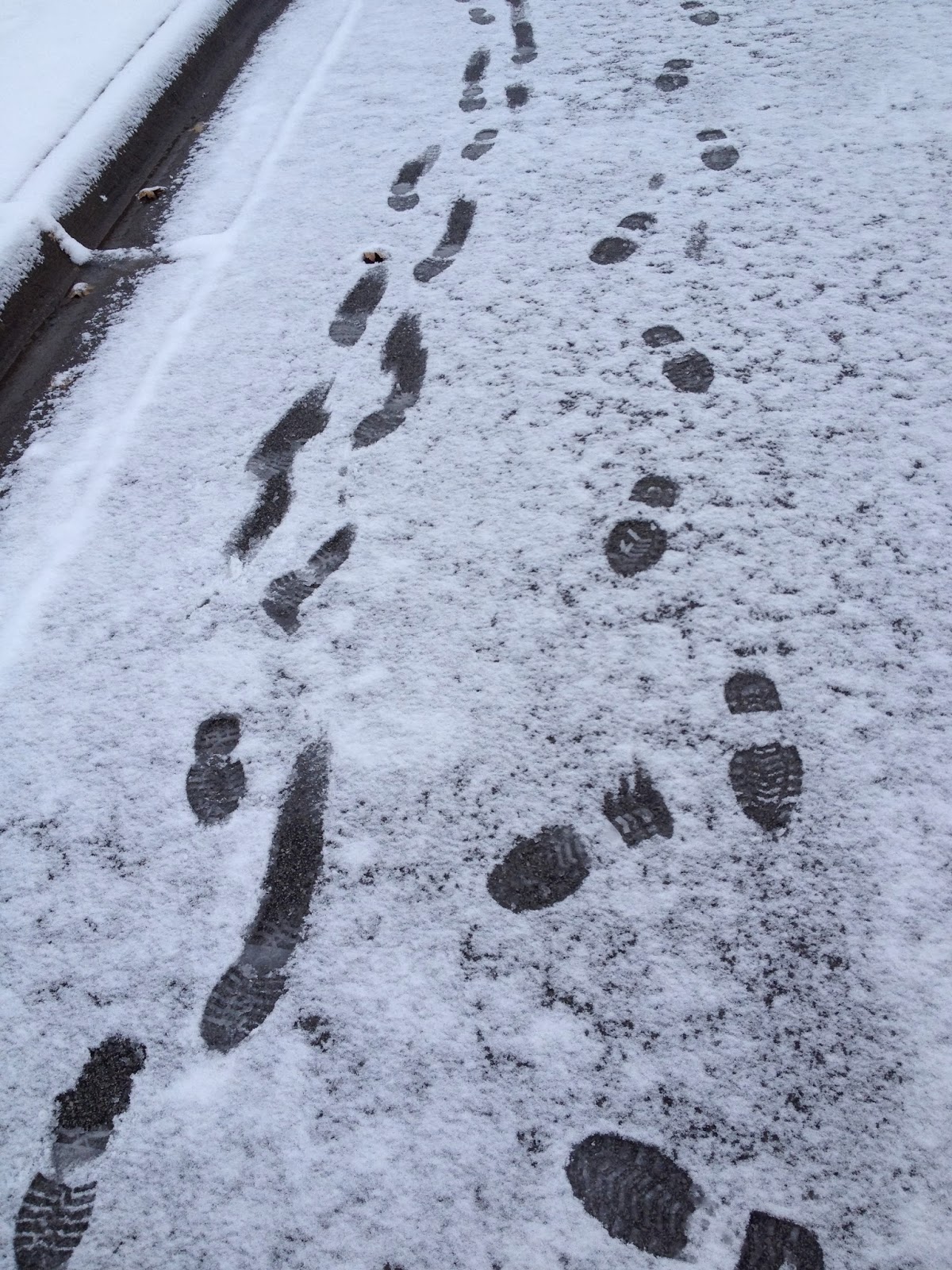 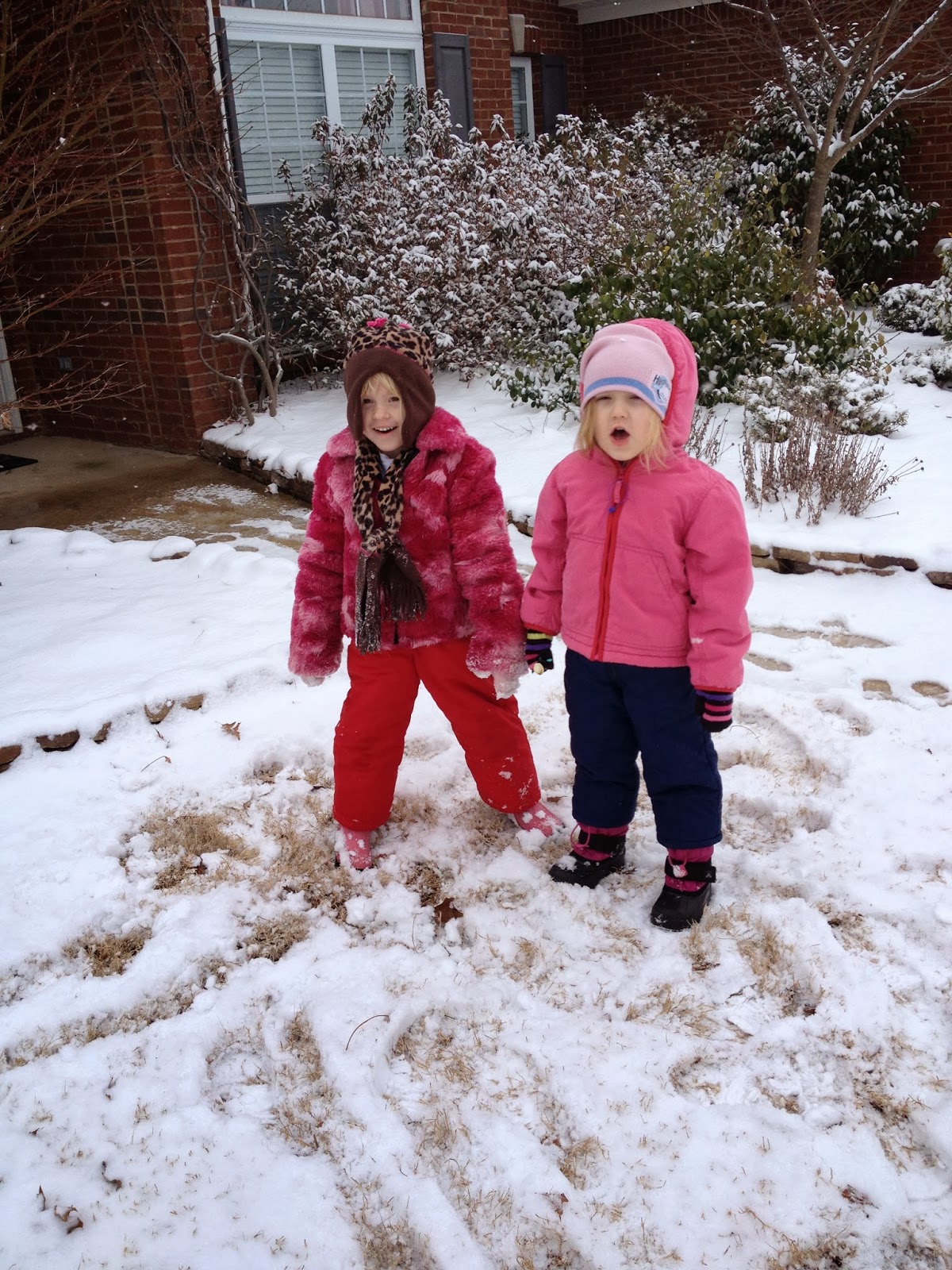 Always have to take a picture of the house in the snow. 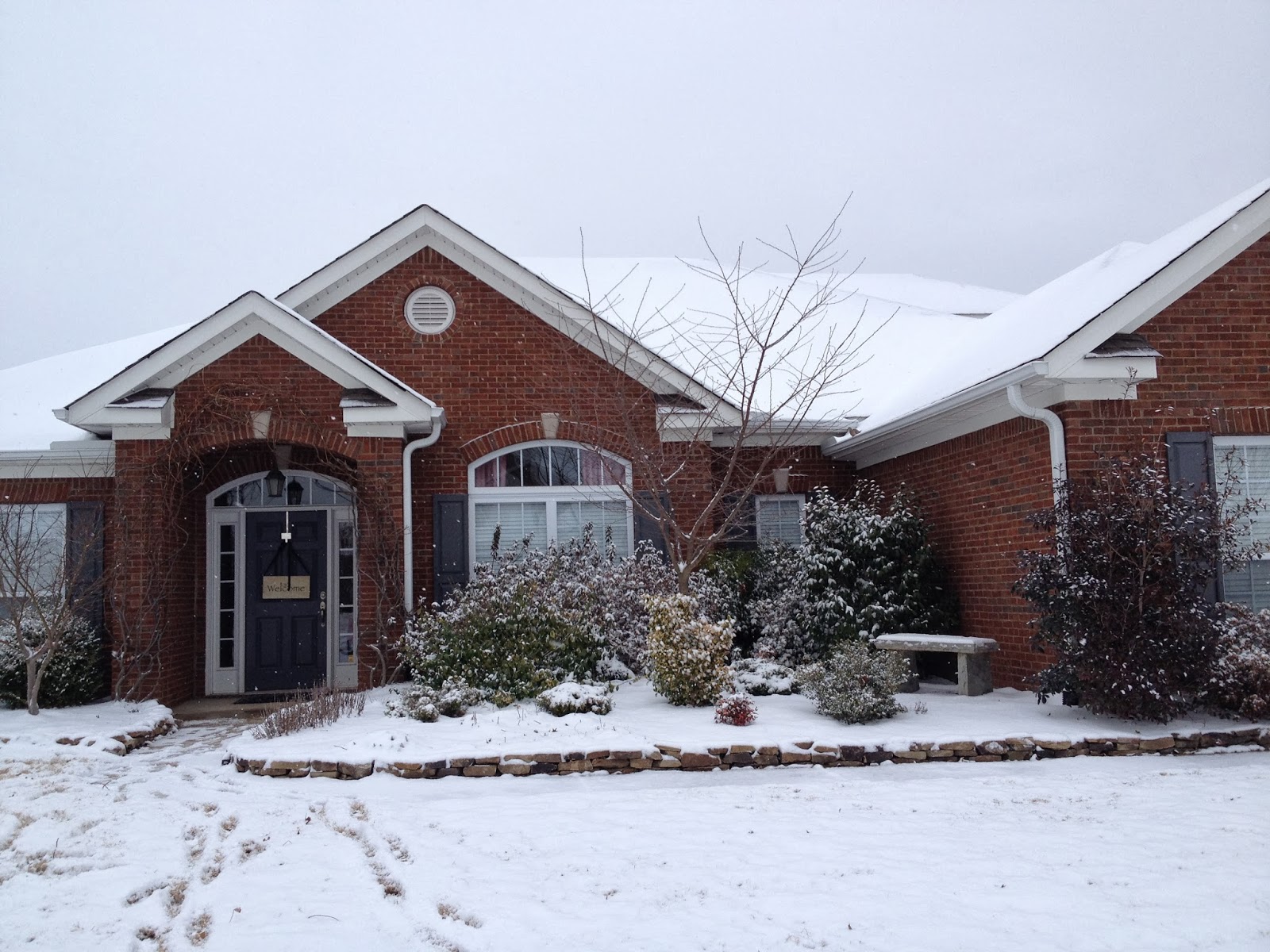 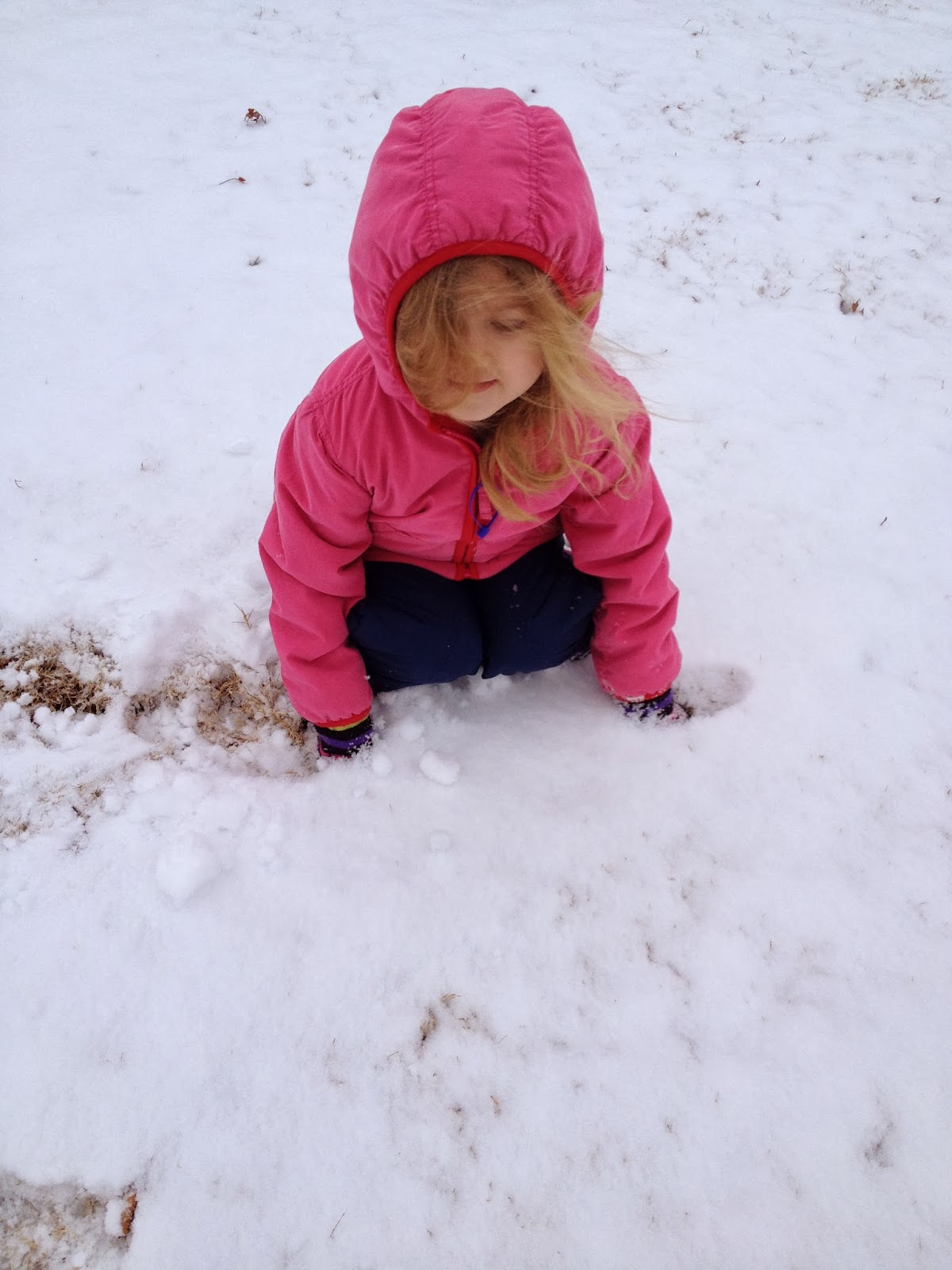 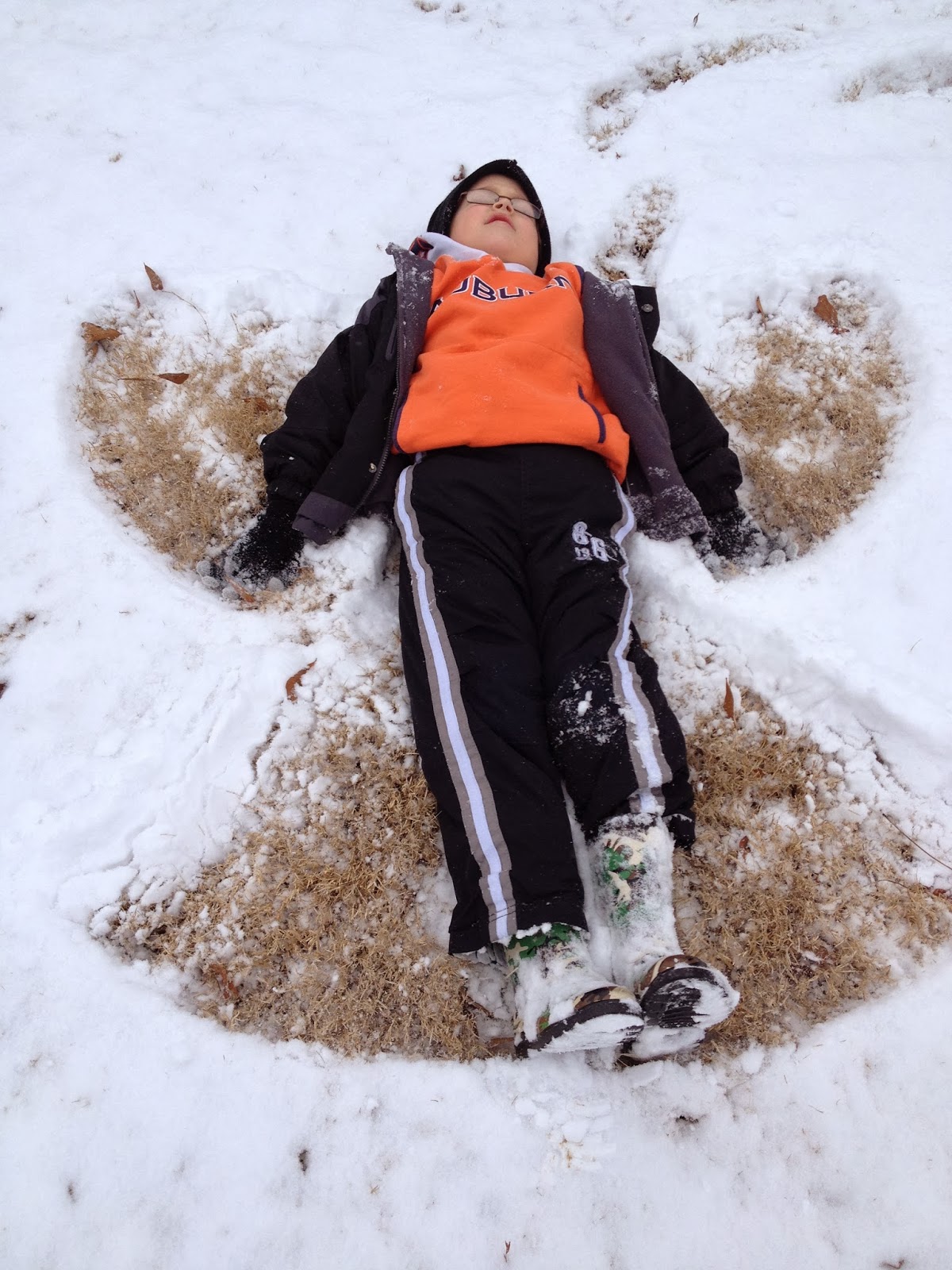 The whole crew with our little snowman.  The snow was very powdery so we had a hard time packing it together but we managed to make a little one. 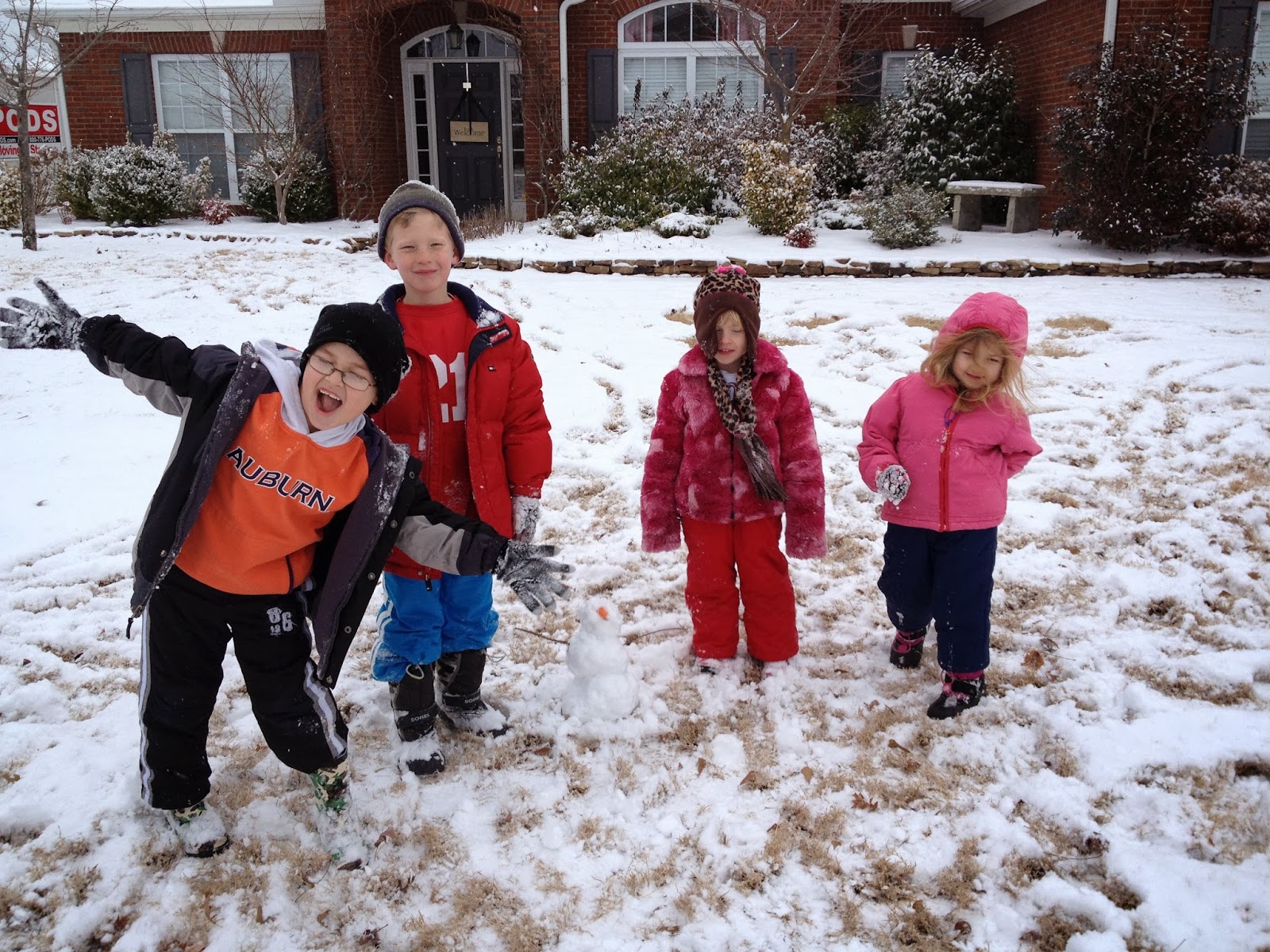 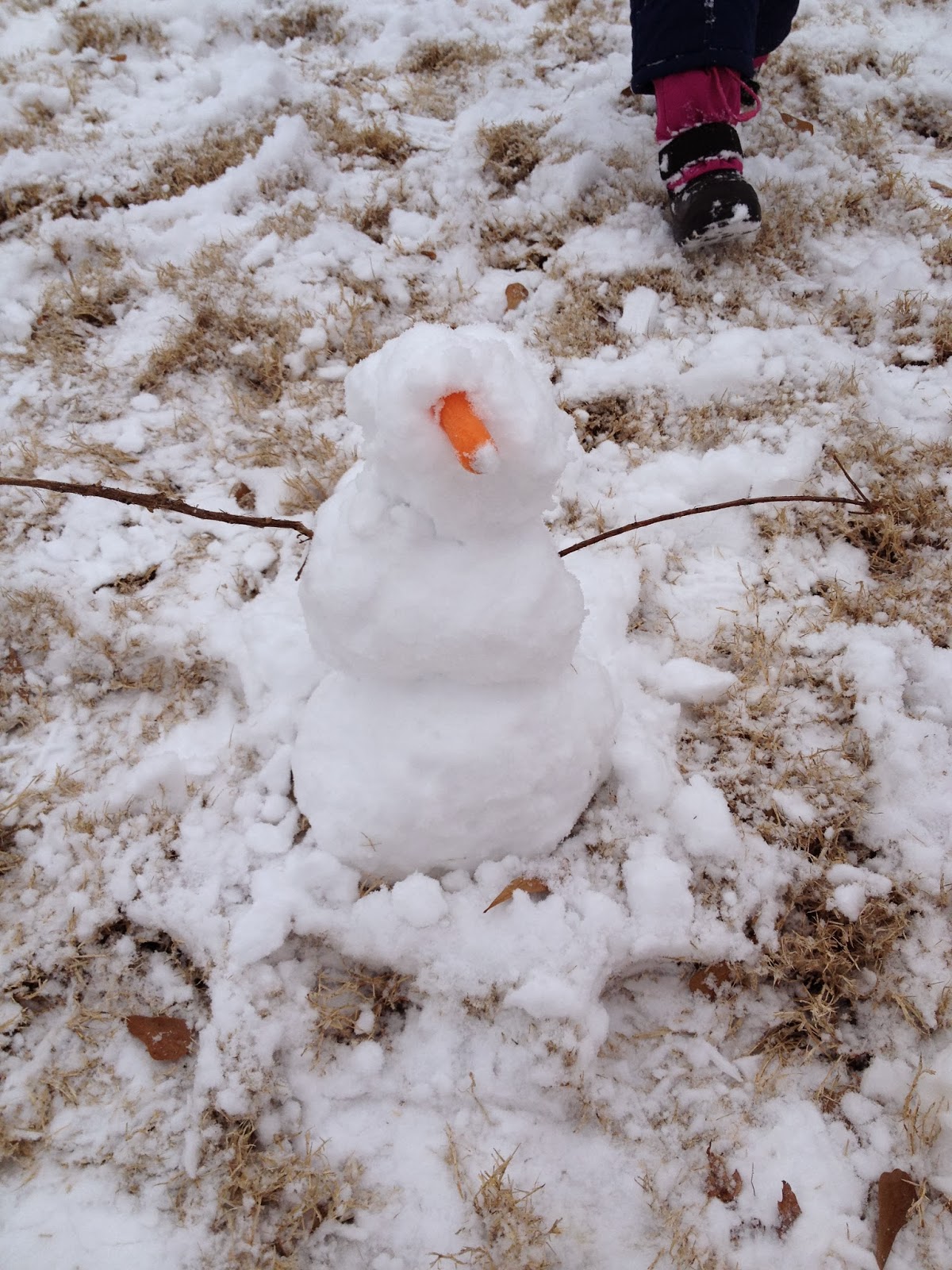 Ben made some Auburn art. 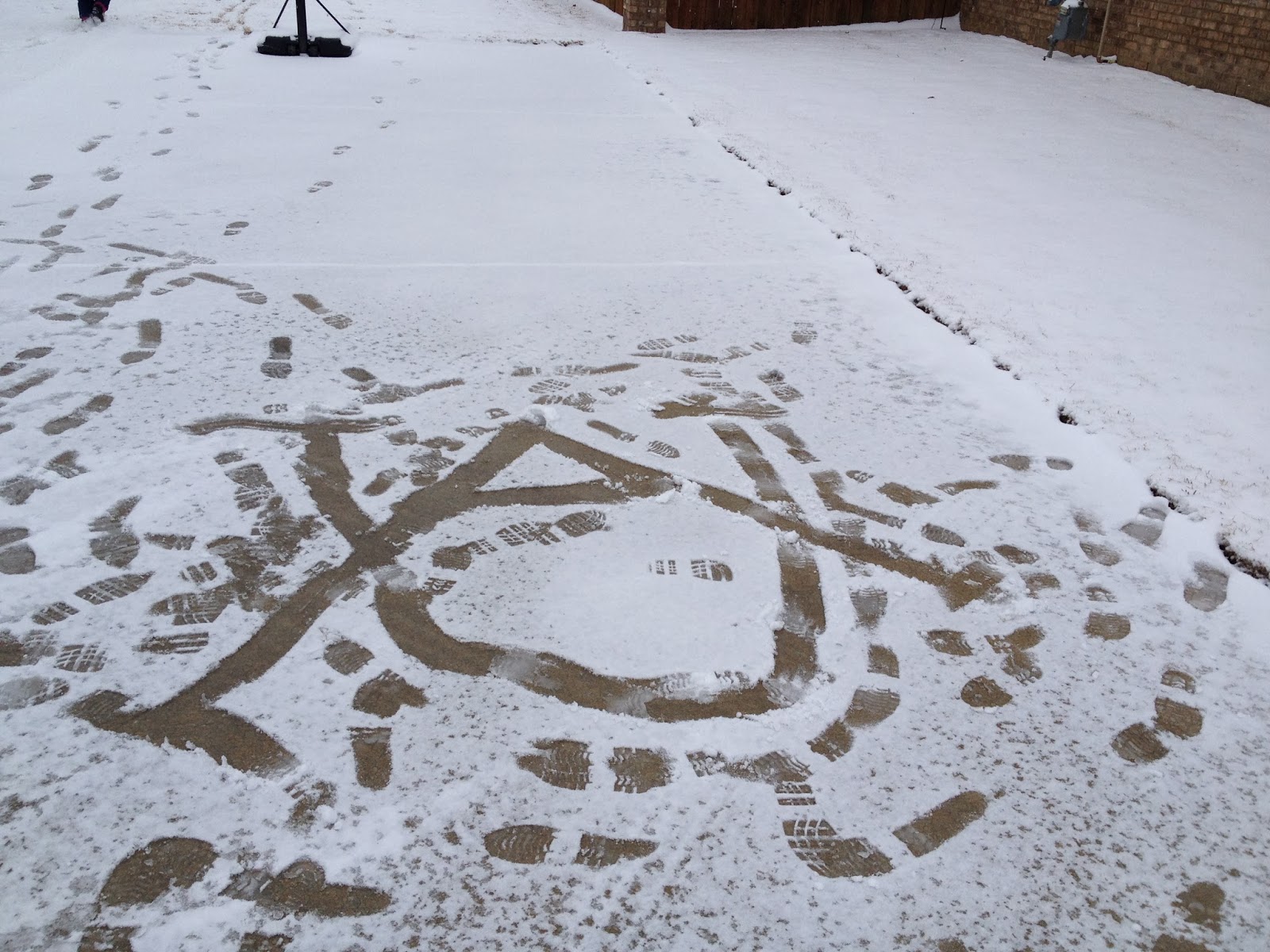 There was an epic snowball fight. 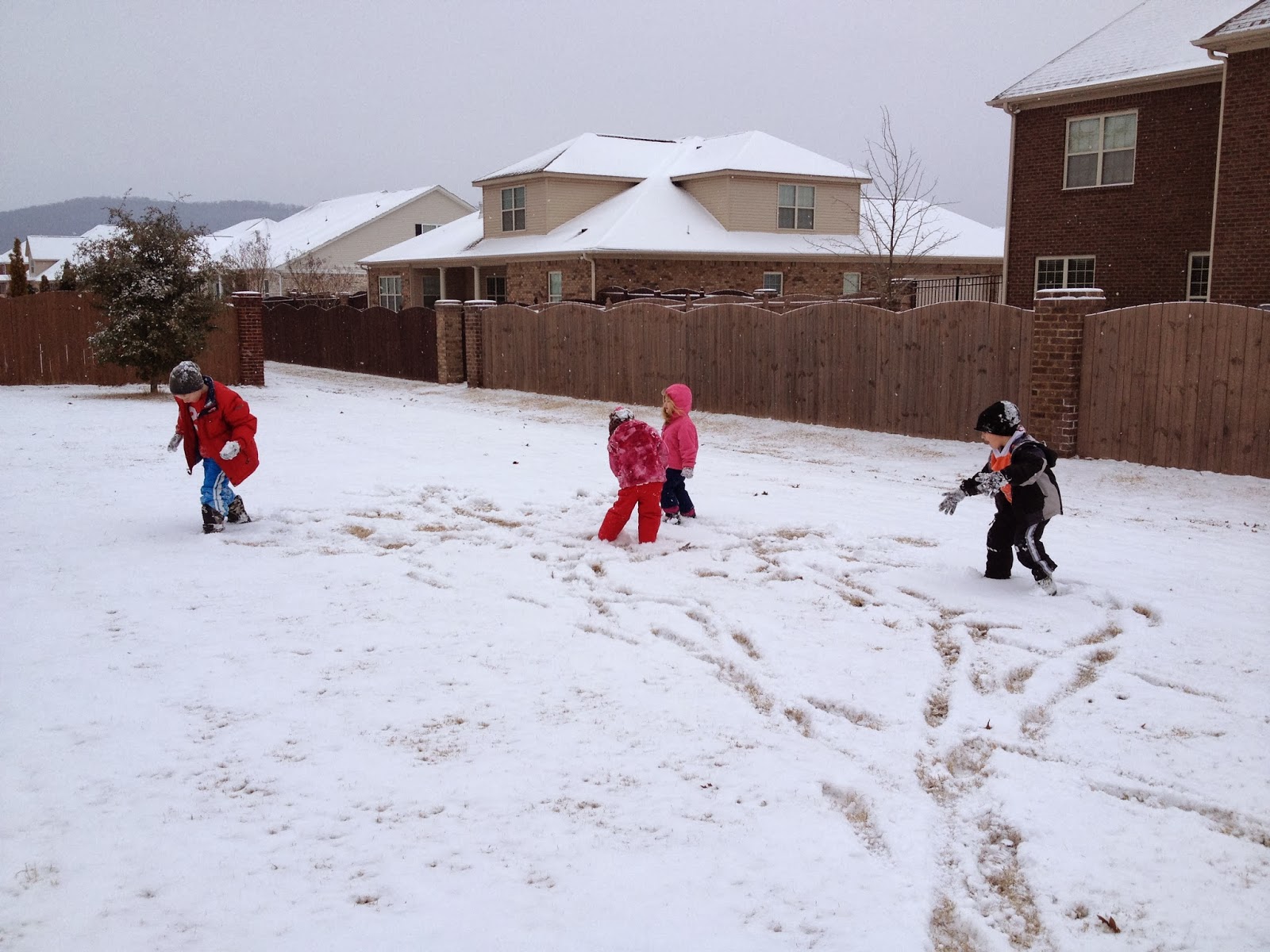 Everyone was very cold so we came inside for hot chocolate. 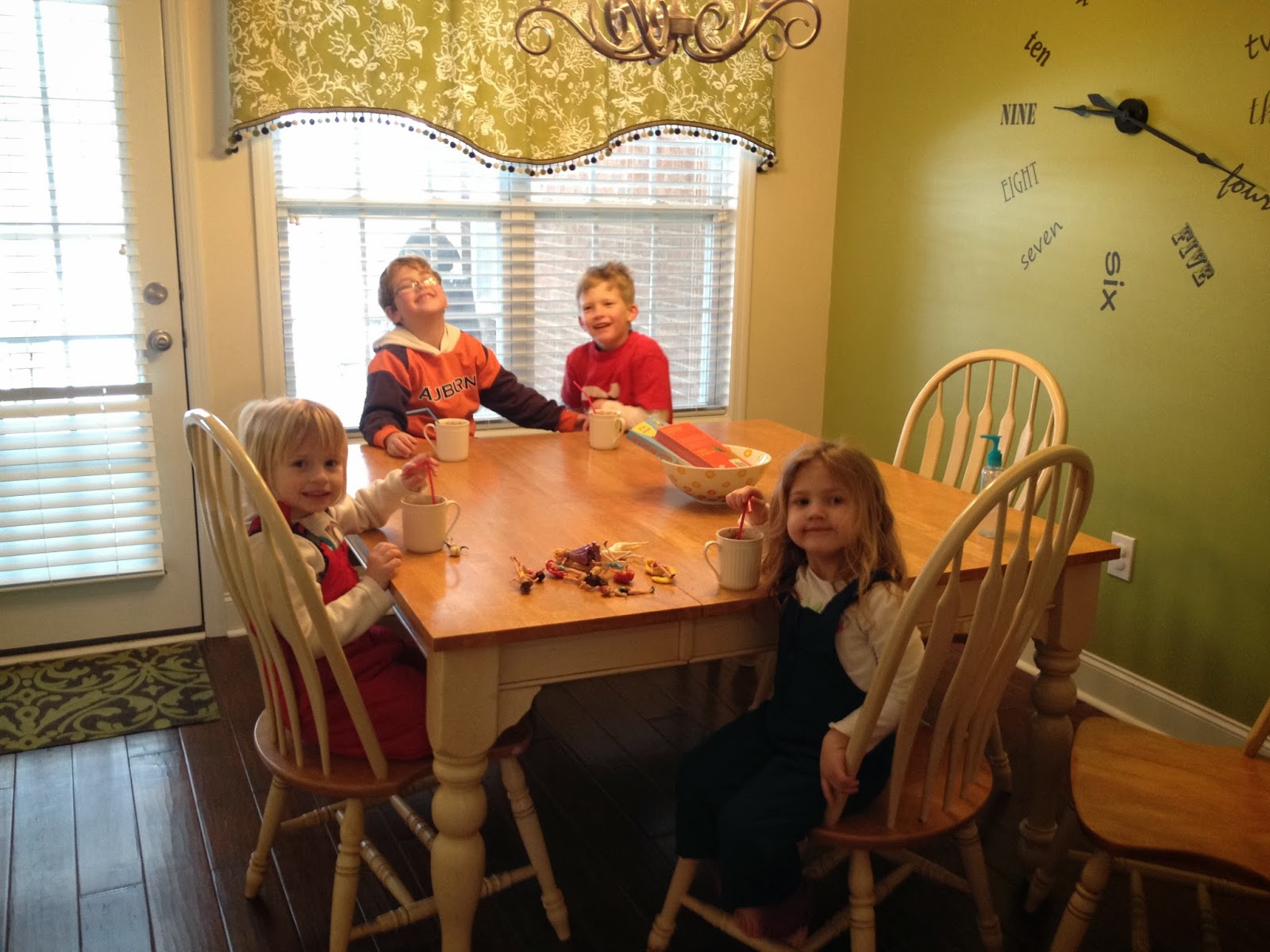 And some movies.  The kids spent the rest of the day playing and having a great time off from school! 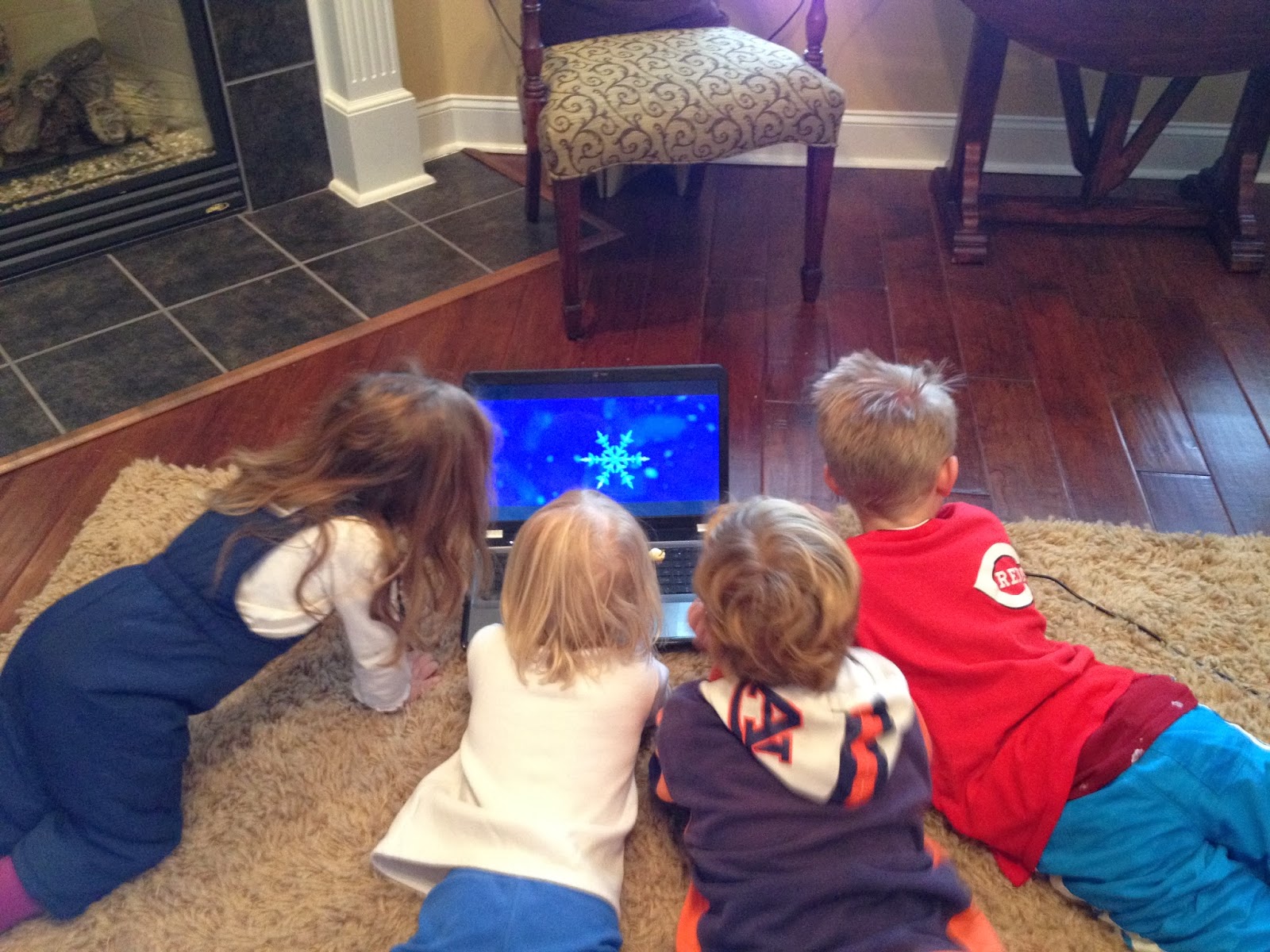 The roads cleared by afternoon so Matt was able to come home which we were all glad about.  But guess what???  We have another, even bigger, snow storm headed our way tonight and tomorrow.  It is set up to be a big one!!  School is already out for tomorrow and we are gearing up for Round 2!  Should be interesting.  Stay tuned.