We managed to pull off something last week that I thought would never happen.  We took an adult only trip to Disney.  CRAZY!!!!  When we started throwing the idea around 8 months ago I figured it was just a fun idea but it really happened.  We went with the McClures and Kelly so that meant there were a total of 8 kids that we left.  Ha!!  Our kids were ok with us going because we promised them we would take them in October.

We headed down to Birmingham on Wednesday night and spent the night at Paige's aunt's house since we had an early morning flight.  I survived the flight (I don't like flying)! 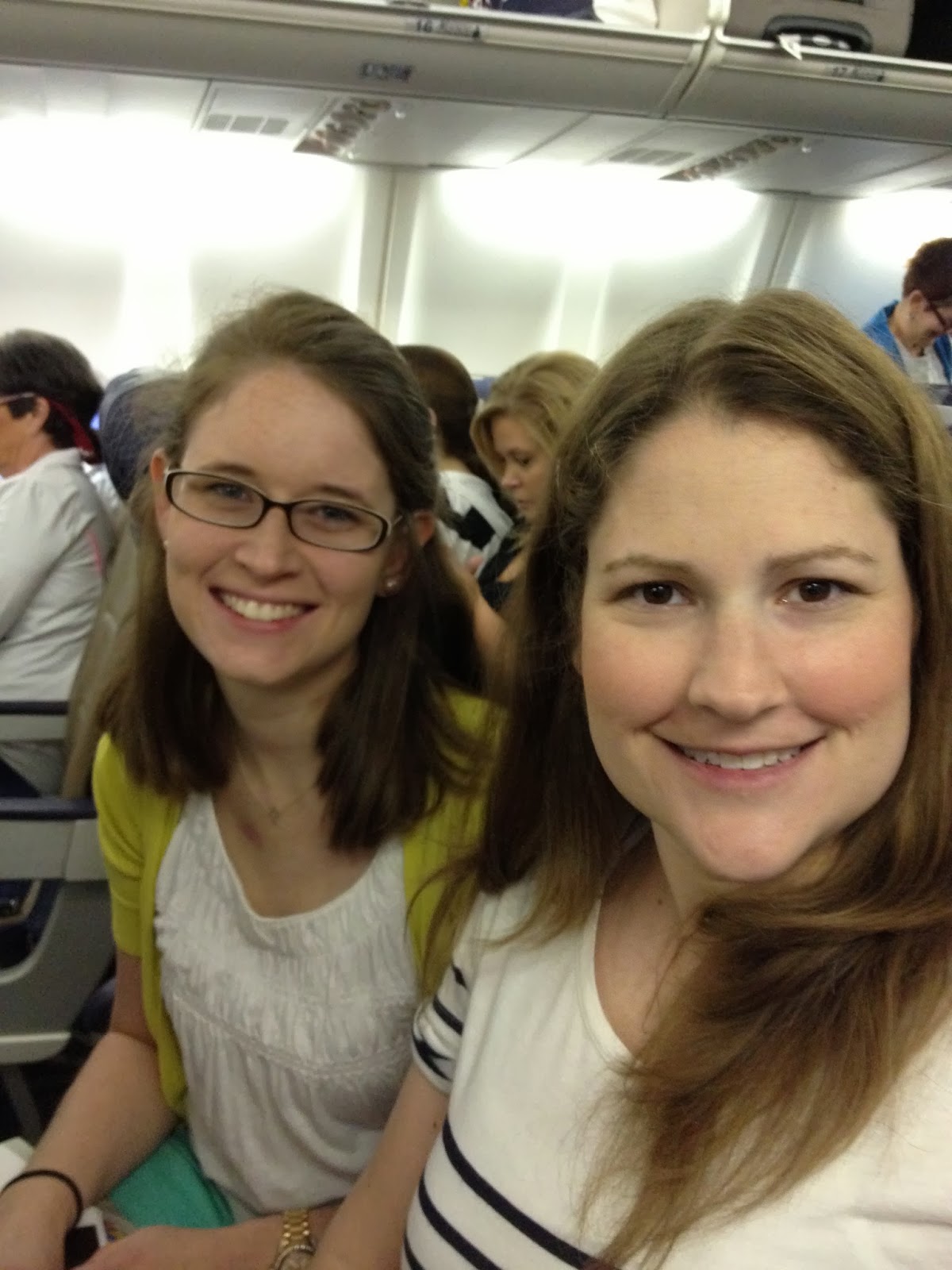 We were in Disney World by like 9:30 in the morning.  Our first Mickey sighting was in our hotel,Caribbean Beach.  It was a really nice hotel.  Lots of fun beach themed stuff. 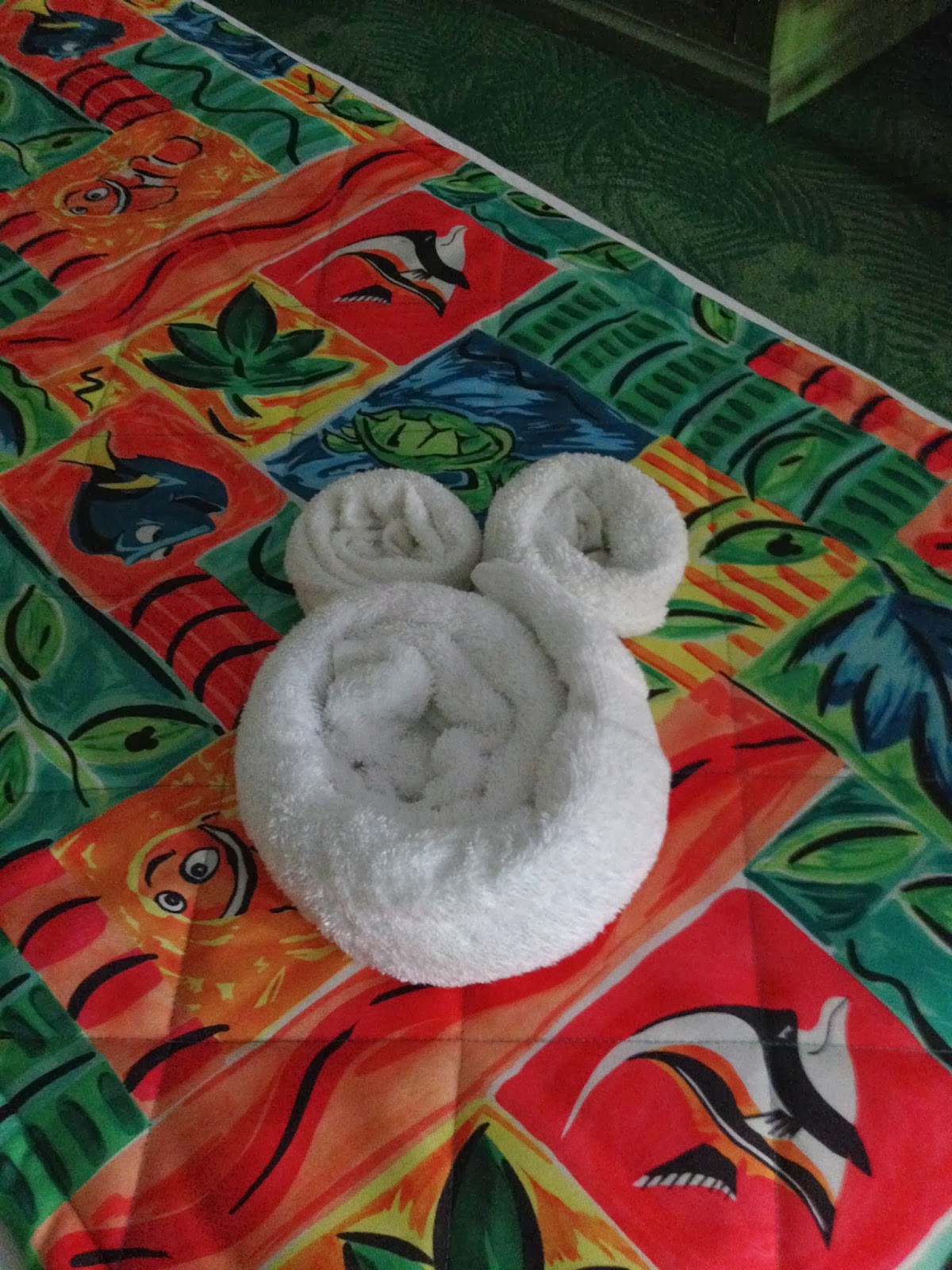 We threw down our carry on bags and headed over to the running expo at ESPN.  We had to do some photo opps of course!  The expo was really simple to get around and we were in and out! 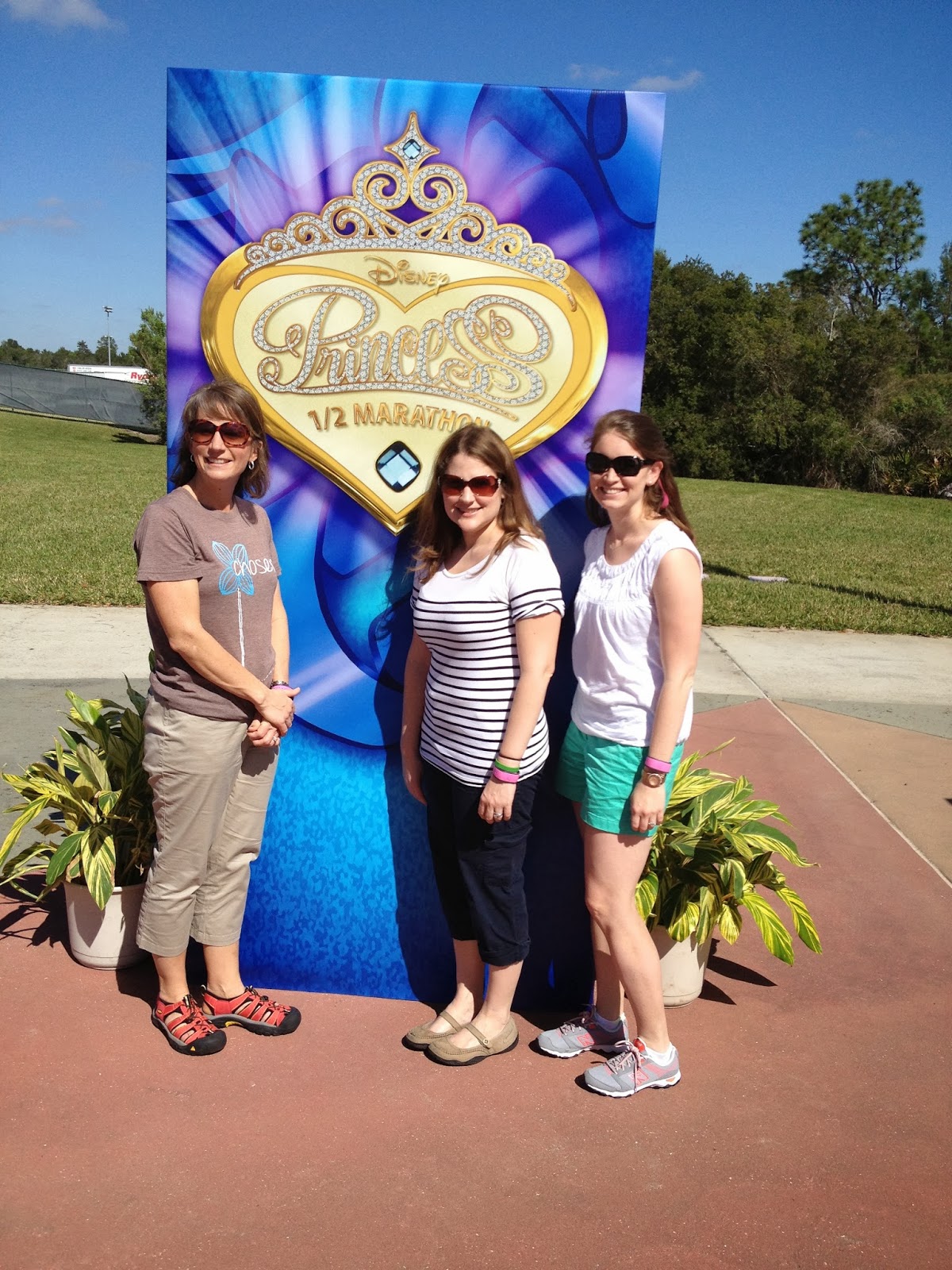 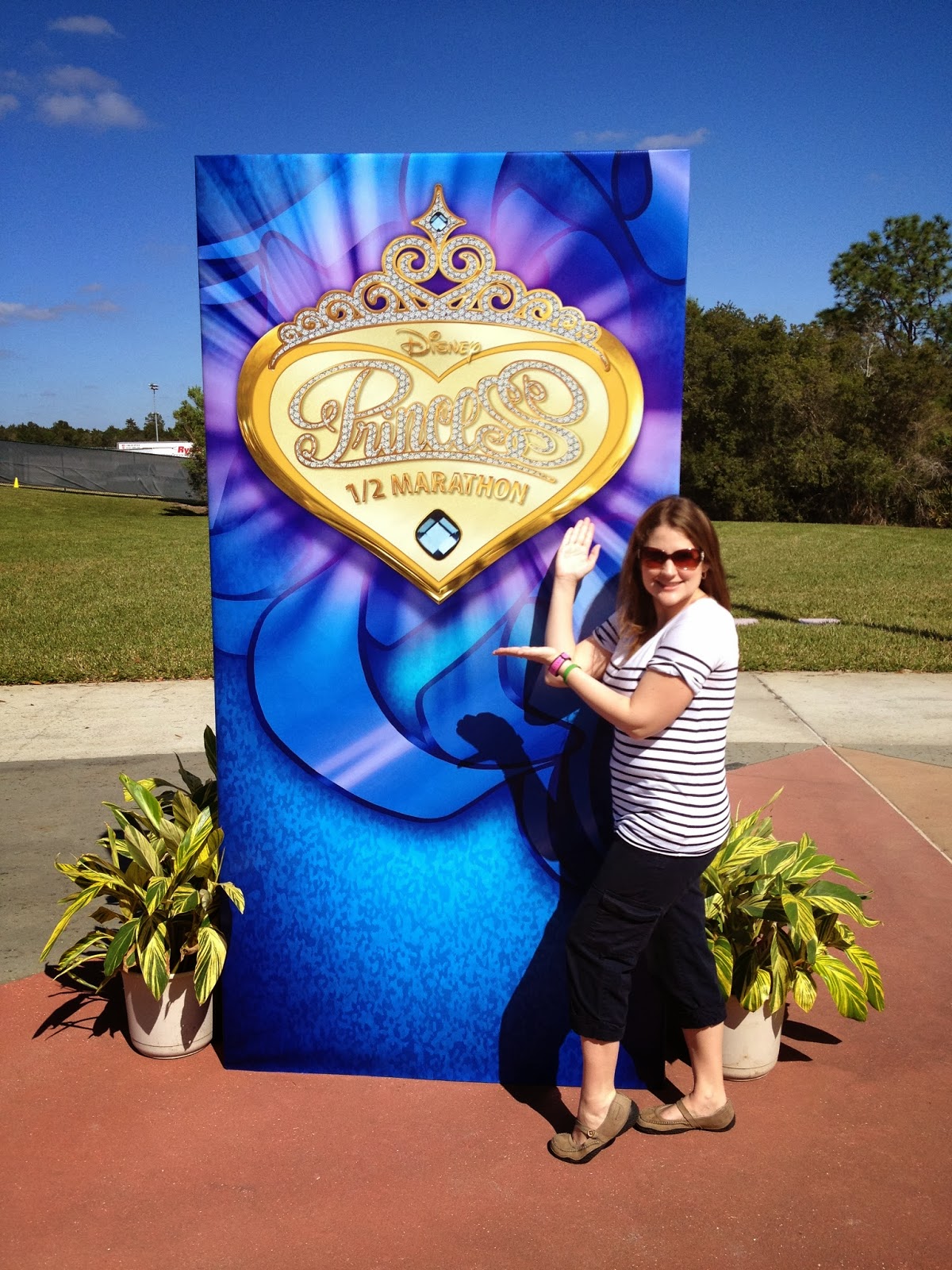 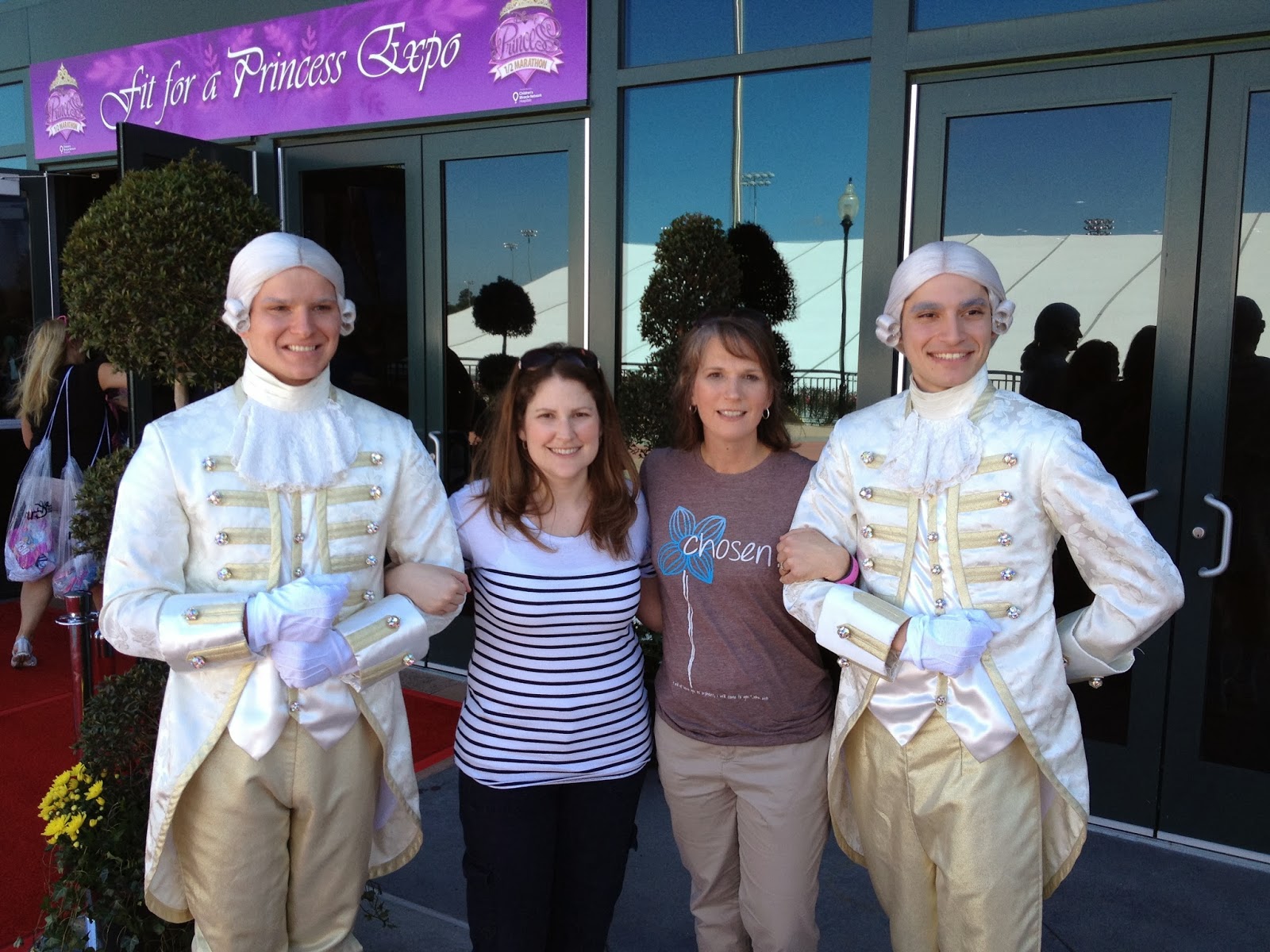 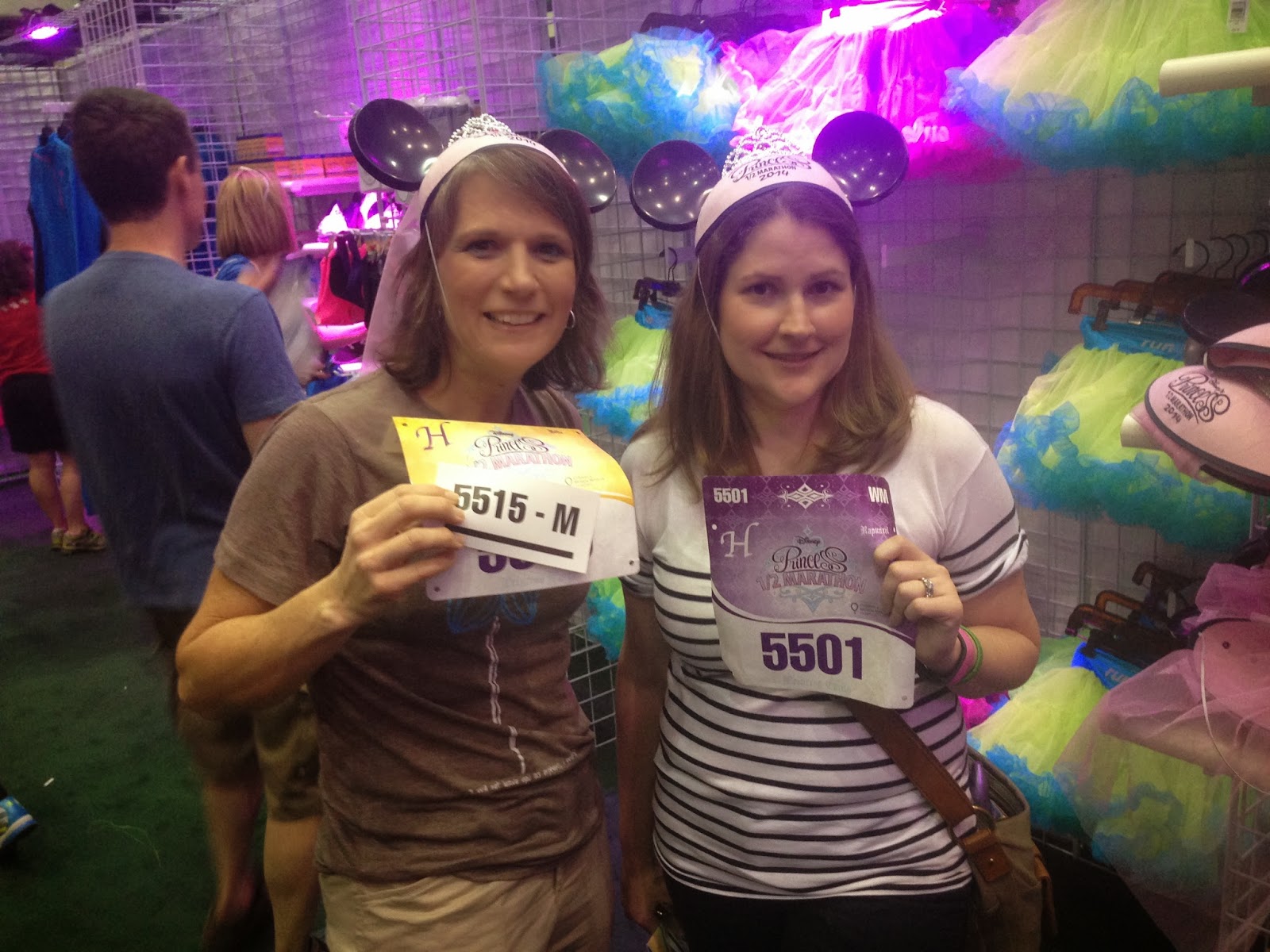 We took a long trek (we ended up walking the long way around) over to Epcot.  We were starving so we ate dinner at the Mexico pavilion.  So yummy!! 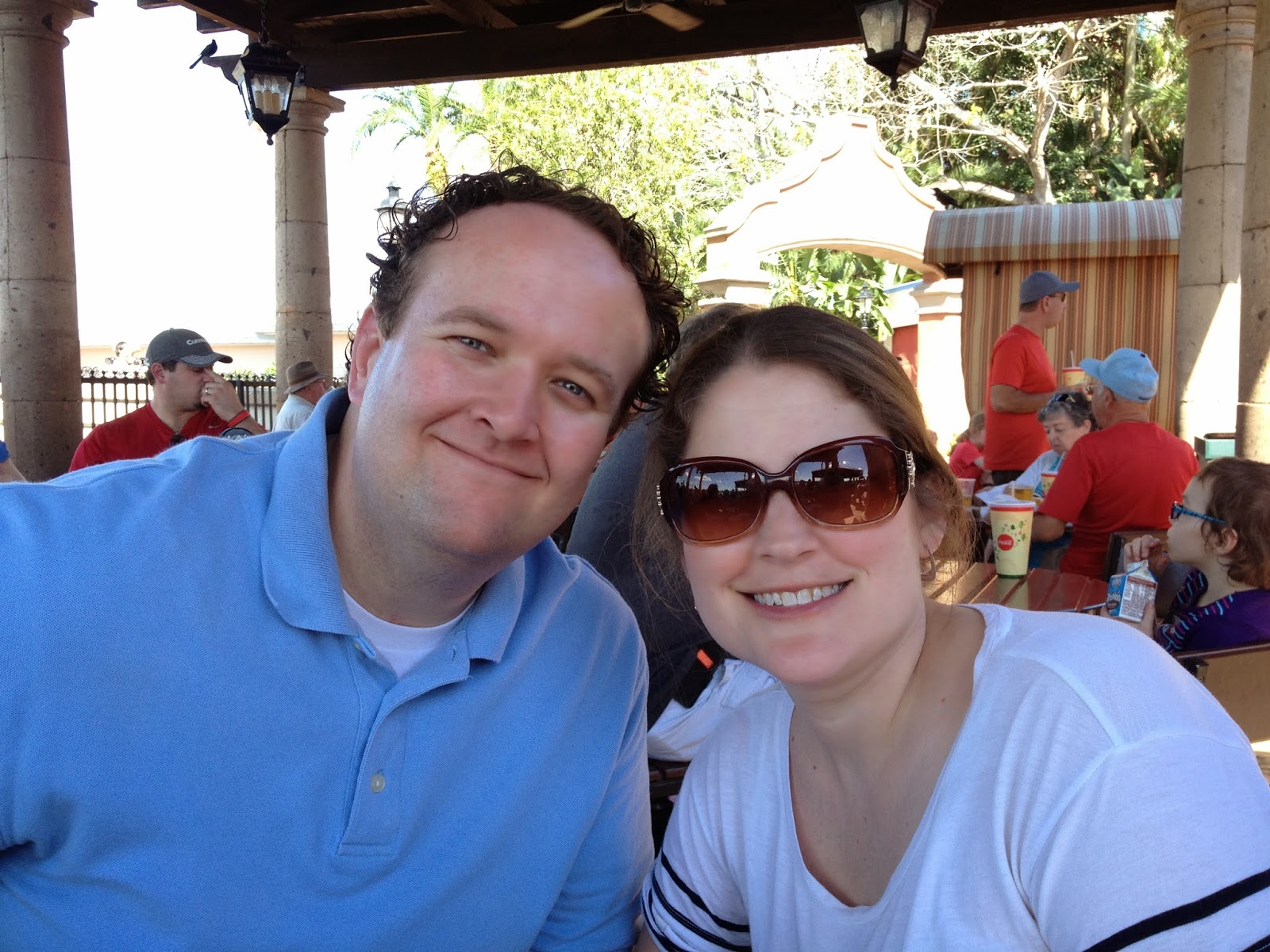 Then we hit the big rides at Epcot.  Our favorite ride is Soarin'.  We also did Test Track, Mission Space, Nemo, Turtle Talk with Crush, Malestrom and Spaceship Earth.  It was amazing how many things we could do without kids! 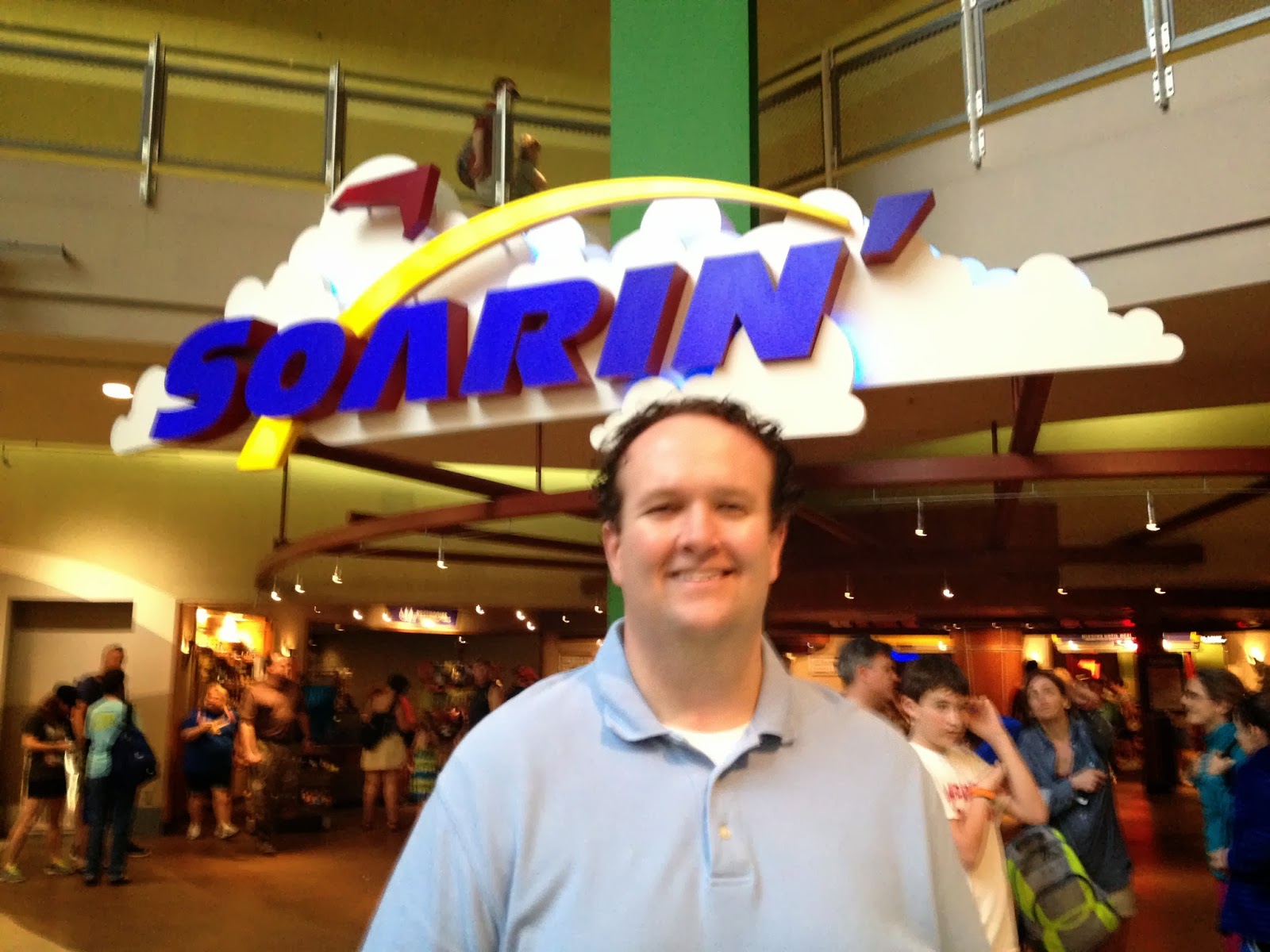 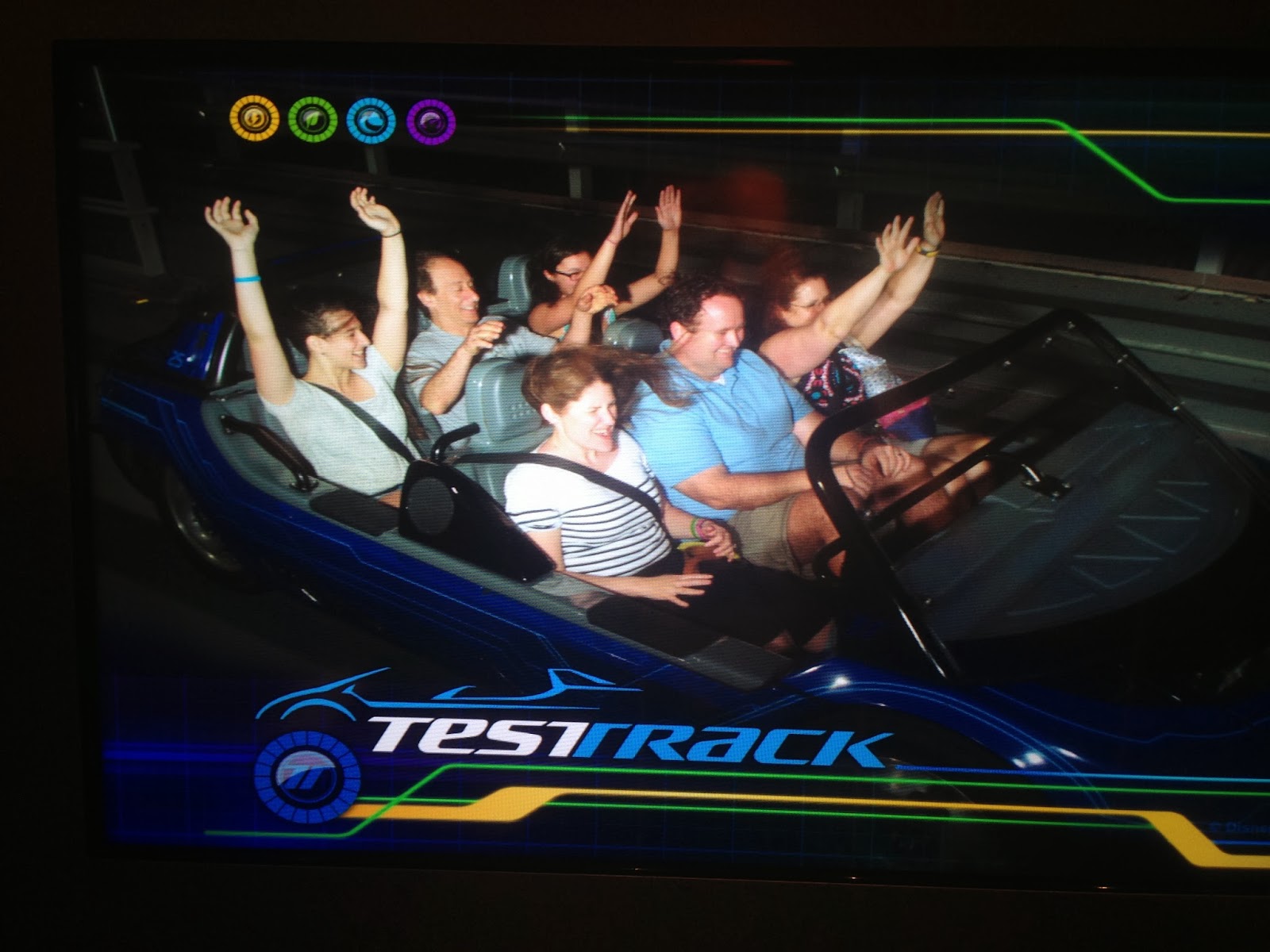 We also hit some characters!  We saw the big man himself - Mickey! 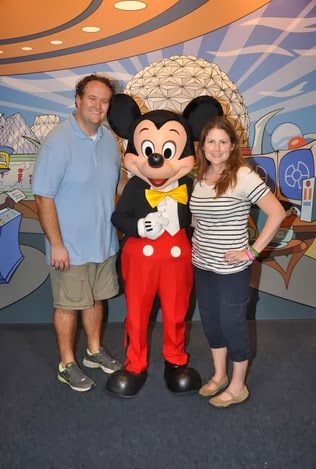 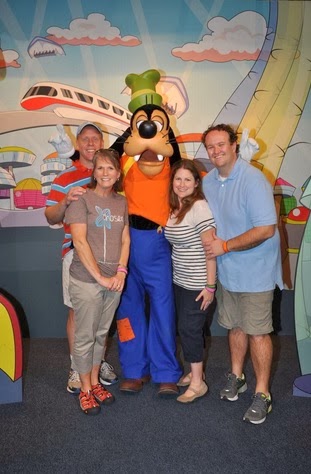 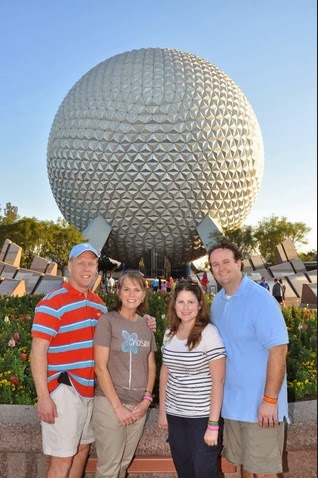 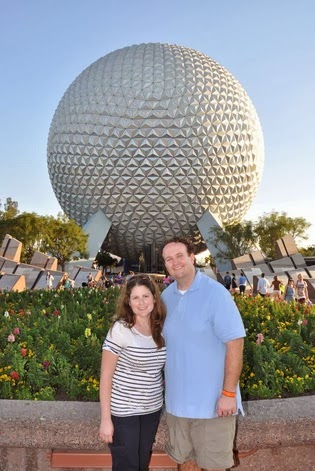 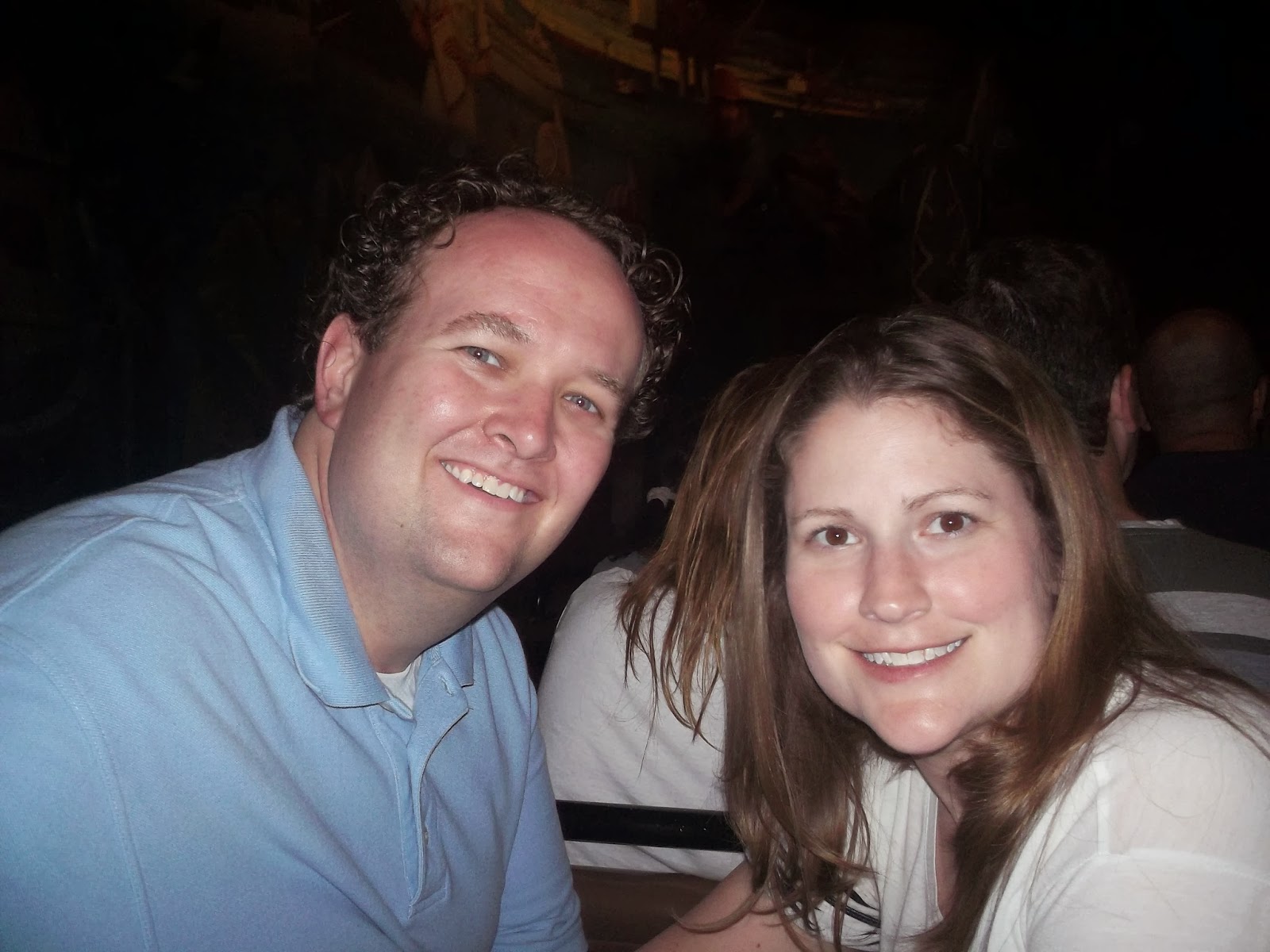 We finished the night with a stroll through the countries.  This was what I was most excited about doing in an adult only trip.  A chance to check out all the little details. 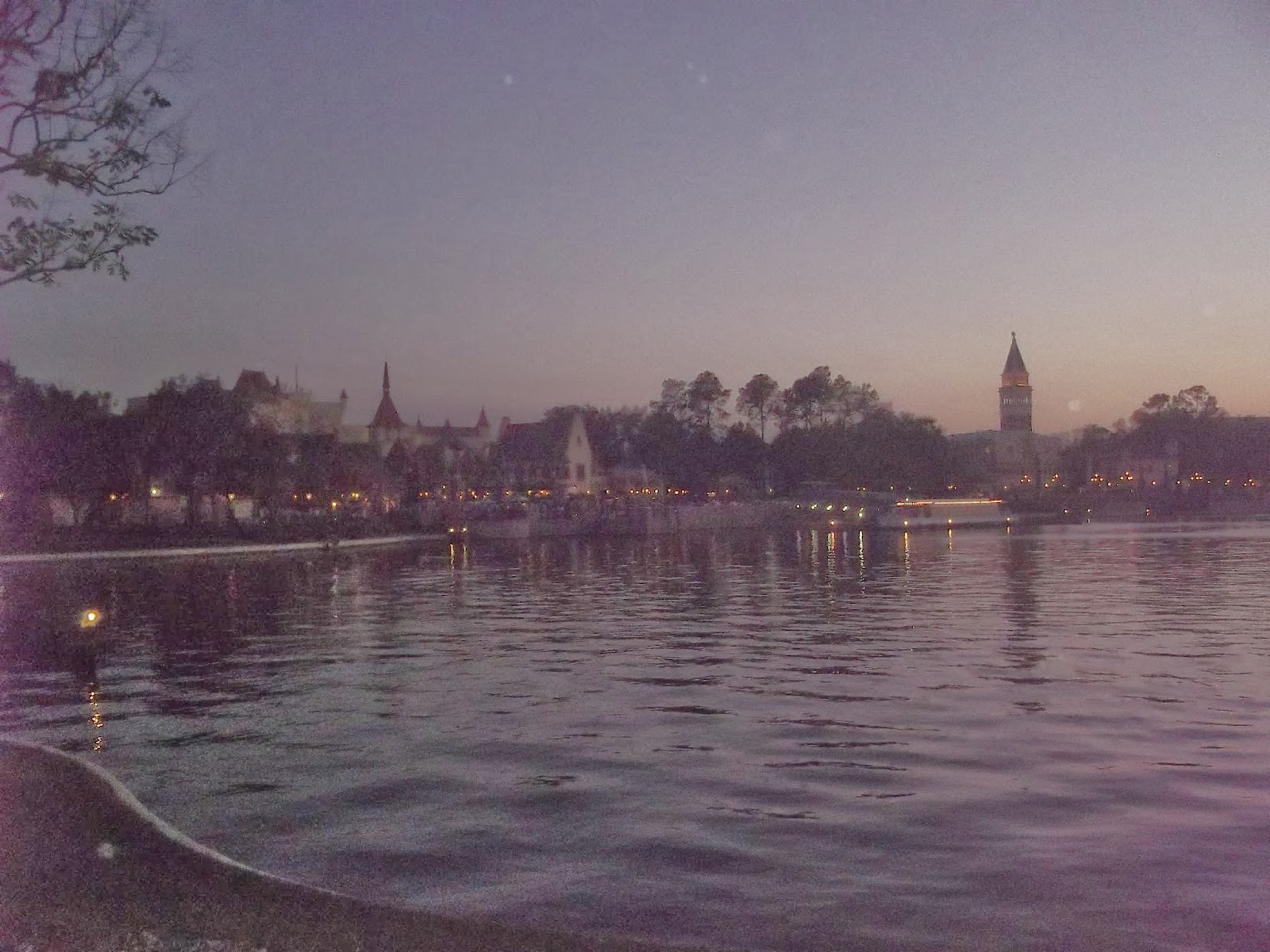 We ate dinner in Italy.  It was so yummy!!  We were on the dining plan so we did a lot of eating at Disney.  We saw a shirt that summed up our experience perfectly - "I run Disney so I can eat Disney."  After dinner we went over to France to get some pastries for breakfast.  Yep we did our share of eating. 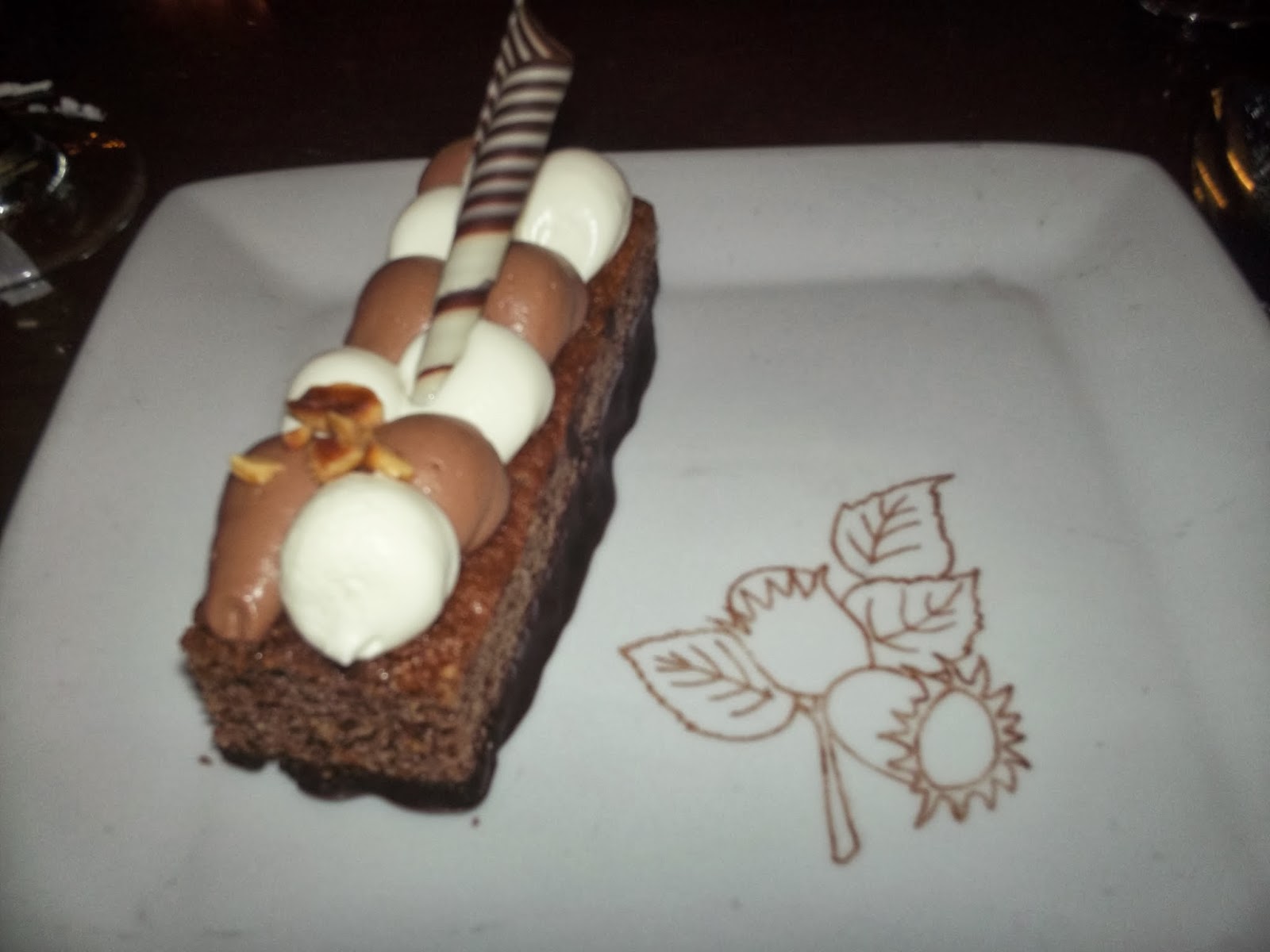 We called it an early night since we had a long day and knew that it was be several more long days.  It was a great first day of our trip!