After the tailgating fun, we headed over to the stadium to try to get some tickets to the game.  Thankfully we were able to get 4 tickets for $30!  Awesome deal!  We were excited to head into the game. 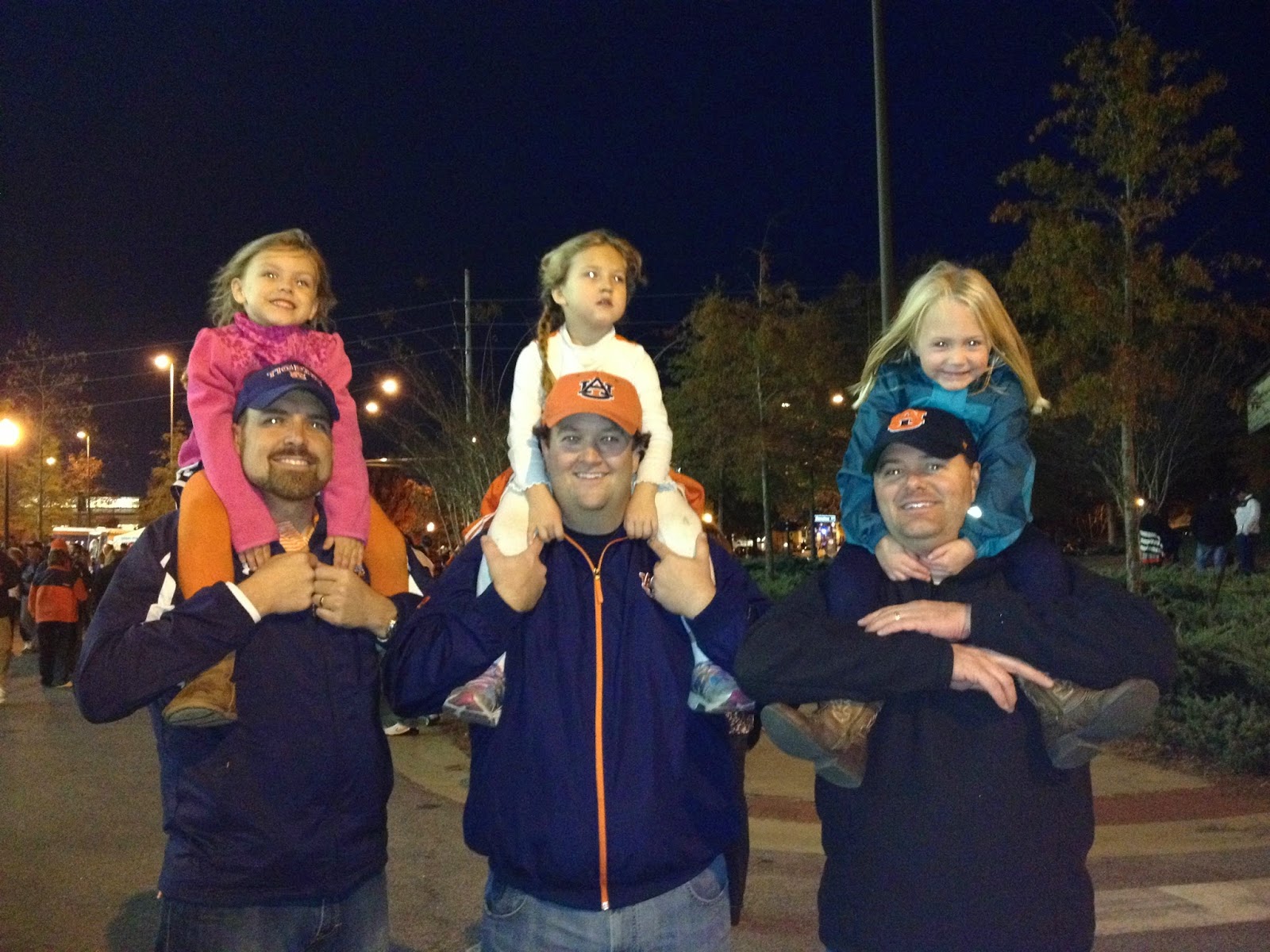 The stadium wasn't very full but our tickets were all over the stadium.  Ben and I had great seats that were against a wall so we had back support. 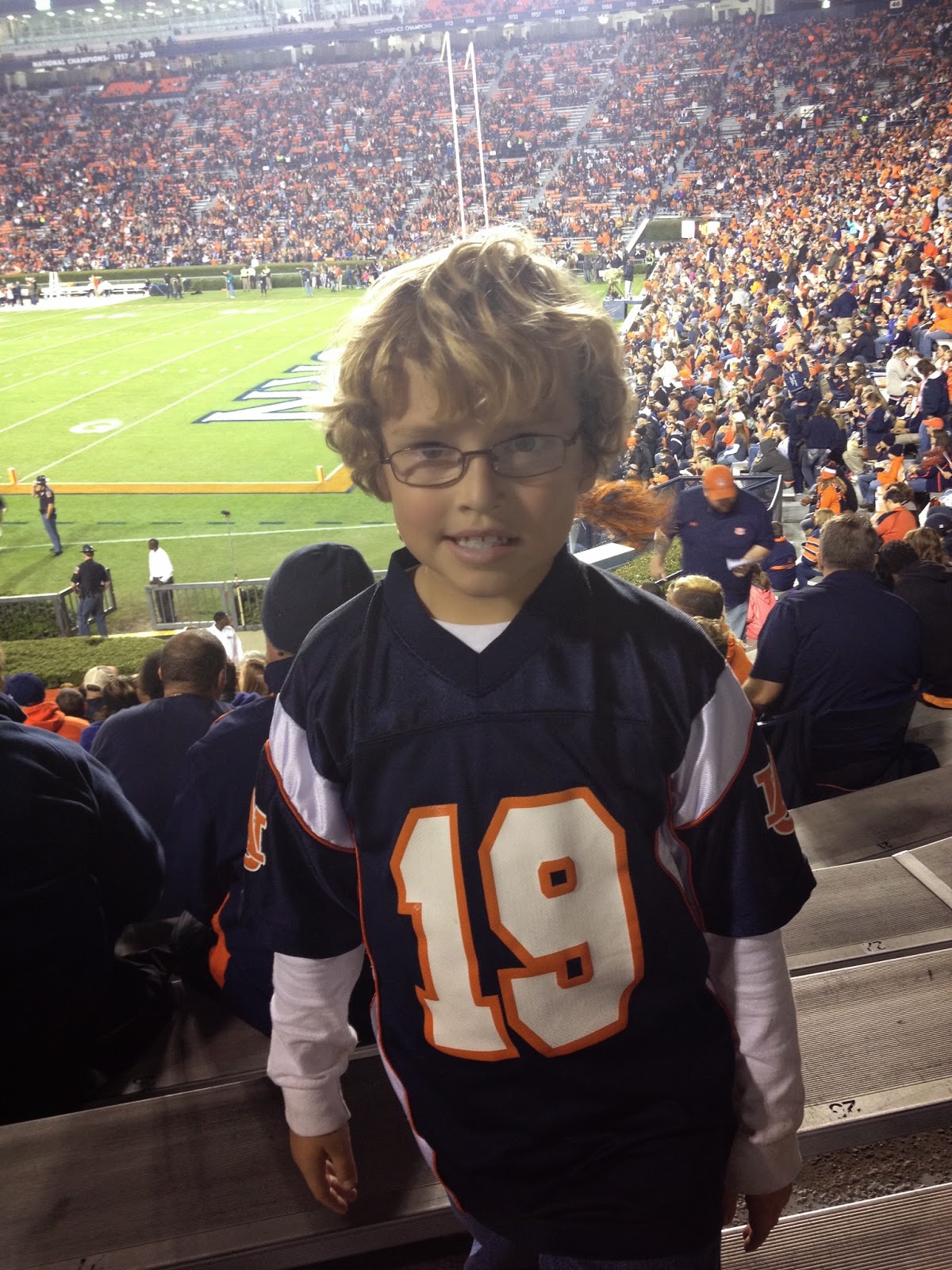 Kate and Matt came over and joined us in the middle of the first quarter.  Ben has a great look of disgust on his face which is probably due to how bad Auburn played in the first half.  We were actually losing the Samford during the second quarter.  It was rough.  Not to mention that is rained on and off for most of the game.  Nothing too hard but steady sprinkles. 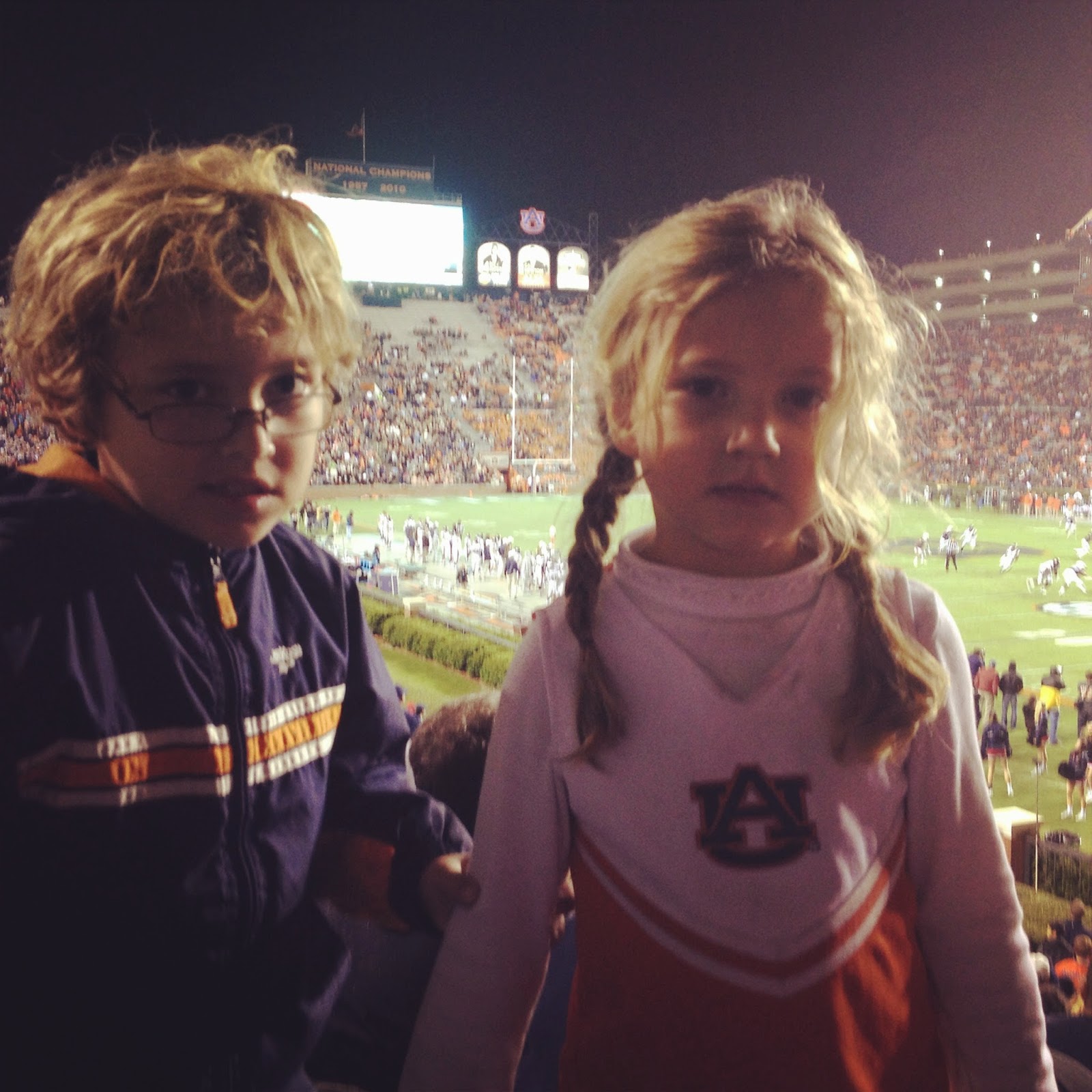 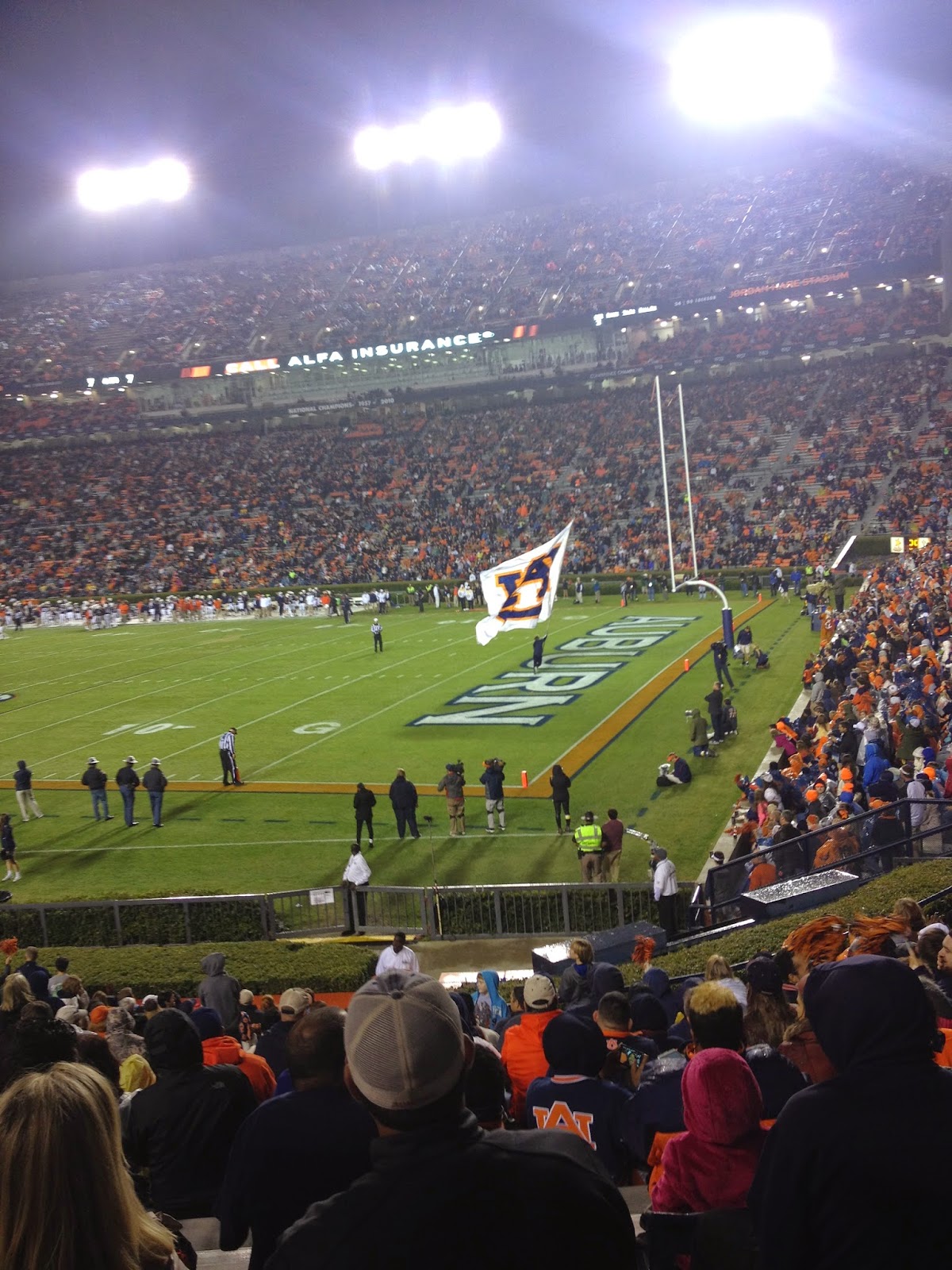 The Cabras joined us for a little bit.  The kids had a blast hanging out and watching the game! 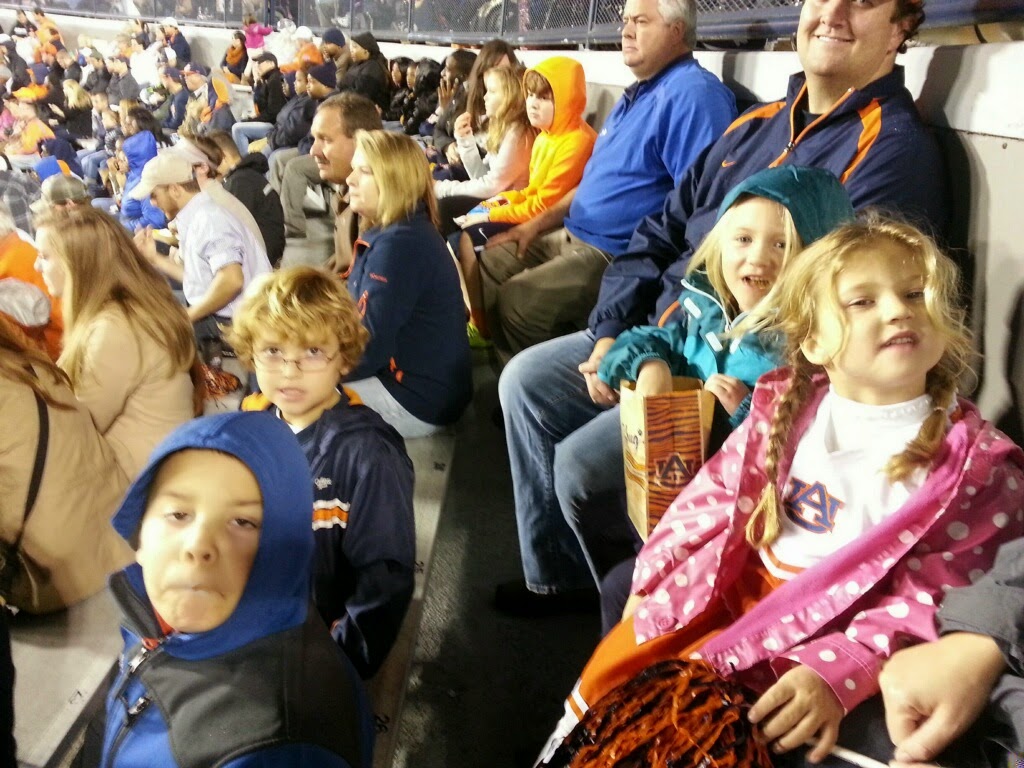 We made it through the whole game!!  Thankfully Auburn won 31-7.  It was family day so they allowed us to go down onto the field after the game.  It was awesome to get to walk around on the field and look up into the stands! 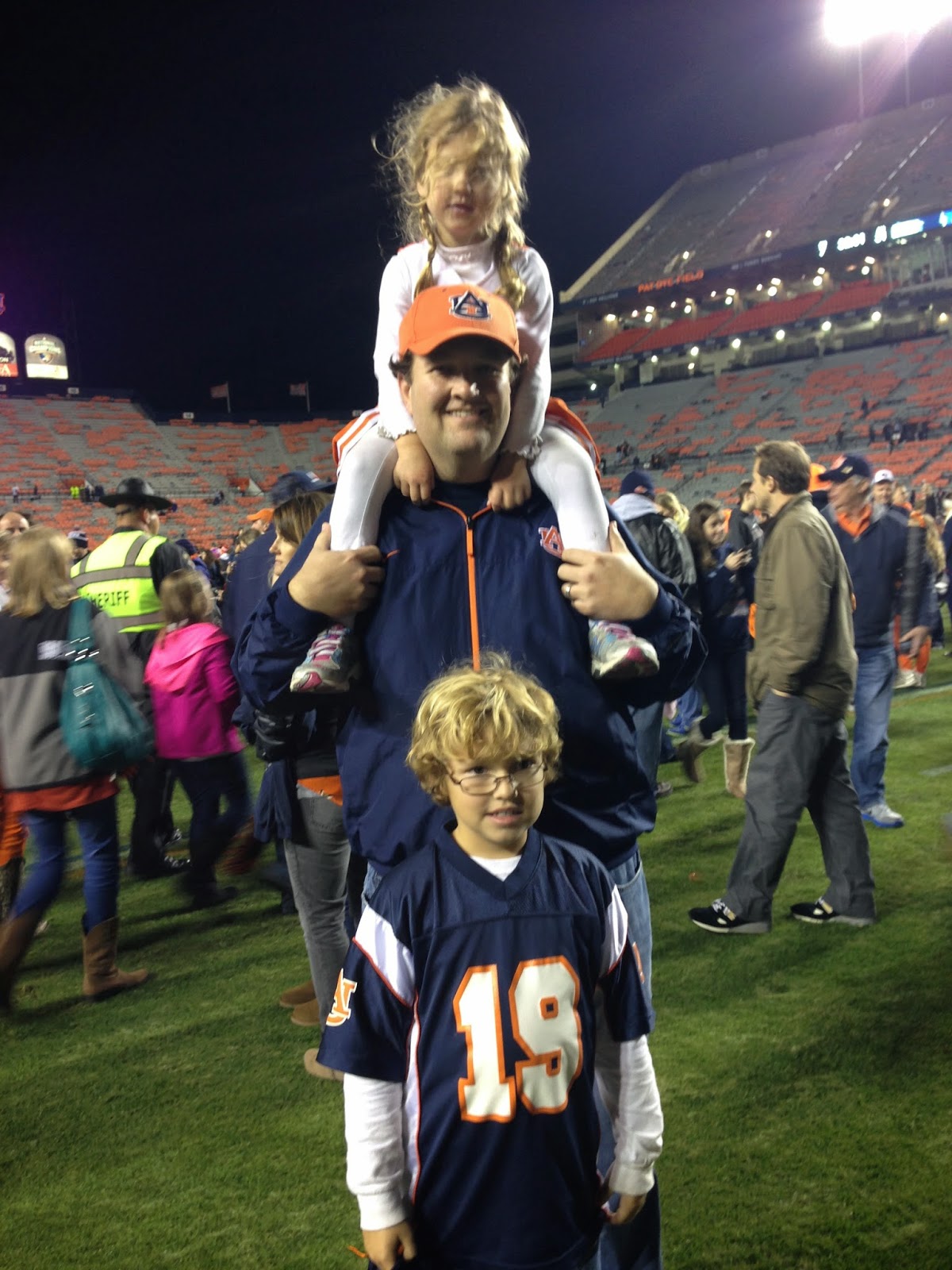 Unfortunately both of our phones died so we couldn't get many pictures on the field but we ran into several people we knew that took our photos!  It was a really great experience. 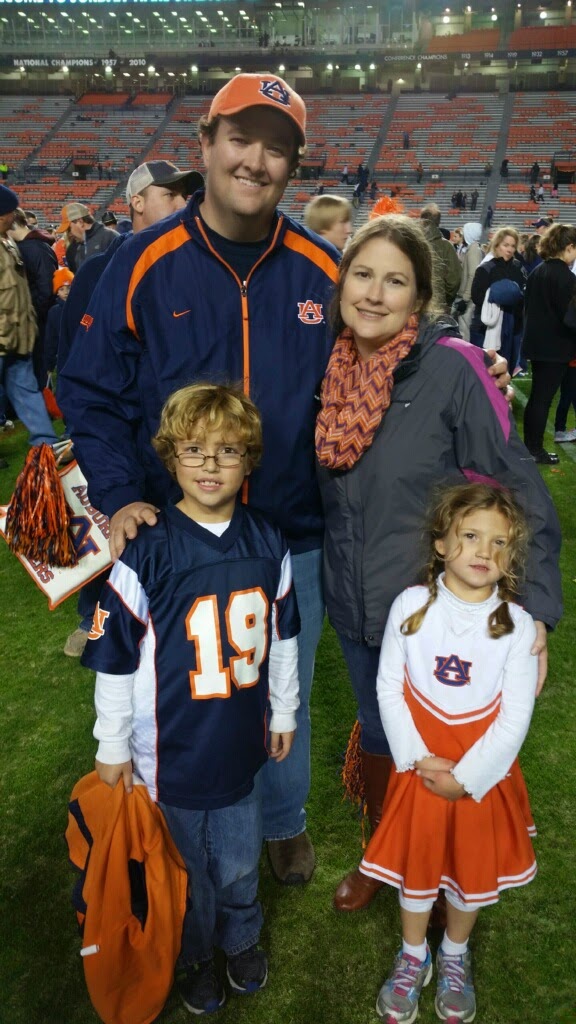 Sunday morning we got up and headed back to Auburn to get our picture made with Aubie Clause!  It was a fundraiser for Aubie and really cool.  The kids loved getting to see Aubie.  I know I am biased but he really is the best mascot ever! 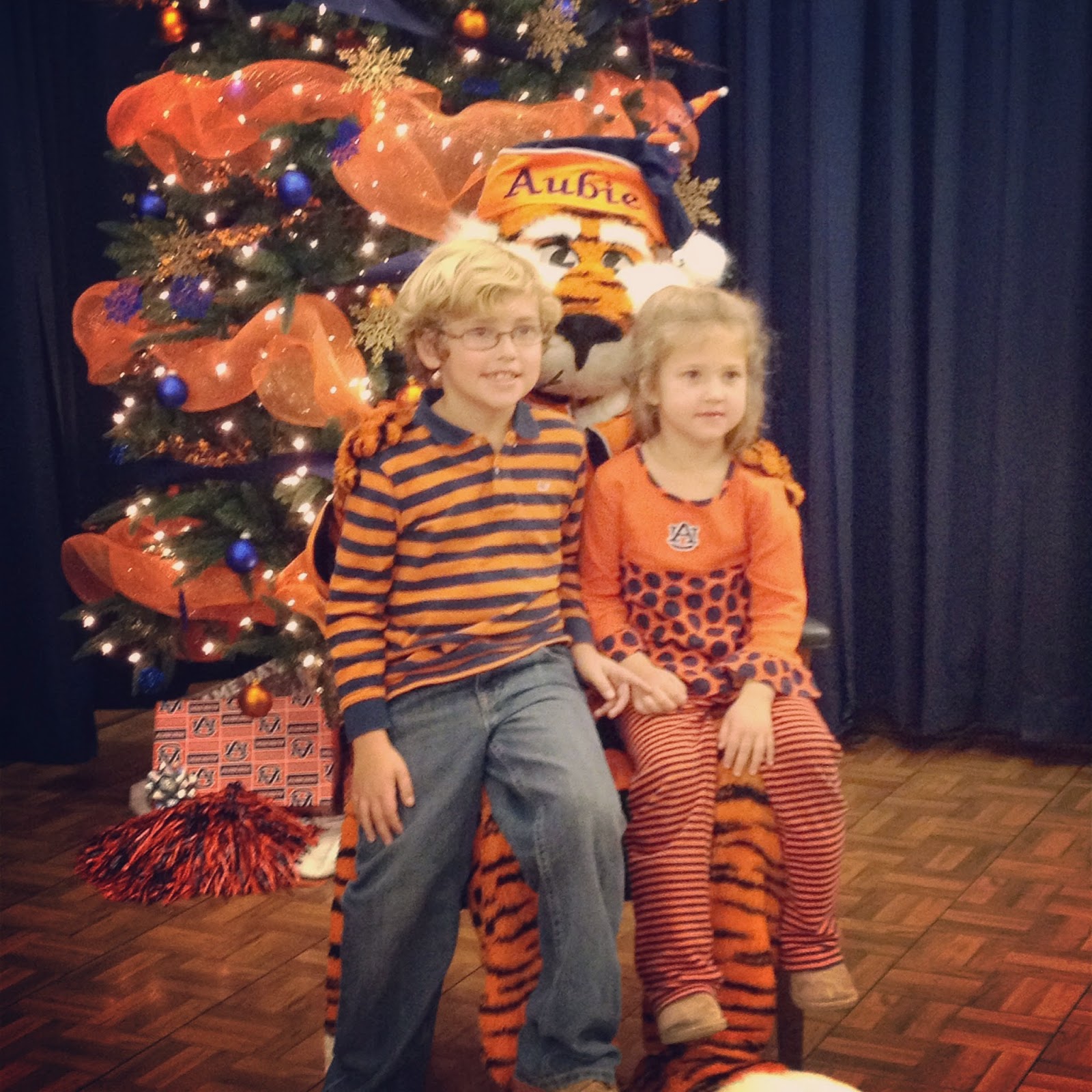 Such a great weekend.  Anytime we get to spend in Auburn is always special.  Feels like going home!