We wrapped up a fun week of Halloween fun over the weekend.  I decided to be very laid back on Halloween this year.  I have always matching the kids costumes perfectly and we have had pumpkins that were carved to the theme.  This year I let the kids decide on their own costumes and do their own pumpkins.  I don't know what came over me but I guess I am losing some of my Type A - ness.  Kate chose to paint her pumpkin instead of carving.  She was so excited to do it all by herself. 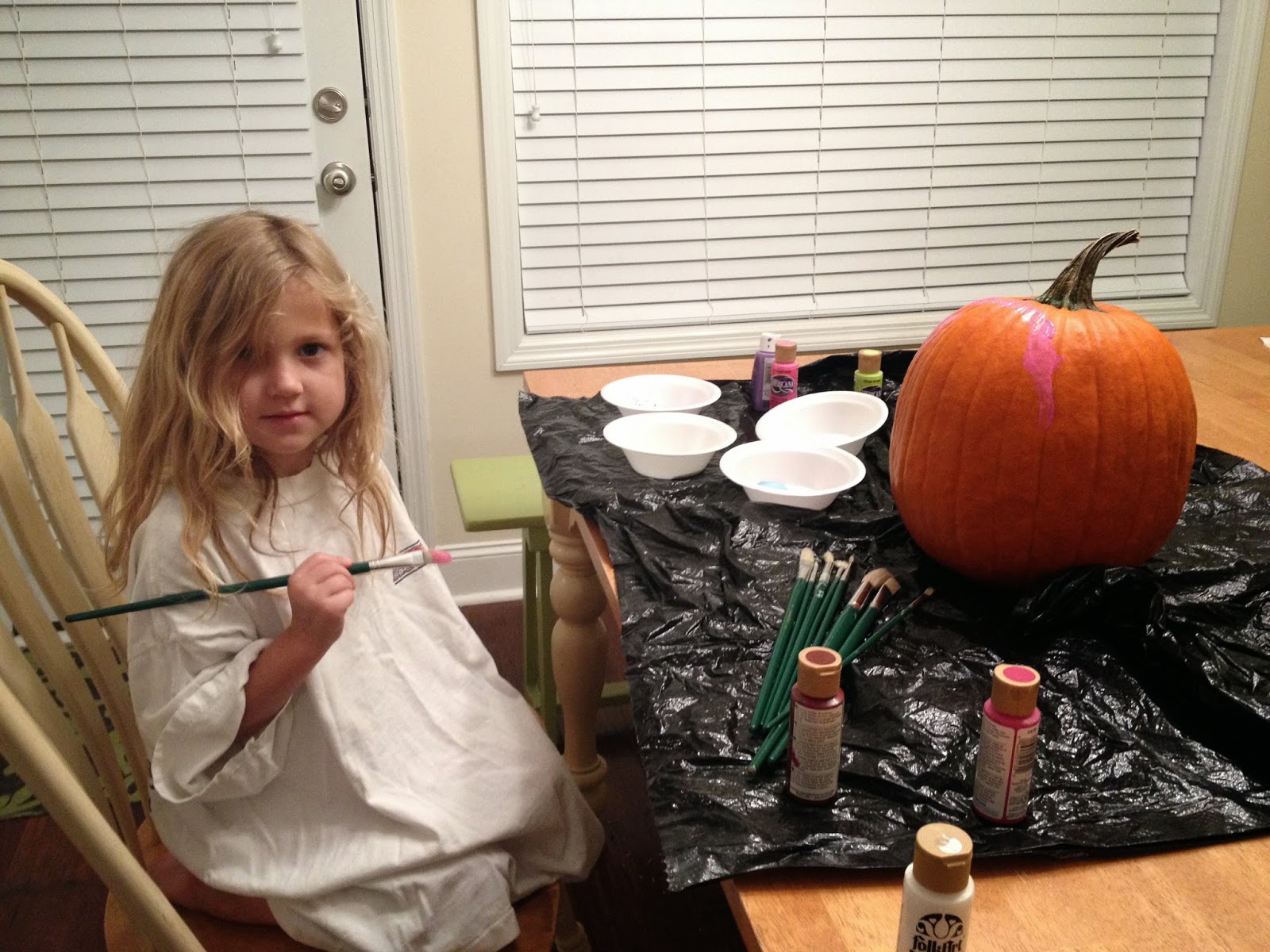 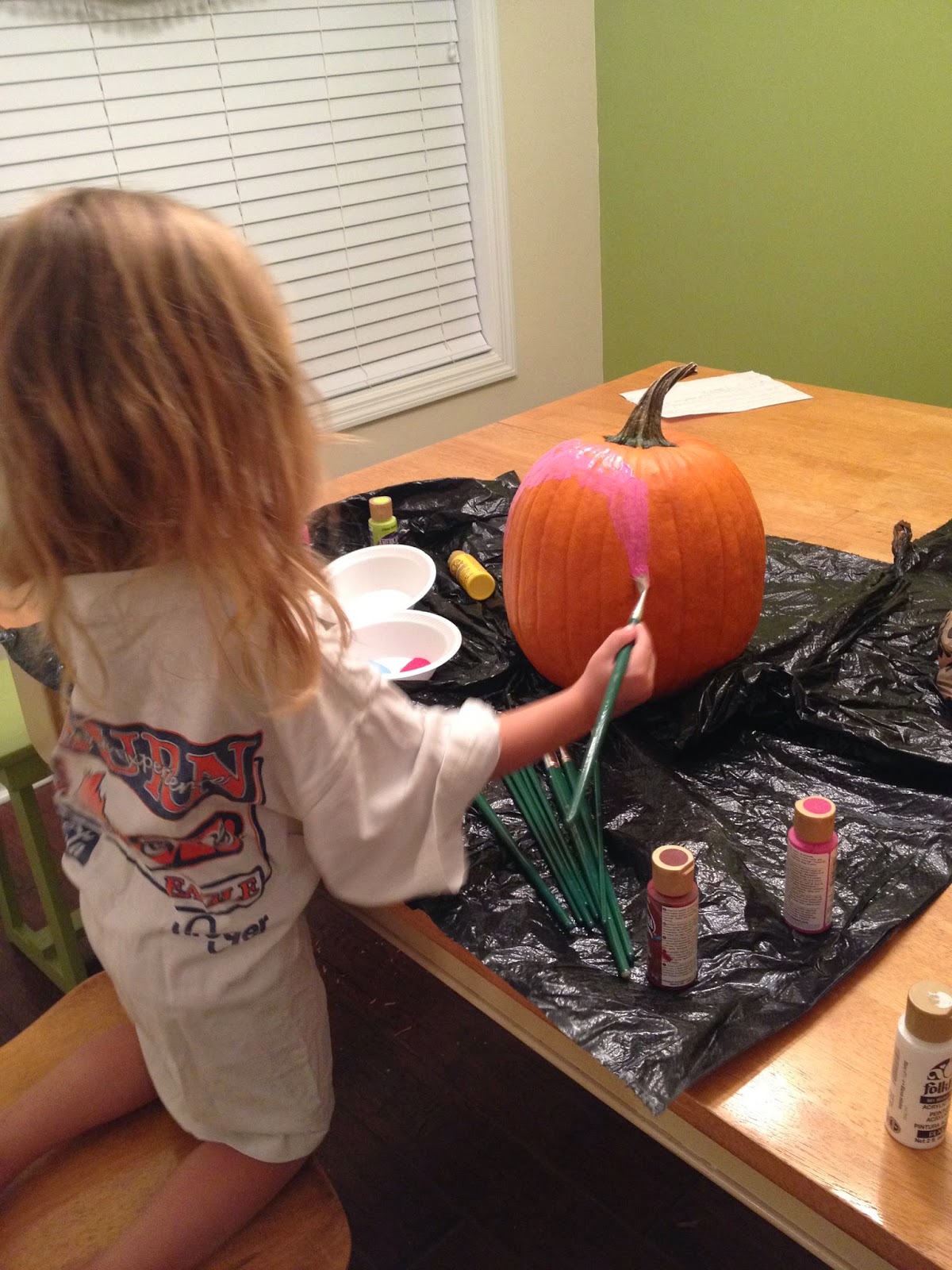 It turned out so cute!  She did an amazing job.  The other side she painted with blue hair and called it a boy and this side was a girl. 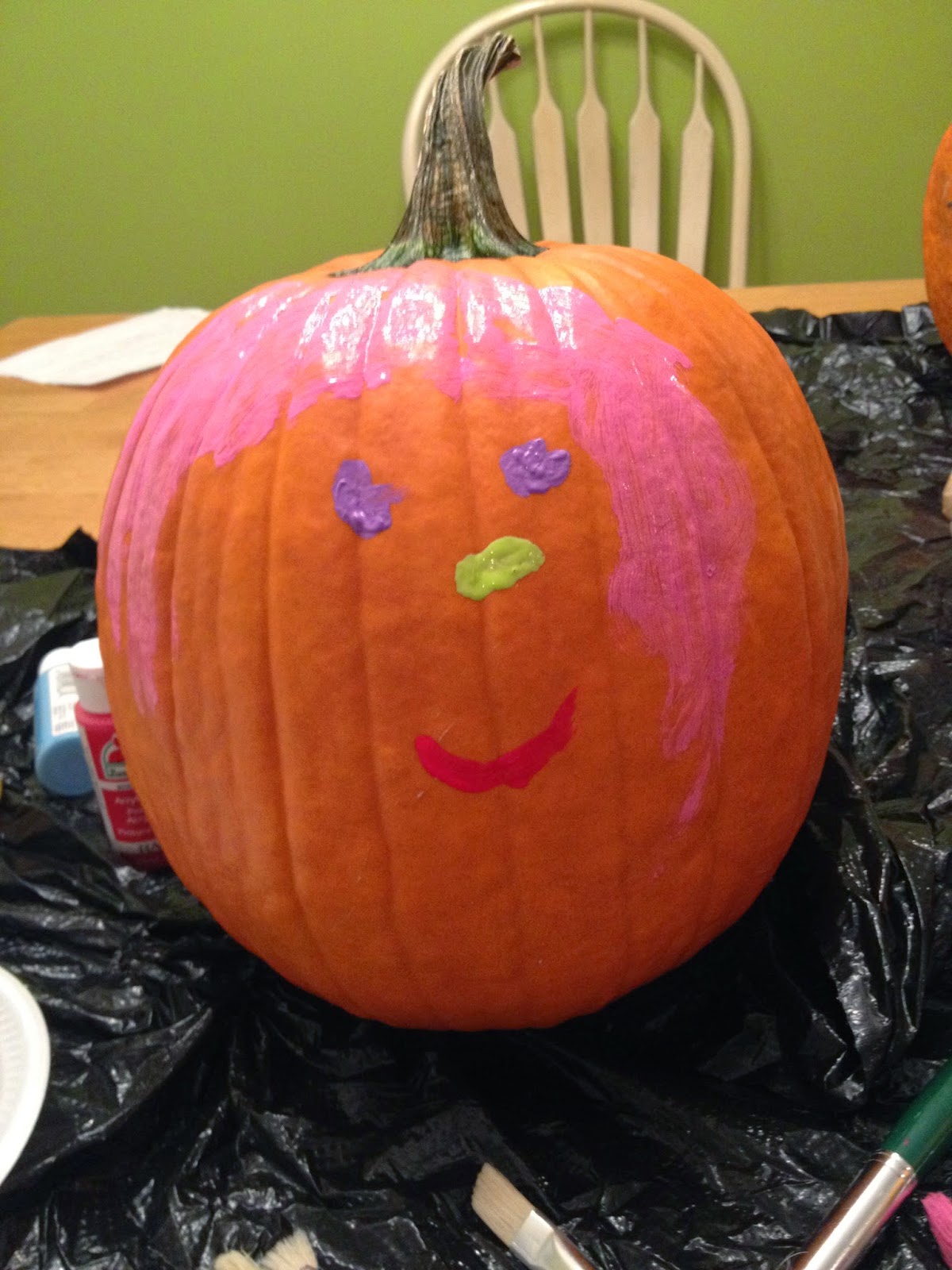 Ben and Matt did traditional carving.  Ben was not excited about digging out the guts. 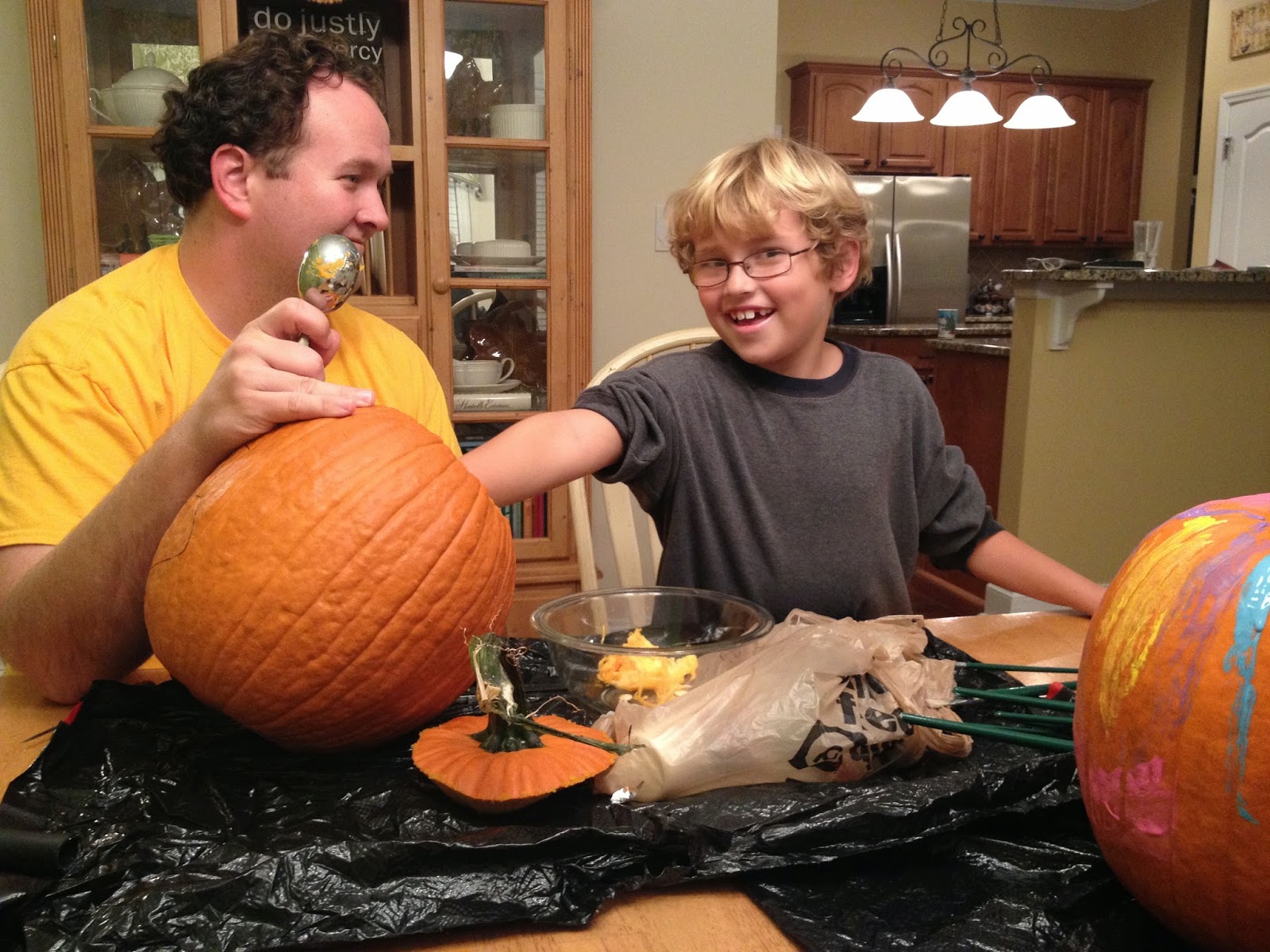 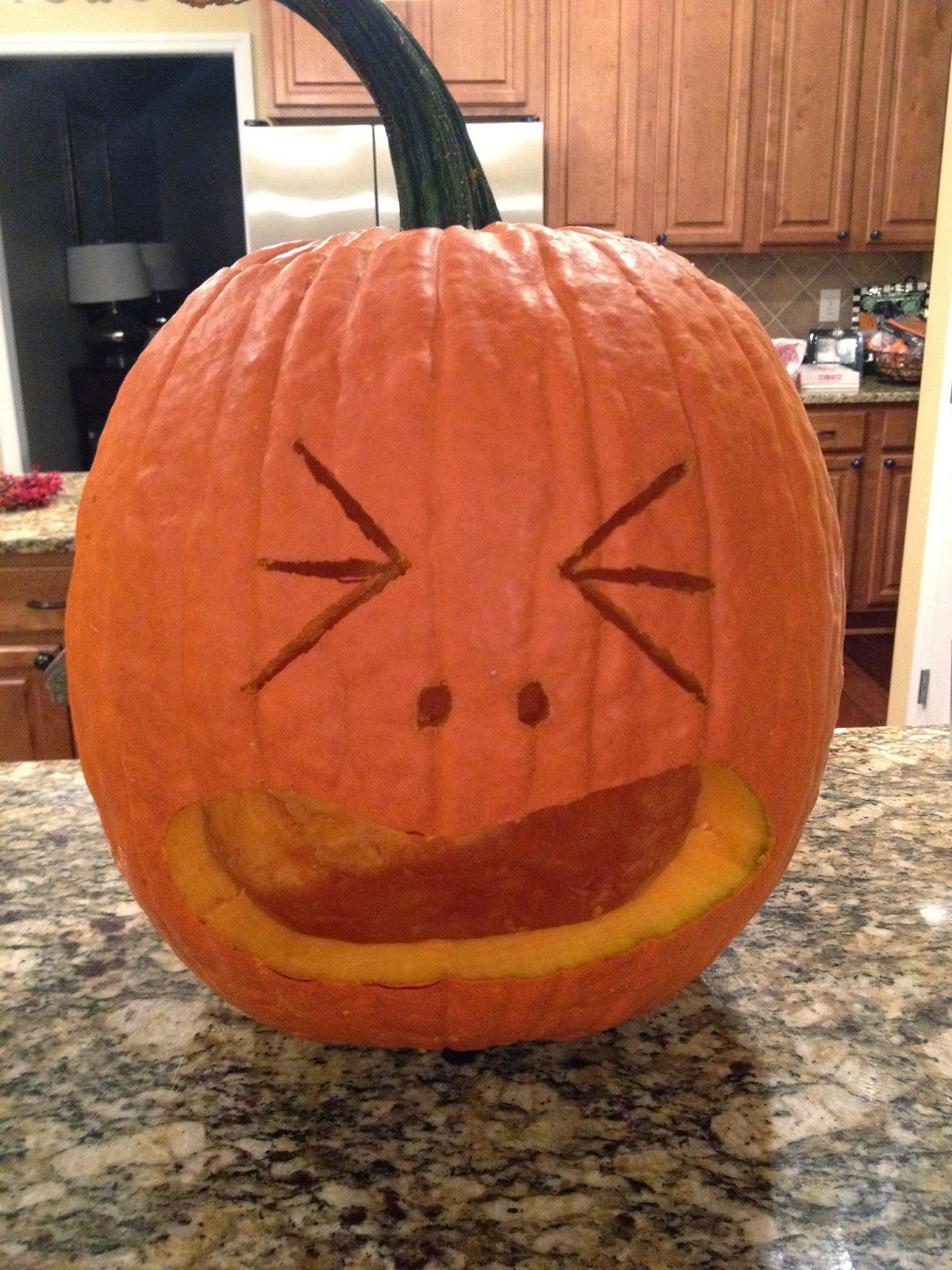 Friday morning we got the kids some fun Halloween donuts  to celebrate the day. 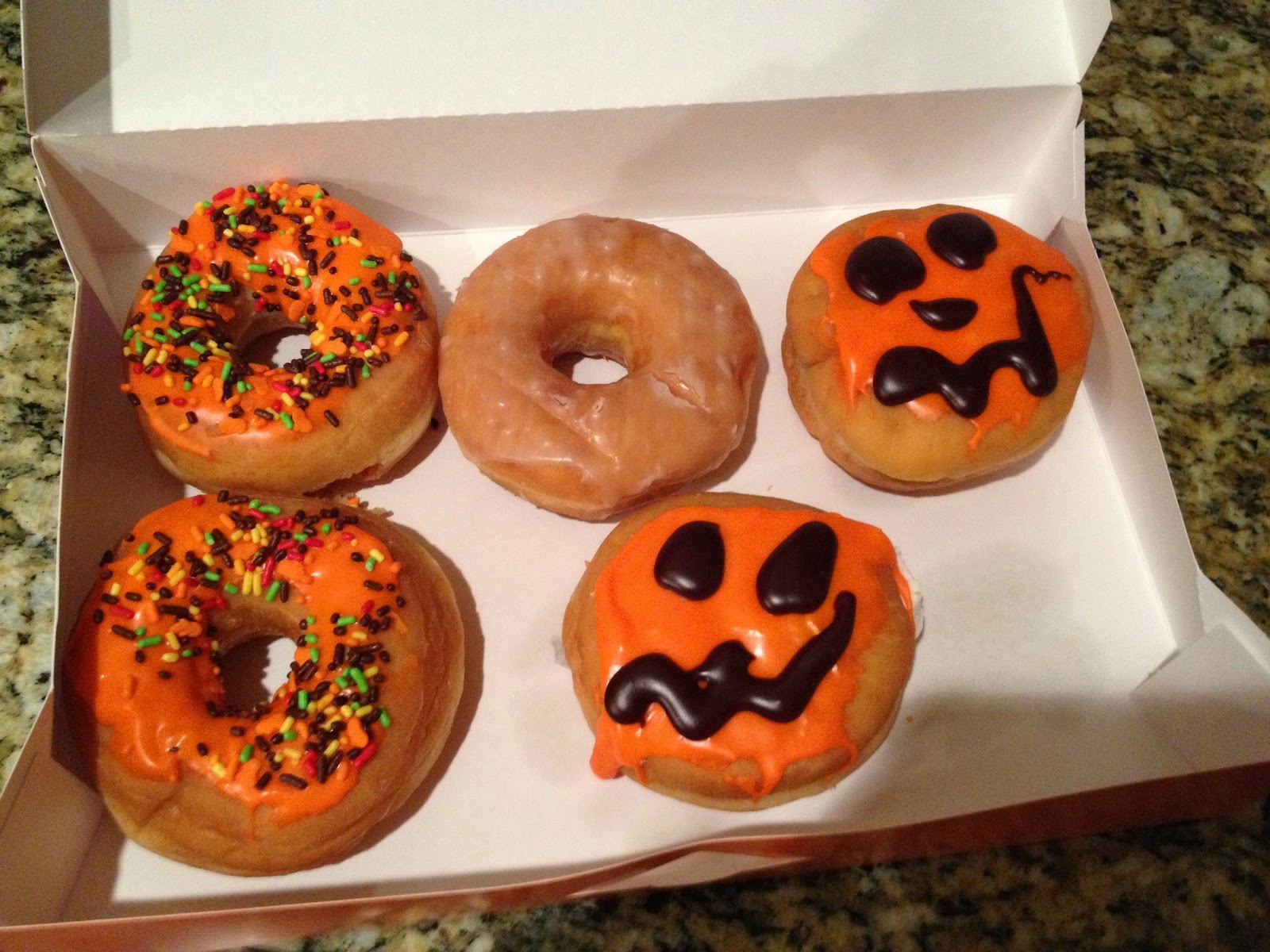 Ben had a half day of school so he got to join us a Mayfair for Kate's Halloween party.  We got to see Perry which is always great!  Perry didn't recognize Ben with his crazy hair. 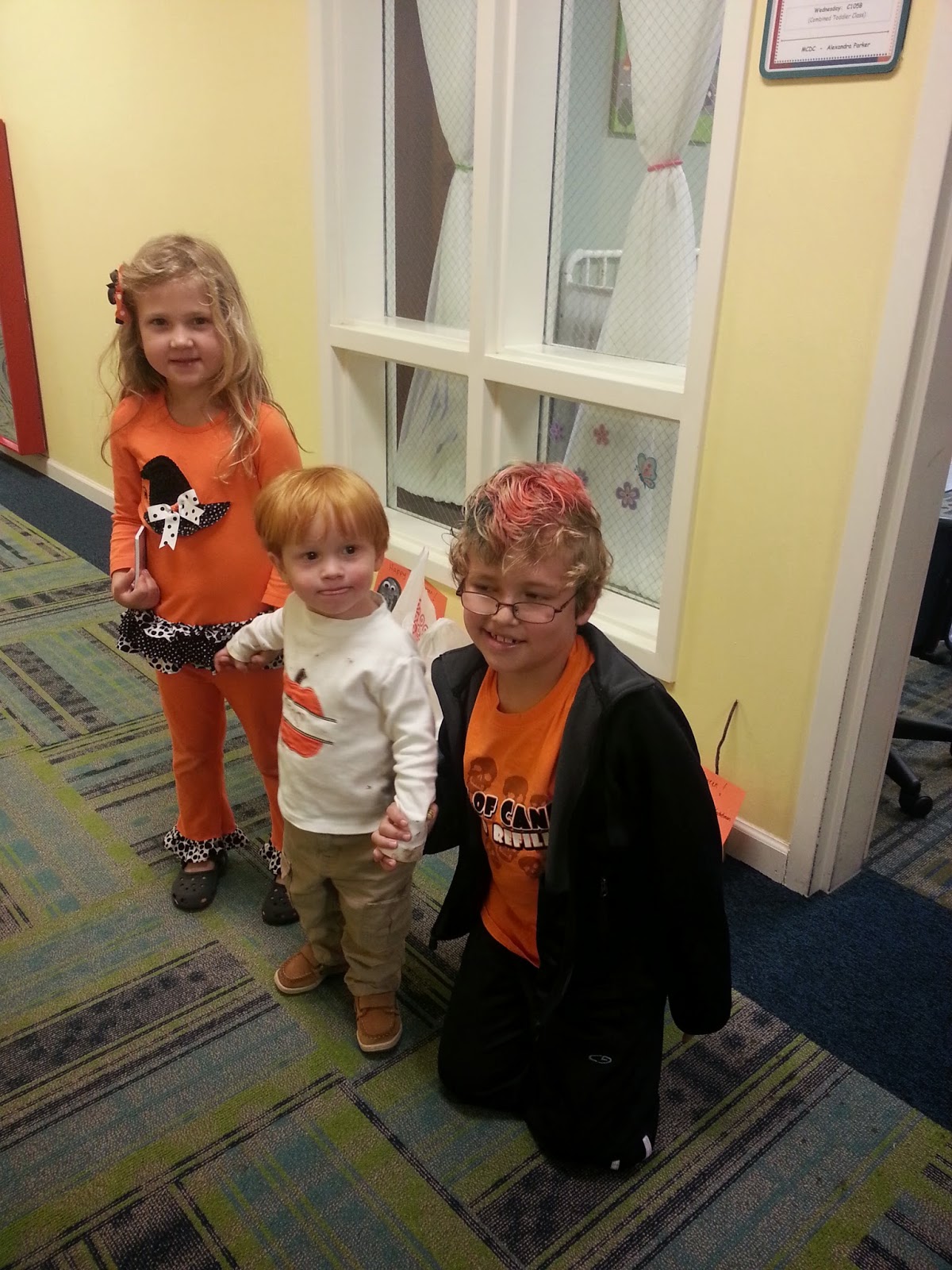 Kate's class had a fun little party with food, games and crafts. 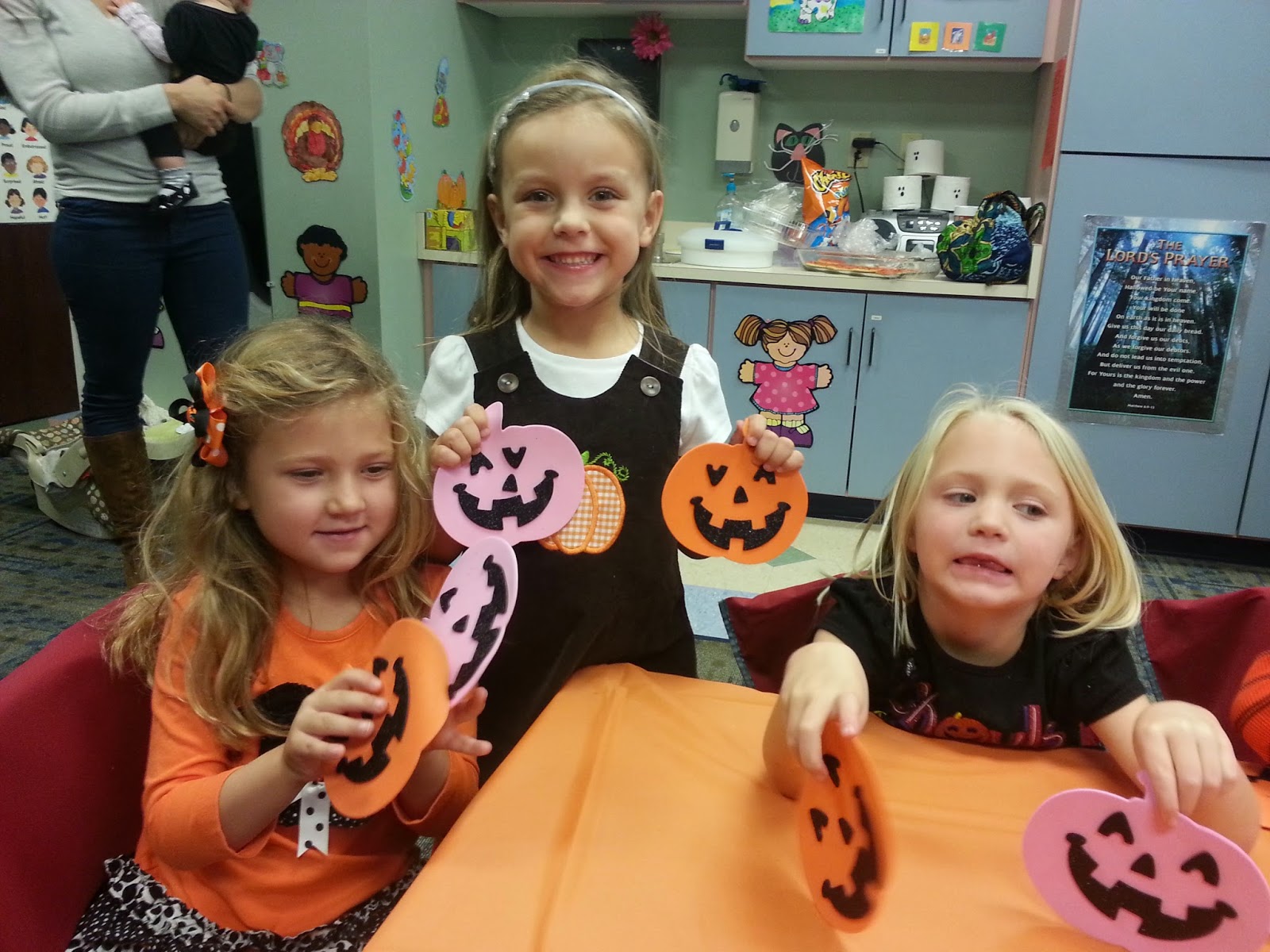 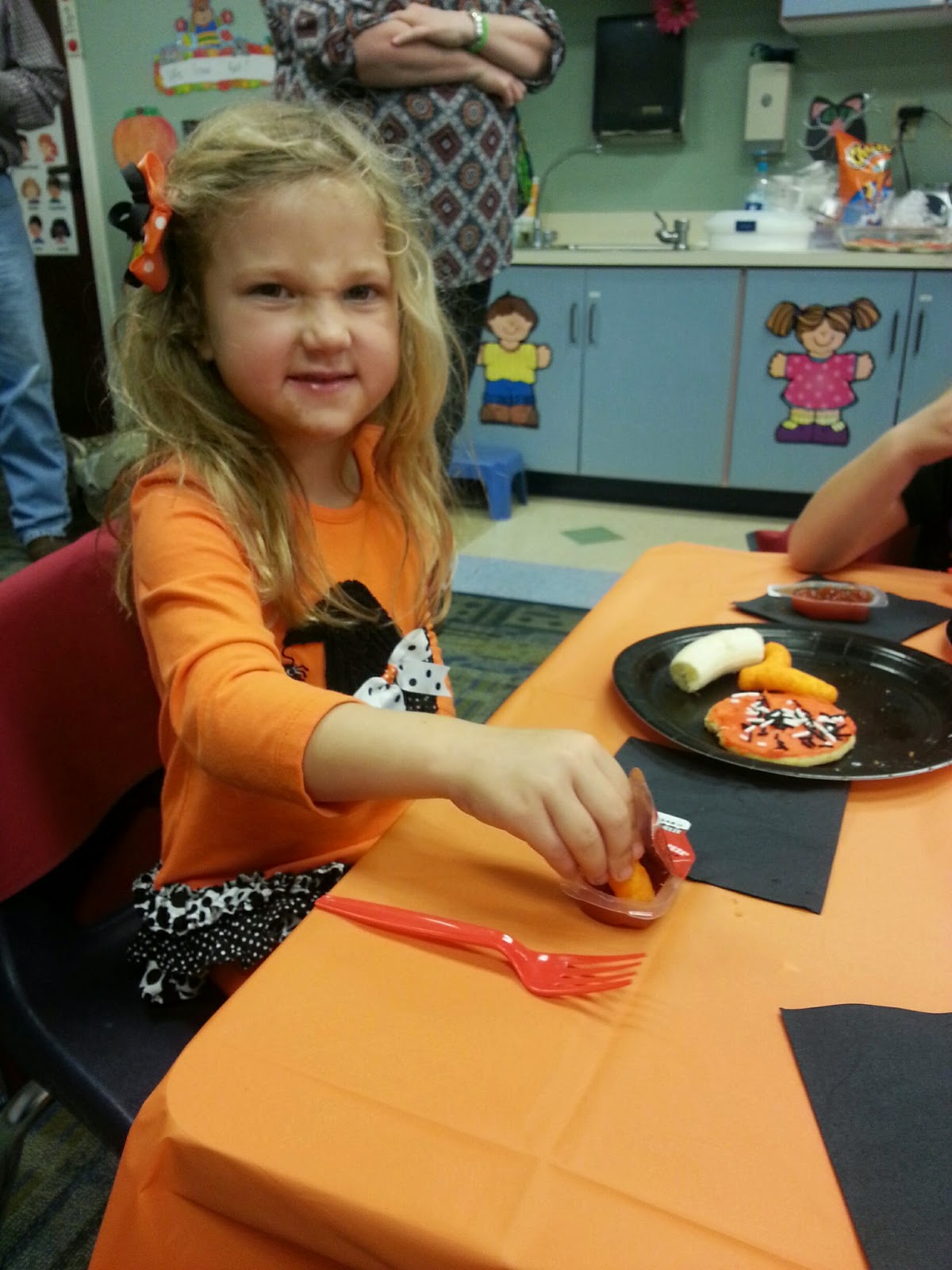 Since the kids chose their own costumes they were super excited.  Kate was Elsa (like every other little girl this year).  Ben was a ninja. 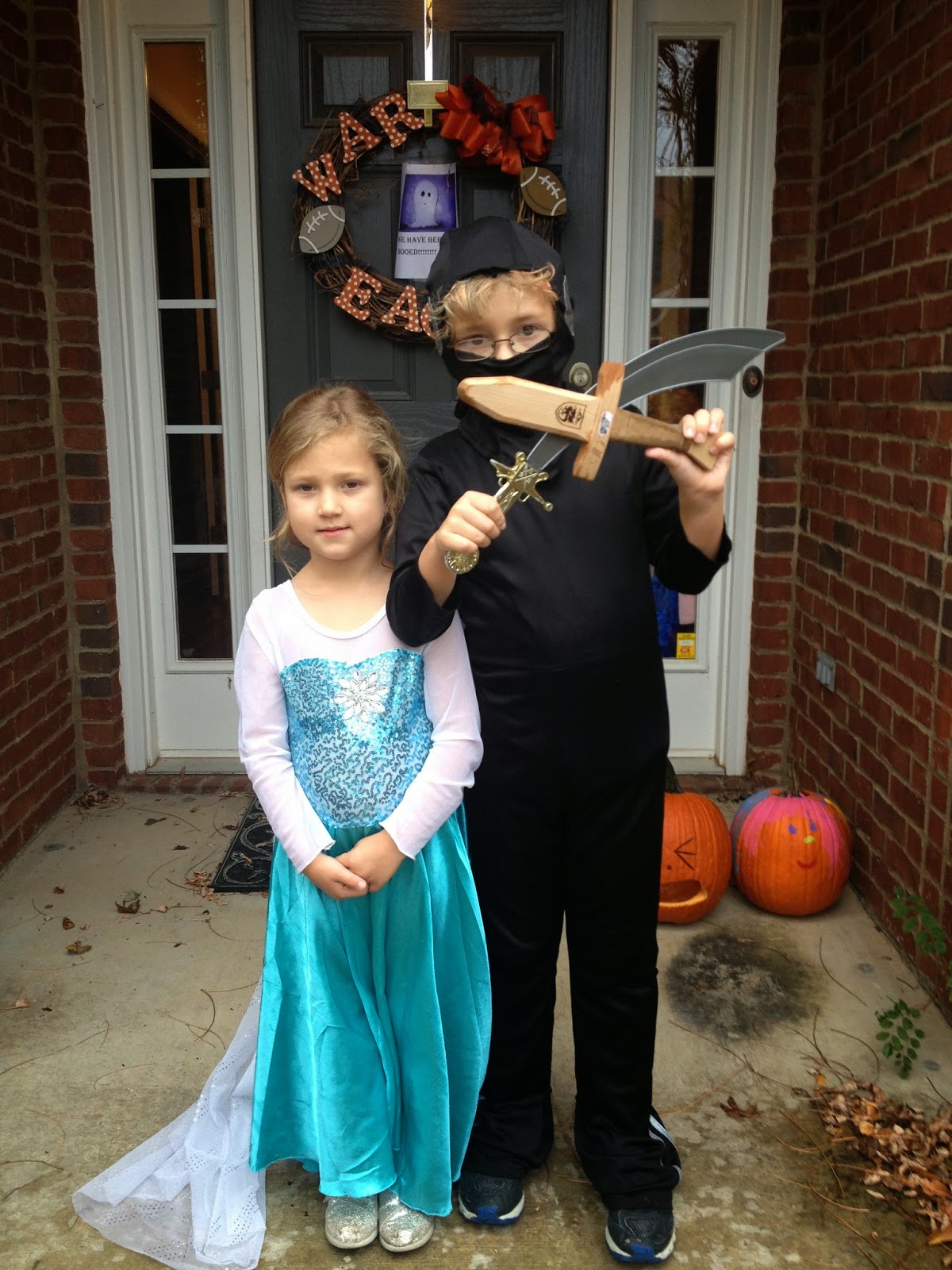 I told them to pose and Kate did the Elsa freeze pose and Ben was ready to attack. 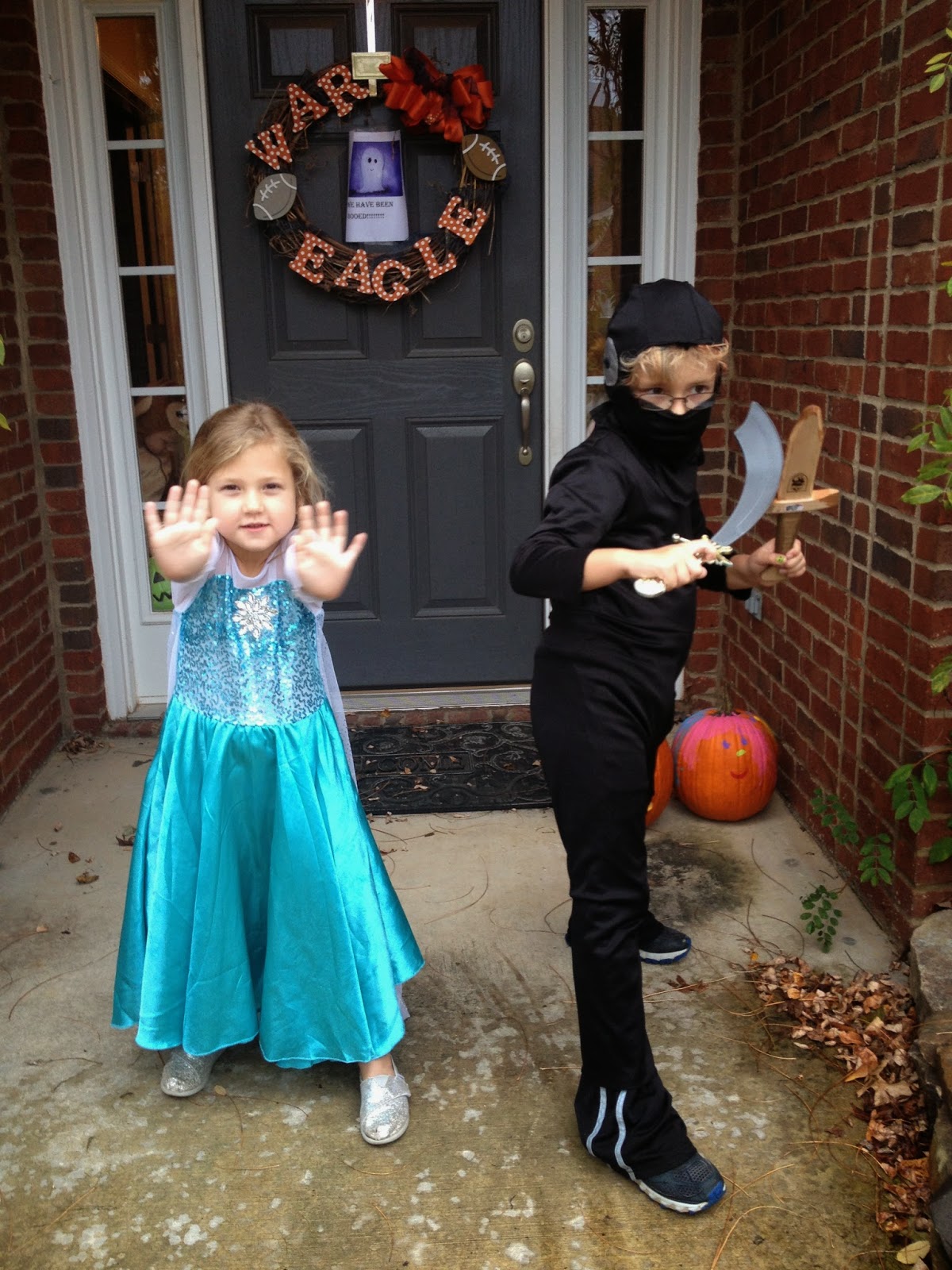 The McClures came over for a little pre trick or treating dinner.  We have gone out with them on Halloween for years so it is our tradition.  After filling up on pizza and chicken chili, we headed out.  The ninjas were excited and ran on ahead. 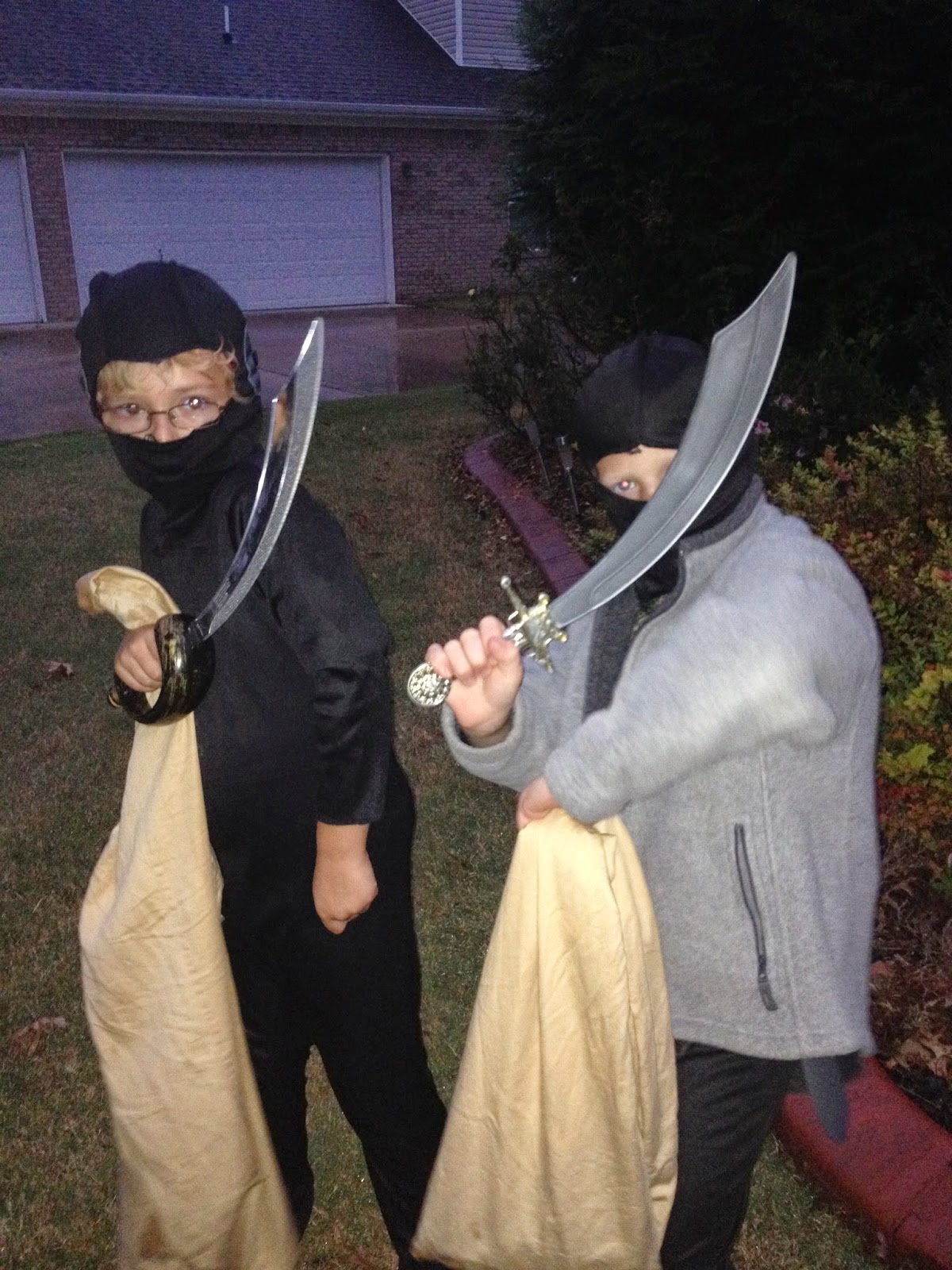 Elsa and Anna were a little sluggish but did well. 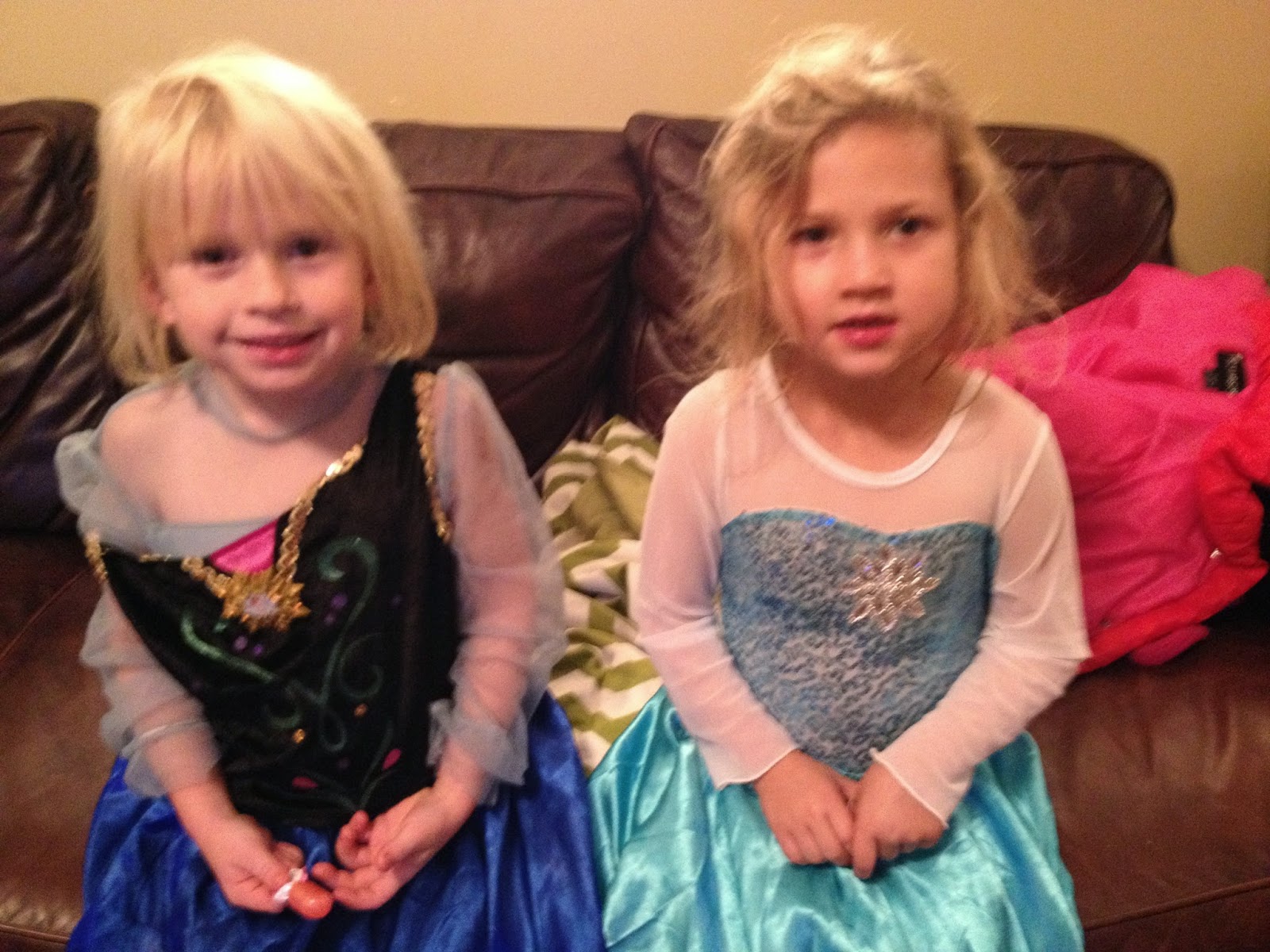 It was FREEZING!!!!  A cold front came through during the day and the temps were in the 30's with 20 mph wind.  It was insanely cold!  We made it a street and a half before the girls were done.  The boys were still running hard.  The went out for a total of 2 hours and got an insane amount of candy! 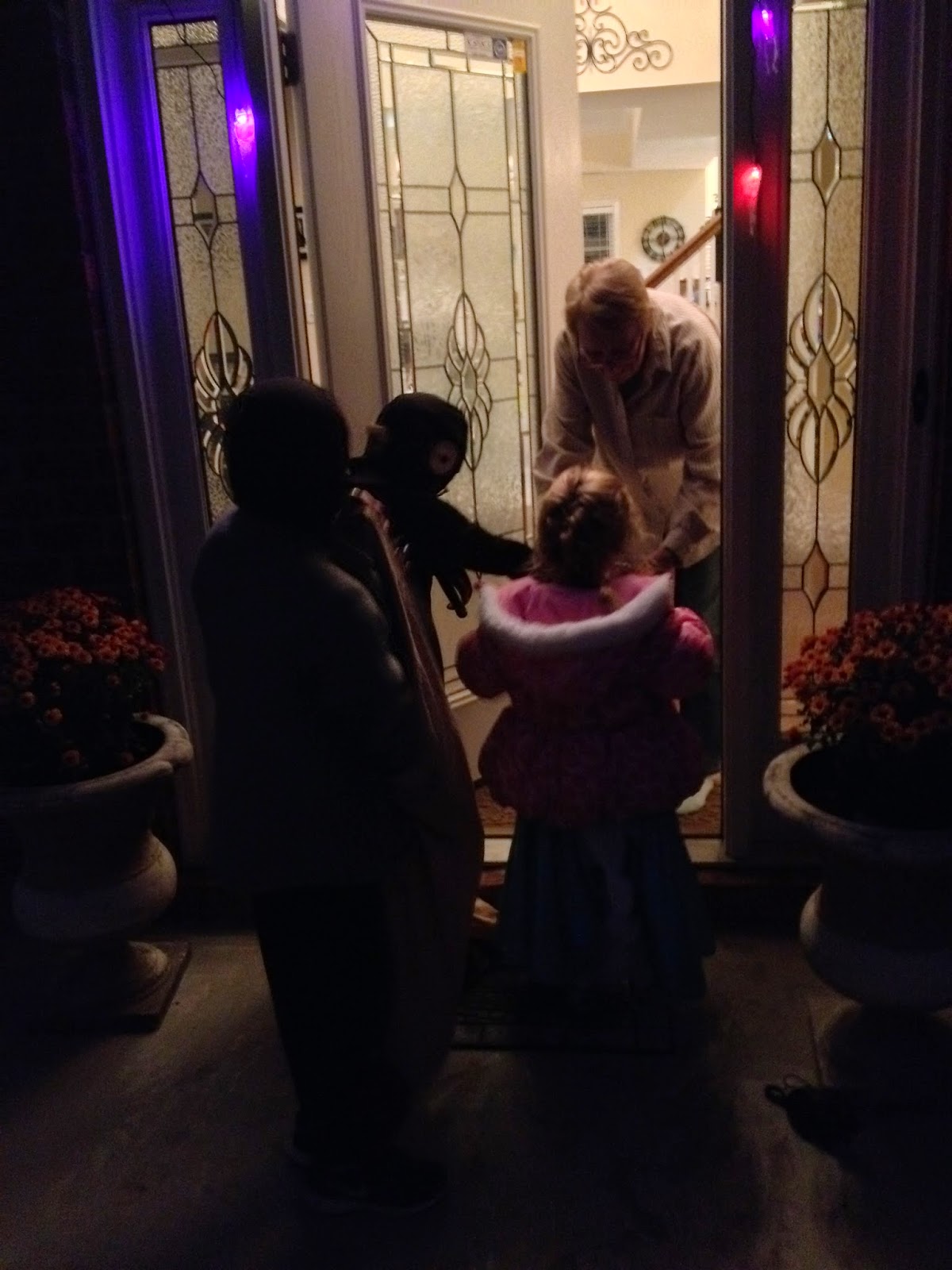 Kate was excited with her haul even if it wasn't as much as Ben. 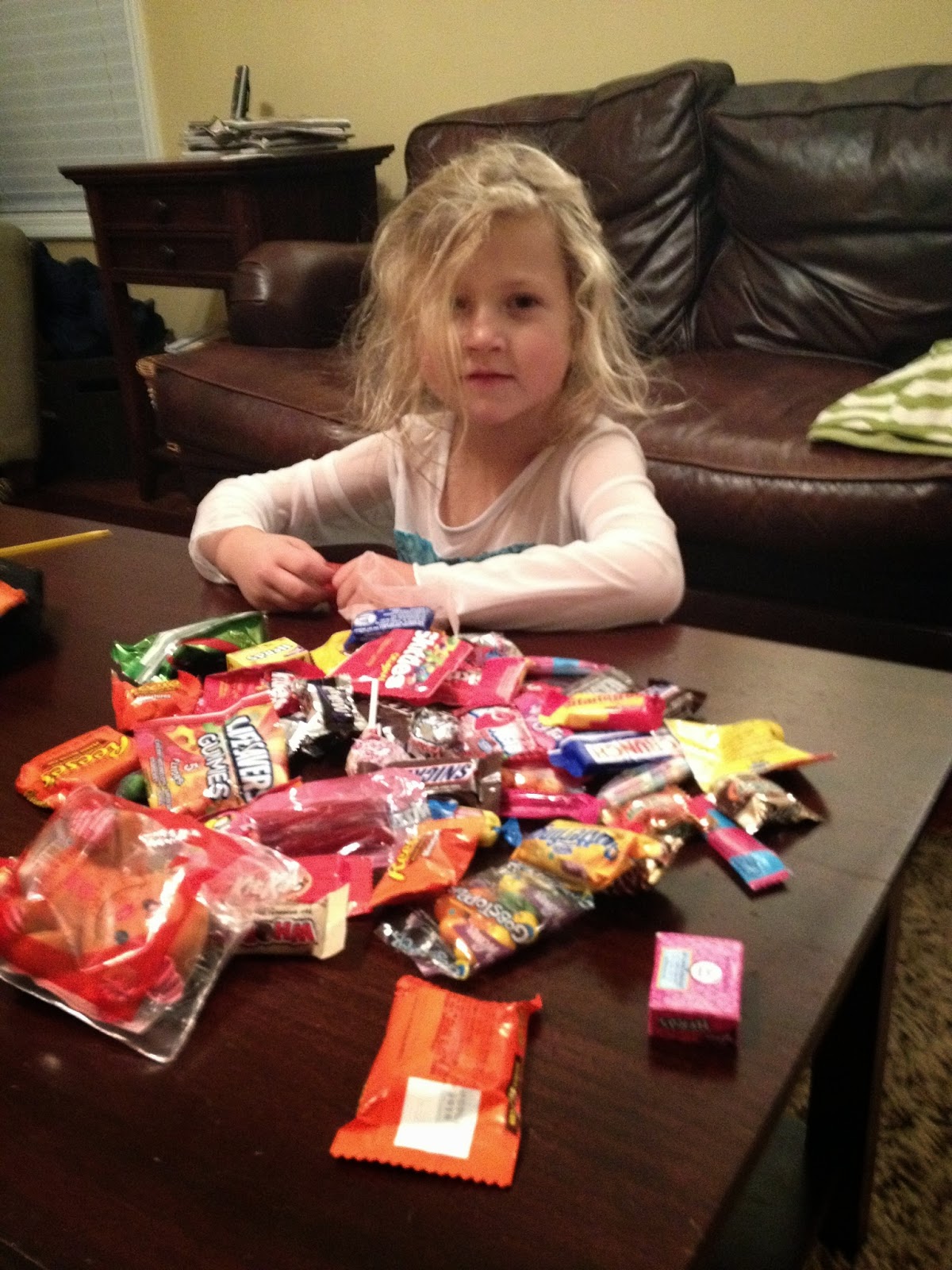 It was a perfectly relaxed and fun Halloween!