Sorry it has been a few days.  I have had several people ask when the rest of the trip posts will be up.  Hopefully soon!!!  Our April is crazy busy.  Usually it is May that gets crazy but this year it is April.  Every weekend we have lots of different things going on plus regular life during the week.  I will get back to the trip tomorrow hopefully.

The end of last week was really busy getting ready for a yard sale.  Our community does a sale two times a year and it is insane how crazy it is.  The weather was perfect which meant there were tons of people who came.  We had so much stuff to get rid of!!!  And we got rid of it all!!   There were lines of people to buy all of our junk.  It was great!!!  We made lots of money and cleaned out.  Couldn't have been better.  It was fun to hang out with my parents all morning too.  Thanks to Matt's parents for keeping the kids so we could concentrate on selling. 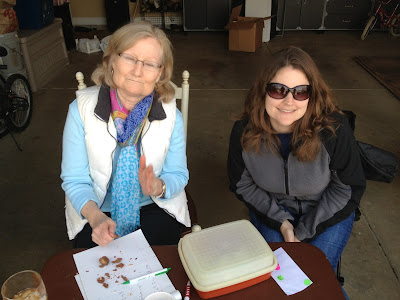 This was near the end of the sale.  I wish I had a picture of all the stuff before we started.  There was so much stuff! 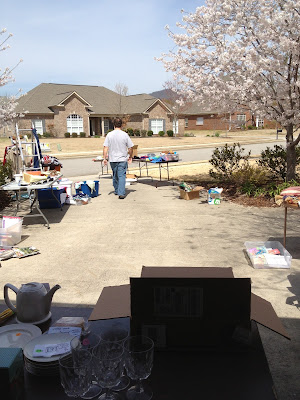 After selling, we got ready for Ben's first t-ball game. 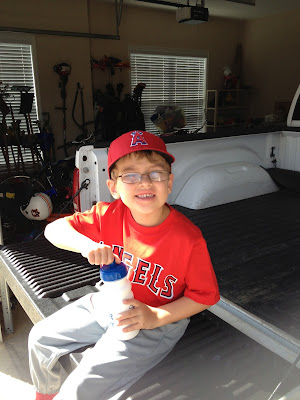 He looked so cute in his red Angels uniform! 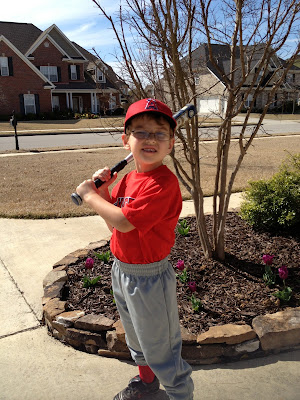 He had a great game.  The difference between this year and last is huge.  He was so energetic and engaged in the game.  He played first base and did a great job catching the ball.  He got a couple of good hits as well.  So proud of him! 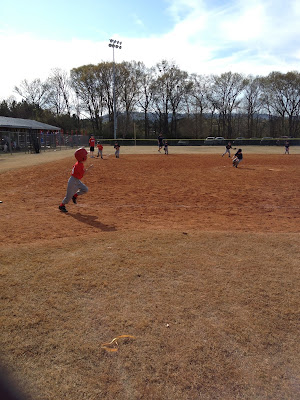 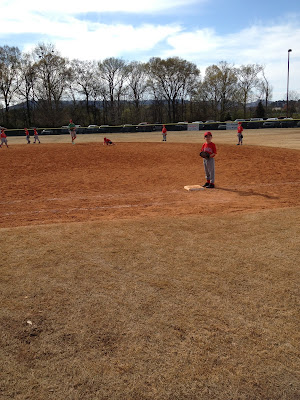 After an early morning and a long day in the sun we were all exhausted Saturday night.  It was an early bedtime for all of us.

After church today Kate and I had a fun outing planned.  We went to see the local ballet company put on sleeping Beauty.  Kate had been talking about it all week.  As we were leaving church she was telling everyone she was going to the ballet. 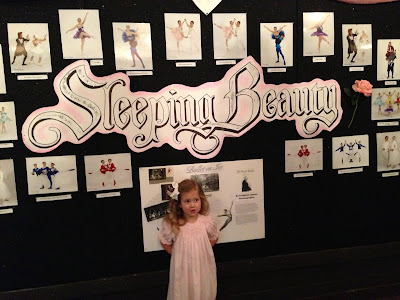 Granna and Aunt Kelly went along with us.  It was a fun girl's afternoon out! 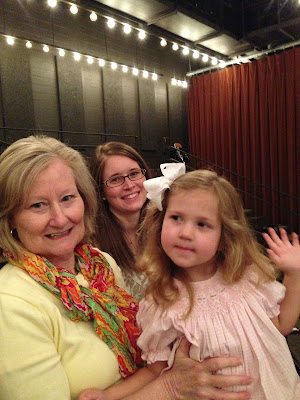 Kate did really well during the ballet.  She got a little wiggly but it was a little long for her (and me. I have to admit I am not a huge fan of ballet).  It was really geared towards little girls so that was fun.  They let them come up during intermission and do a little dance on stage.  Really cute. 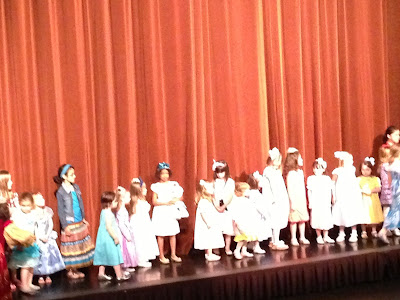 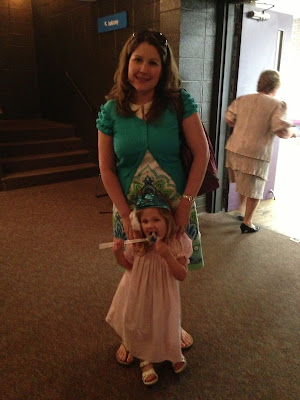 Such a fun afternoon with our little princess!! 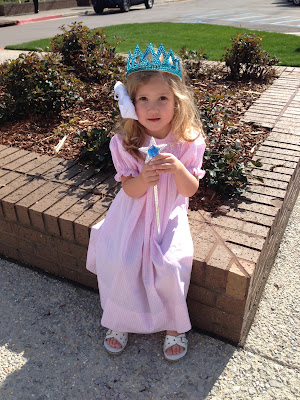 Whew!!  We made it through one weekend.  Lots more fun to come!!