We were up bright and early on Wednesday morning for a fun day in Belize   Since we had to be off the boat early we had room service in our room.  Have I mentioned how much I love cruises because you get to have free room service!!!! 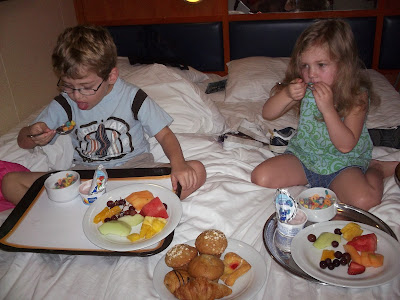 Our day in Belize involved a fun 2 hour boat ride down the Old Belize River looking at wildlife and then a tour at some Mayan ruins.  It was awesome!!! 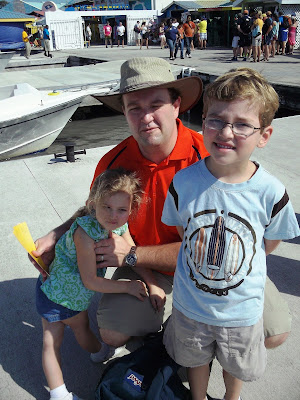 We fell in love with Belize!!  It is a beautiful country and the people were delightful.  Belize is trying to lure Americans to the country so Americans who move there don't pay income taxes.  Land is cheap. So we are thinking if things don't work out here we maybe moving to Belize. 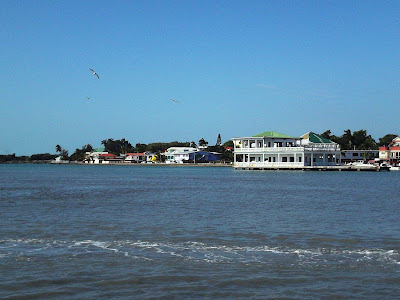 The boat ride was really fun.  It was super fast which provided natural air conditioning since it was sort of warm. 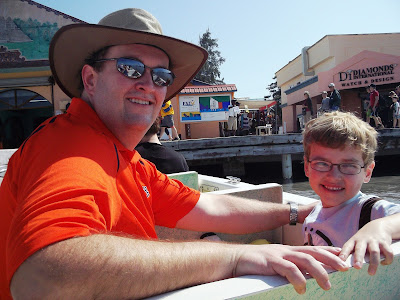 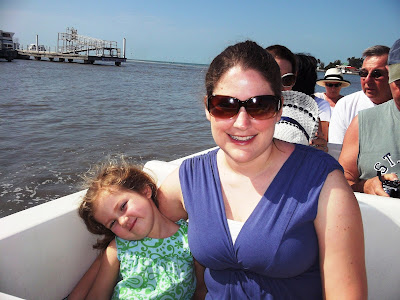 We got to see some amazing wildlife along the river.  The mangroves were great.  We saw manatees, bats, iguanas, crocodiles, birds and monkeys. 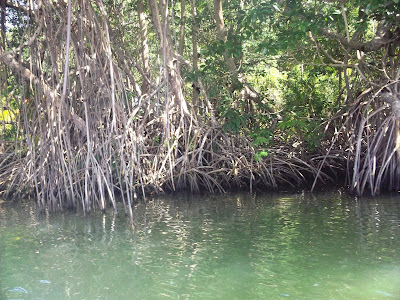 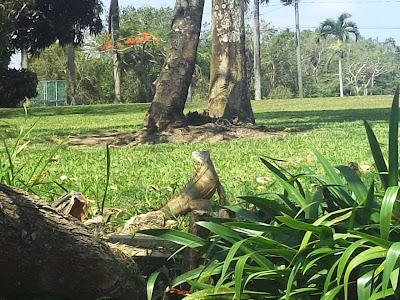 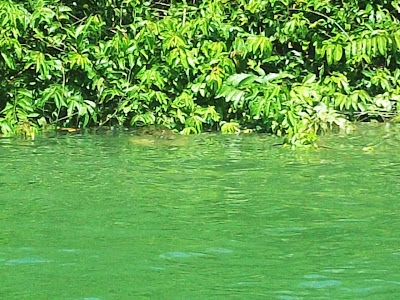 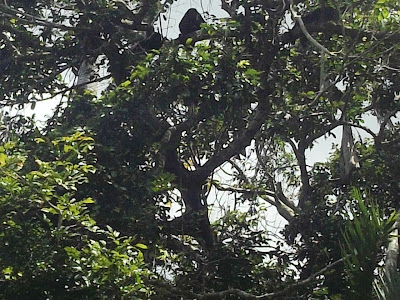 We then stopped at a local restaurant for a yummy traditional Belize lunch of chicken, rice, beans and plantains.  The kids actually really enjoyed it! 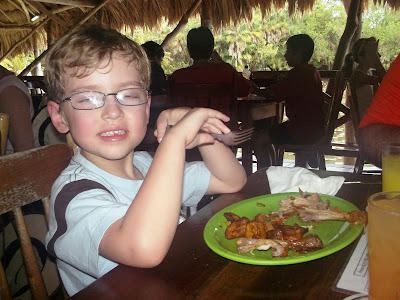 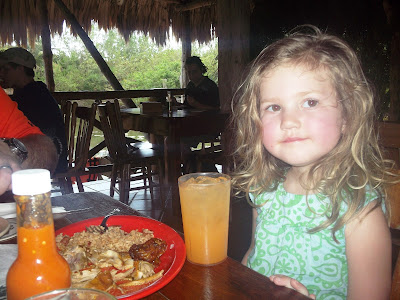 After such a good lunch Matt had to take a little siesta! 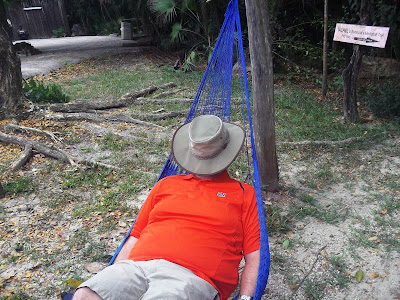 Then it was off on a super bumpy bus ride (we learned why they don't pay taxes - they also don't have good roads) to the Altun Ha Mayan ruins. 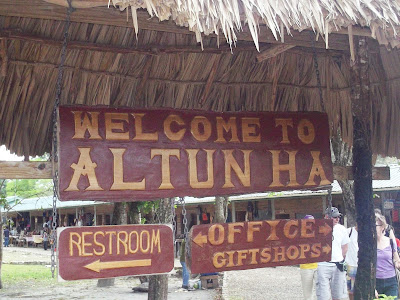 The ruins were just amazing.  They were about 1,800 years old.  So impressive.  We learned lots of things about the Mayans and their civilization   It was really interesting. 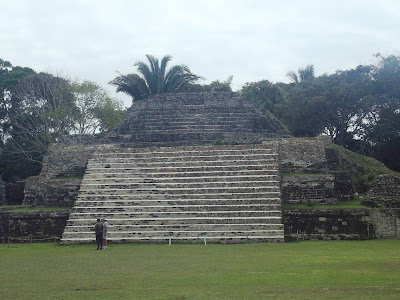 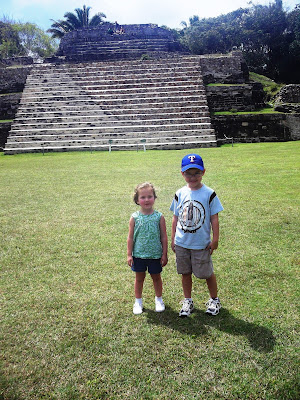 We got to climb up on the ruins which was just awesome!! 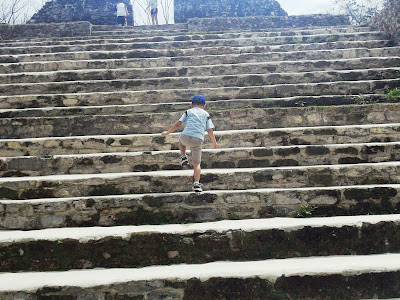 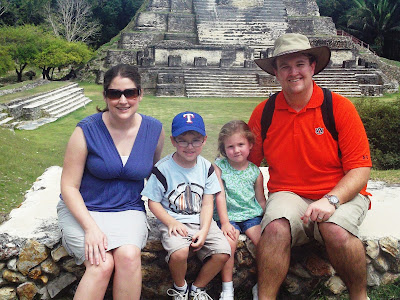 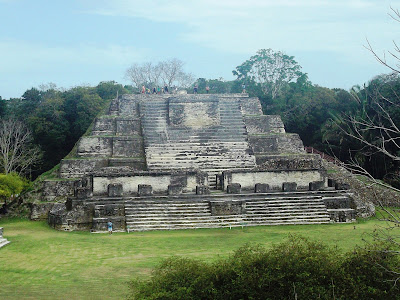 The kids had a blast running around and enjoying some wide open spaces. 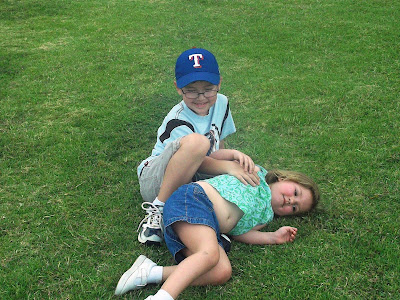 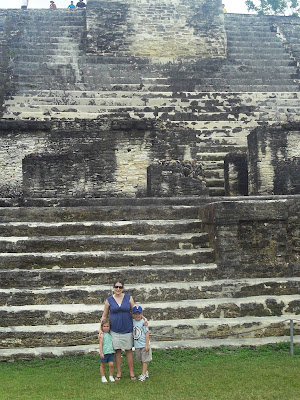 We took the big climb up the largest of the ruins.  It was quite a climb!! 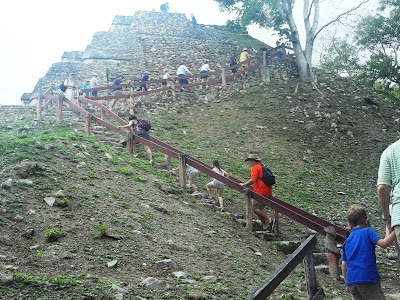 But the view from the top was spectacular!!! 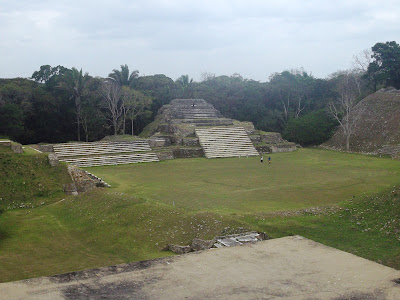 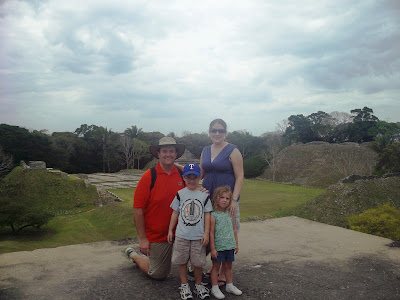 It was another long bumpy ride back to the boat but it was great!!  We loved Belize and can't wait to go back.  Once back on board we headed to the pool.  Ben was excited to go down the big slide in the main pool. 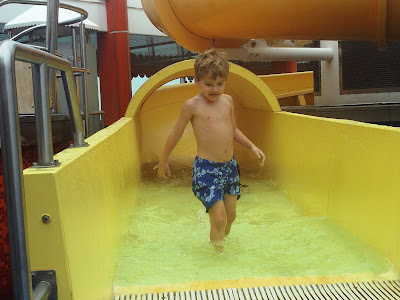 Both the kids enjoyed some hot tub time! 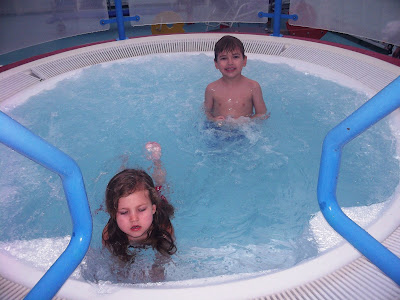 It was time for dinner and some family Lego building time. 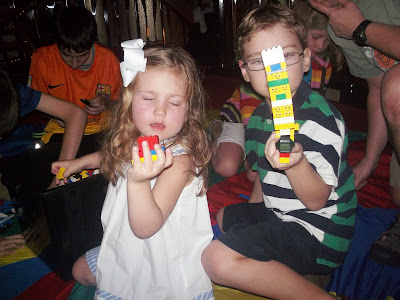 Matt and I enjoyed an amazing show with Russian acrobats while the kids had jungle night in kids club.  Kate came back as a tiger! 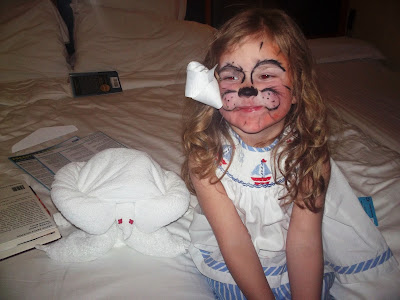 It was such a great day!  I am so glad we were able to visit Belize.  Up next was some amazing adventures in Honduras!