I have really enjoyed looking back at Toomer's pictures over the past few days.  So many wonderful memories tied up in the trees.  Here is a picture of my grandfather (Papa Perry) in Samford Park in the late 1930's.  This is not right in front of Toomer's but just down from it.  The Auburn roots run really deep in our family. 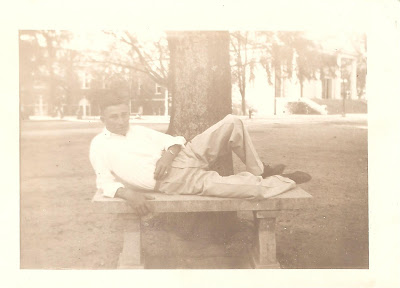 Matt and I have so many fun memories from our Auburn days.  I remember at the end of the big football games we would look at each other and just say "Toomer's."  We would then take the walk up the hill to join in the fun.  Some of my favorite games were the 1999 Georgia and 2000 Florida games.  Matt said his favorite Toomer's memory was when he was playing with the Auburn Knights at the turn of the millennium celebration.  They had a huge street party and rolled the trees at midnight.  He said it was amazing. 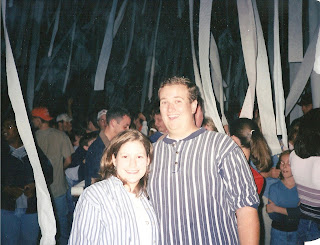 When Auburn won the 2010 National Championship many Toomer's memories were made.  We had 7 inches of snow on the ground that night and we braved the snow to roll the tree in our backyard!  How fun!! 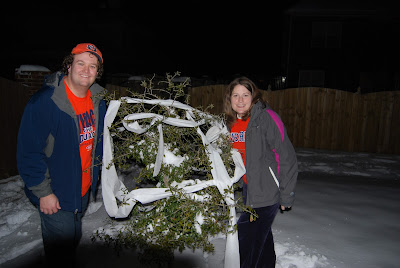 This is my all time favorite picture of Toomer's.  The morning after the National Championship.  Amazing! 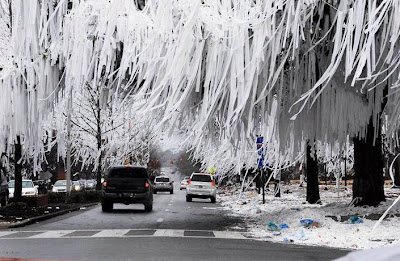 We took the kids to the National Championship celebration in January of 2011.  It was the kids first time to get to roll the trees.  Ben thought it was so much fun.  I mean how many times do you get to throw toilet paper in the trees with mom and dad. 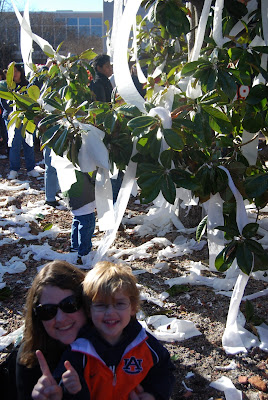 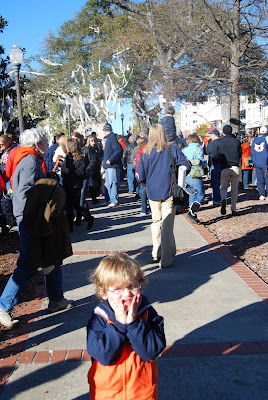 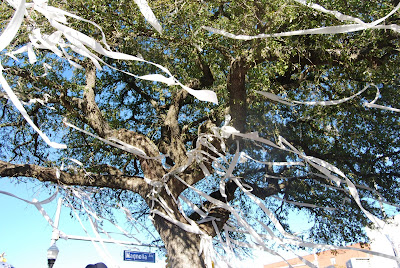 And a family picture in the fall of 2011.  After we found out about the trees being poisoned and we knew it might be one of the last photos of us in front of the trees. 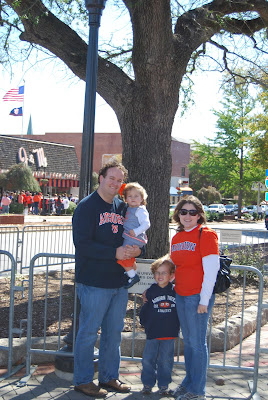 Yes it is very sad that the trees will be cut down in the next few weeks.  But the great thing is that we have generations of memories that will never go away!  No one can take that from us!  War Eagle!