Thursday night we took Ben to Santa's Village to meet the big guy in red. He was very excited to see him. We had been asking him what he was going to tell Santa and he kept saying "Merry Christmas Ho Ho!" He calls Santa Ho Ho so I thought it was cute that is what is wanted to tell him! Here are some pictures from the outing!
Decorating a Christmas cookie 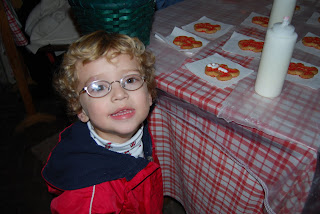 He is very into penguins so he liked having his picture made with the penguin. 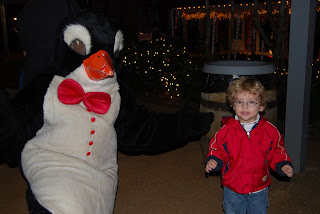 Santa!!! We thought we were being smart this year and going on a Thursday night so the line wouldn't be as long as last year. Everyone must have had that idea because we waited about 1 hour and 45 minutes. At least it wasn't too cold! I thought the pictures turned out cute! 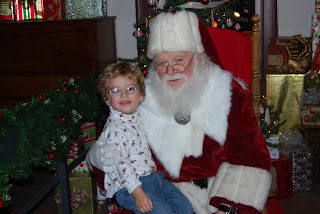 Ben told Santa he wanted some cars for Christmas. 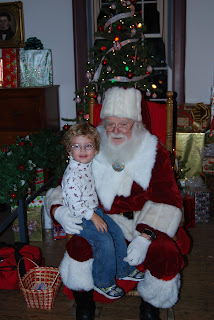 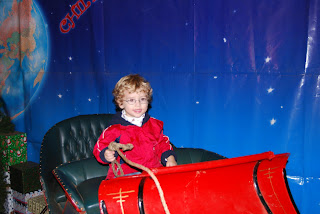 Ben is also very into snowmen this year. His favorite book to read is called "Snowmen at Christmas." So here is Ben as a snowman! 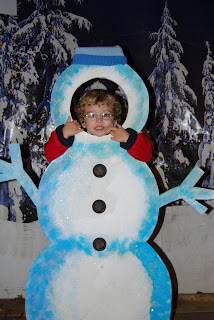 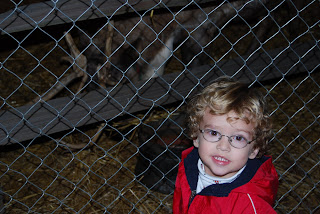